The Mahindra Her Drive sees 25 prominent women from different walks of life come together to drive the new-generation Thar, ahead of its launch on October 2, 2020. 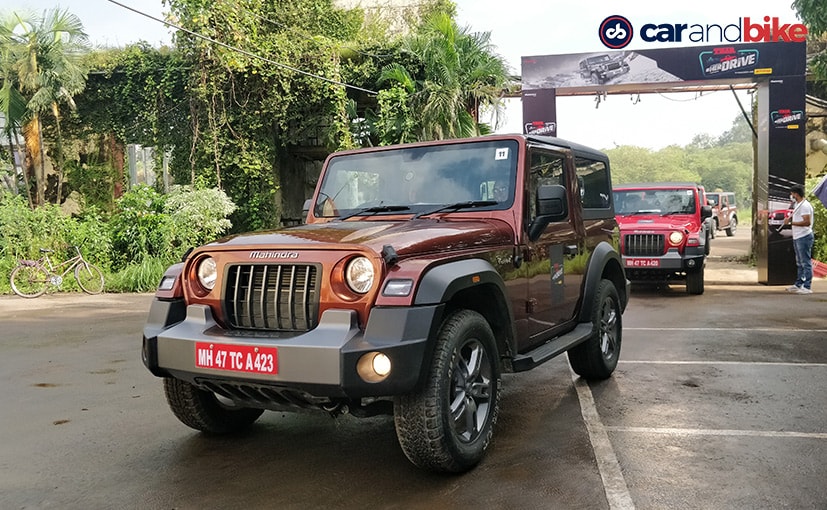 View Photos
The new Mahindra Thar will be launched on October 2, 2020, with deliveries to begin soon after

Mahindra & Mahindra flagged-off the first-ever edition of the Thar 'Her Drive' in Mumbai today. The new initiative witnesses 25 prominent women from different walks of life coming together to drive the soon-to-be-launched new-generation Mahindra Thar from Mumbai to the Mahindra Off-Road Academy in Igatpuri. The single-day event will see the participants not only drive the Thar off-roaderin a convoy from Mumbai to Igatpuri but also experience its off-roading capability under expert supervision at a pre-set course. 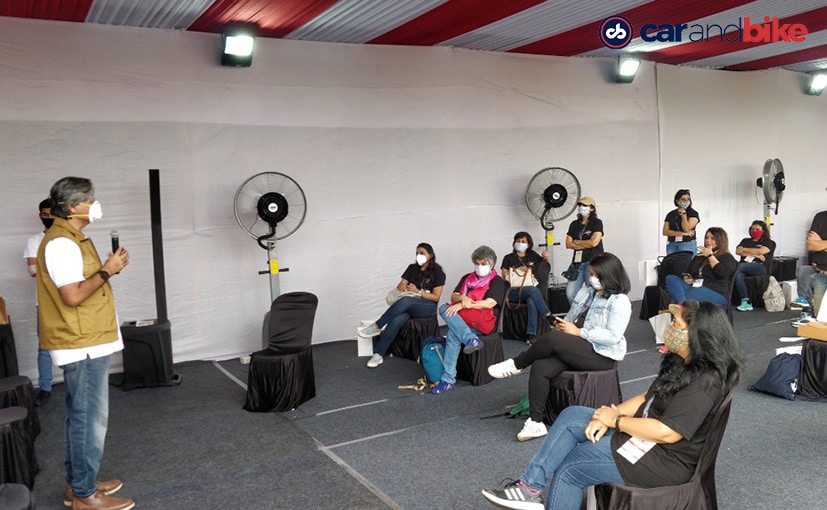 Speaking on the new Thar Her Drive, Vikram Garga, Head of Marketing, Automotive Sector at Mahindra and Mahindra, said, "Today is the day we are bringing 25 women together who have been doing stuff differently in their career, who have achieved a lot in their career, to come and experience the all-new Thar. Just like very capable women and have achieved a lot, we want them to try the all-new Thar, which is equally capable. At the same time, we want more and more women to take off-roading and show it to them how easy and how comfortable and enjoyable off-roading can be. The Thar is actually a vehicle that will allow you to be your everyday vehicle as well as your outdoor adventurous vehicle. And these women are a great example to show to the world to what they've done differently, they can do with the Thar as well." 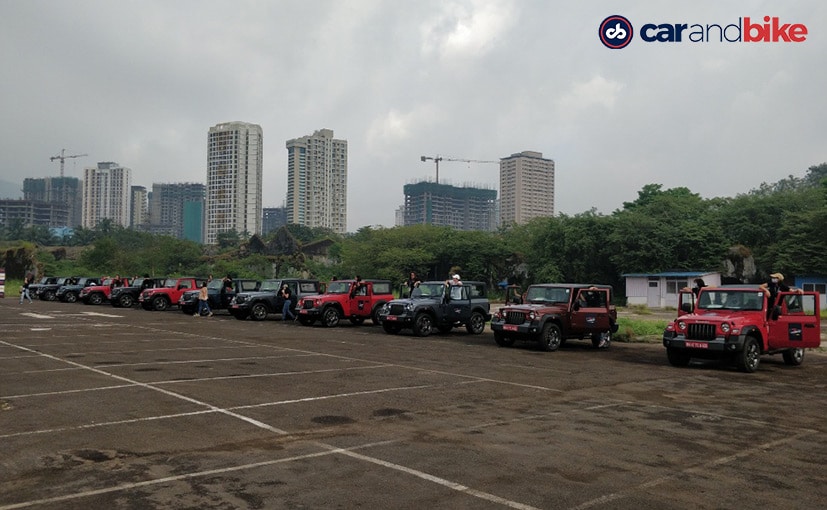 The flag-off saw the Mahindra Thar SUVs in the LX trim ready to depart from Mumbai with a team of two sharing one vehicle. The day started with the registration process, followed by a safety briefing for all the participants. Through the day, the event will maintain all the safety protocols that comprise wearing social distancing, wearing face masks and minimise stops outside of the convoy.

With the 'Her Drive' initiative, Mahindra aims to showcase the versatility of the new Thar that makes it more adaptive for newer buyers, especially women. The bare-bones structure of its predecessor made the Thar desirable but not the most practical choice for day-to-day use. The new-generation version though is all about catering to a wider audience and comes with a more comfortable cabin, more solid build quality, better use of materials and the option of an automatic transmission for the first time on petrol and diesel engines. 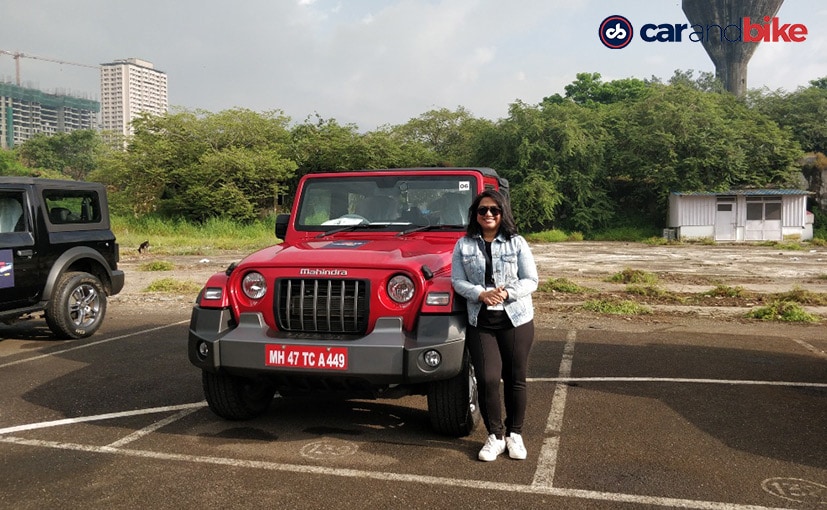 Speaking to carandbike just before the flag-off, prominent journalist, Faye D'Souza, said, "For most women, to drive is a sense of independence and you don't have to depend on anybody at any given point. I think the more women we can award that independence to, especially outside cities like Mumbai, we will actually be able to make a difference. Events like this will encourage more young girls to learn how to drive then that'll be cool."

International professional polo player, DJ and drummer, Rina Shah was also part of the drive and said, "I think it's a great initiative because usually, these kind of cars are always associated with men of heavy-duty driving but this initiative shows that women have the power and women can drive anything any car and can do anything, especially play polo. We are all excited and I think it is a super initiative." 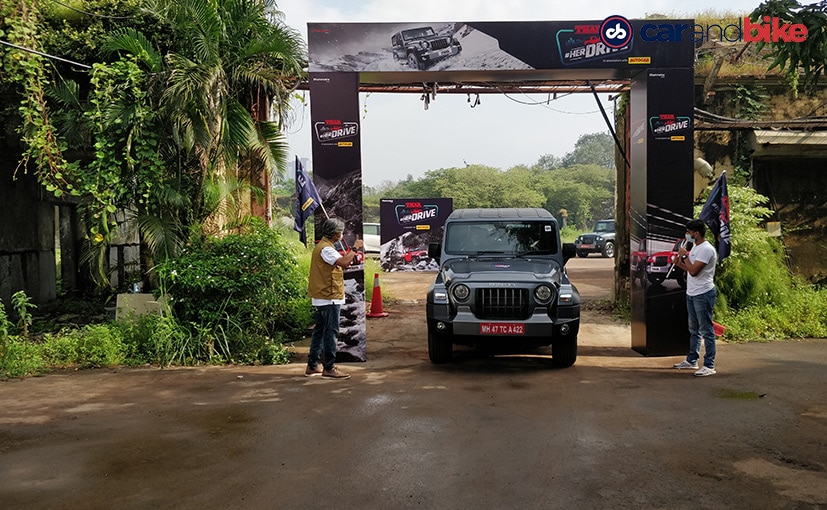 The new-gen Mahindra Thar is far more convenient to drive than its predecessor, which also widens its customer base

The new Mahindra Thar is offered with a powerful 2.0-litre turbo petrol engine that develops 150 bhp and 320 Nm of peak torque, while the tried and tested 2.2-litre mHawk diesel engine produces 130 bhp and 320 Nm of peak torque. Both engines come with a 6-speed manual and torque convertor. The model also comes with a manual shift 4x4 transfer case as standard. The cabin has seen a complete overhaul with an upmarket appearance, new touchscreen infotainment system with Apple CarPlay and Android Auto, vehicle telematics, cruise control and more.

We have driven the new-generation Mahindra Thar, both on-road and off-road, and have told you all you need to know about the upcoming offering. Mahindra continues to withhold the price on the new Thar for now and the prices will be announced on October 2, 2020, coiniciding with the auto giant's founder's day. The new Thar will take on the Force Gurkha as well as the Isuzu D-Max V-Cross pick-up in the segment.

Hyundai i20 N Revealed For European Markets
48 minutes ago

Tesla Fires The Man Behind Its GigaFactories
19 hours ago