The Mahindra Mojo UT 300 is based on the original Mojo introduced in 2015, but gets stripped off a few features to make it more affordable than the current model. 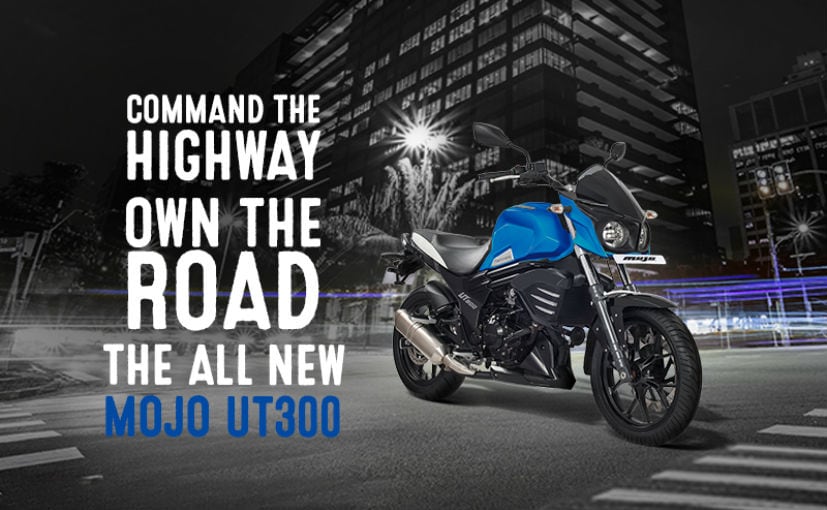 We've been telling you about the low-cost variant of the Mojo for a while now, and Mahindra Two Wheelers has finally launched the new Mojo UT 300 priced at ₹ 1.49 lakh (ex-showroom, Delhi). The Mahindra Mojo UT 300 is based on the original Mojo introduced in 2015, but gets stripped off a few features to make it more affordable than the current model. Mahindra says the new UT badging stands for 'Universal Tourer'; while the standard Mojo has been rebranded as the Mojo XT 300 or Xtreme Tourer 300. Mahindra is offering a ₹ 10,000 introductory benefit on the Mojo UT 300, which is valid till March 2018.

Speaking on the launch, Prakash Wakankar, CEO - Mahindra Two Wheelers Business said, "At Mahindra, we have always believed in innovation and providing our consumers with an exciting value proposition. With the launch of the Mojo UT 300, we believe that we have an exciting product offering for the new age bike enthusiast. With the launch of this new variant, the Mojo will now be available to a wider range of consumers in more than 60 cities across India." The Mahindra Mojo UT 300 shares its underpinnings with the XT 300, but gets skimped on a few features. The 295 cc liquid-cooled, 4-valve, single-cylinder engine is the same but gets a carburettor fuel system instead of fuel injection. Power output has seen a significant drop on the UT 300 with the motor churning out 23 bhp and 25.2 Nm of peak torque. The engine is paired to a 6-speed gearbox. In comparison, the XT 300 with FI makes 27 bhp and peak torque of 30 Nm.

Other salient features include 320 mm petal front disc brake and a 240 mm unit at the rear, 17-inch tubeless tyres from MRF and a gas charged monoshock rear suspension. The front unit now gets telescopic forks instead of a USD setup.

That said, the Mahindra Mojo UT 300 continues to retain the touring friendly bits including the 21 litre fuel tank, upright riding position and a semi-digital instrument console. The UT 300 also gets MRF tyres, instead of the Pirellis available on the XT 300. Aesthetically, the bike remains identical to the XT 300 but you miss out on the eye-brow themed LED DRLs, golden coloured twin-bars and twin exhausts. The UT 300 also gets the new ocean blue paint scheme that is available on the XT as well.

With a price difference of around ₹ 20,000, the Mahindra Mojo XT 300 gets all the bells and whistles, the bike is known for including USD forks, electronic fuel injection system and Pirelli Diable Rosso II tyres. ABS is still a miss on both versions.

KTM 200 Duke
₹ 1.73 Lakh *
View More
Subscribe to Our Newsletter
Over 1.5+ Lakhs subscribers
Thank you for Subscribing to Us