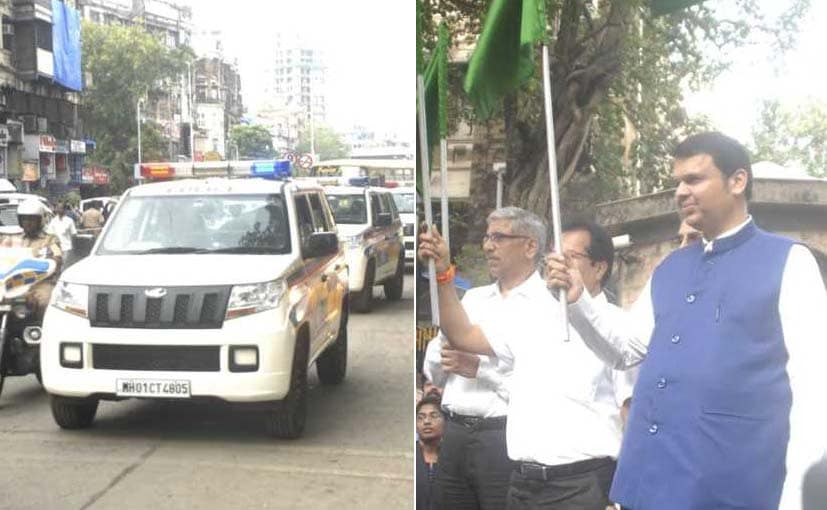 The Mahindra TUV300 is not the first model from the company's fleet that has been used by the Mumbai Police. In fact, the carmaker's top-selling UV, the Mahindra Bolero, has been a long-standing partner of the city police. The TUV300s inducted by the Police force are all based on the T4+ trim of the SUV. Furthermore, to effectively represent the Mumbai Police, the SUV also comes with some visible changes like the yellow-blue chequered decals with the Police insignia on either side of the SUV. Being the police patrolling cars, the SUVs also comes with roof-mounted LED lights with a siren, possibly a public address mechanism and few other gadgets.

Features offered in the T4+ variant of the TUV300 include - power steering with tilt adjustable function, Eco mode, dual airbags, ABS with EBD, and ISOFIX mounts for the second row. The SUV offers seating for 7 people but the last two seats are not exactly roomy, so wrongdoers, don't expect a very comfortable drive.