Mahindra Electric handed over a fast charging unit for use on the cars to the not-for-profit NGO as it works to make the world accessible to people with disabilities and promote inclusion of marginalised communities. 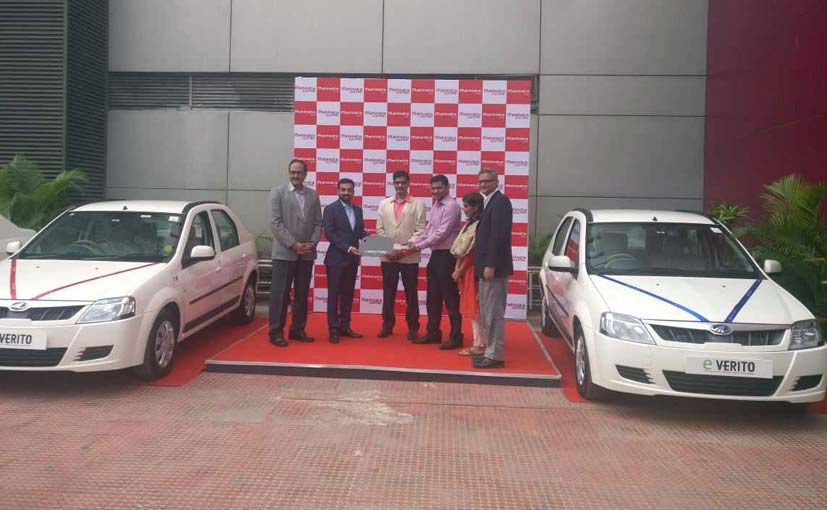 Automobile maker Mahindra Electric on Monday donated three battery-driven cars under its CSR initiative to an Non-Government Organisation (NGO) working for the physically challenged. The battery-powered cars have been modified to install a swivel out mechanism on the front co-passenger seat. The company handed over a fast charging unit for use on the cars. The not-for-profit NGO said it works to make the world accessible to people with disabilities and promote inclusion of marginalised communities.

"NGO Wheels of Change will use our customised electric vehicles (eVeritos) as cabs under its initiative 'KickStart' to enable differently abled to ferry their passengers safely," Mahindra Electric said in a statement here.

"The electric cars have been aligned to offer mobility for all, including the handicapped, under our Corporate Social Responsibility (CSR) initiative," said Mahindra Electric Chief Executive Mahesh Babu.

The customised electric cabs can also be hired by wheelchair users and crutch walkers to visit public places like parks, toilets and open grounds.

"We have worked as research and design partner for KickStart Services Ltd to promote transporting people with disability and senior citizens," Shetty said in the statement.

"The aim is to make public places accessible even to the handicapped than keep them in isolation," added Shetty.

Tata Tigor
₹ 5.75 - 7.49 Lakh *
View More
Subscribe to Our Newsletter
Over 1.5+ Lakhs subscribers
Thank you for Subscribing to Us