Mercedes-Benz EQA Concept Electric Car To Be Made In France

Mercedes-Benz announced that it will produce the EQA Compact Electric Car and technology brand EQ at the Hambach plant in France. 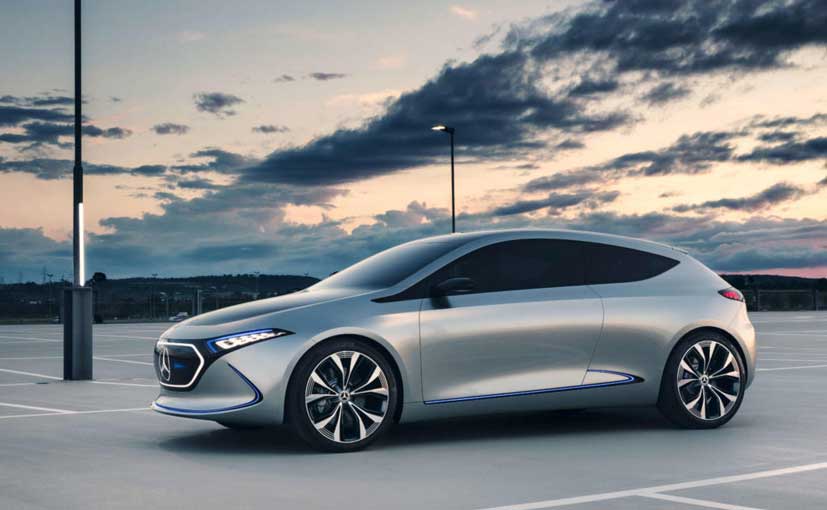 Mercedes-Benz is expanding its capacities for electric cars in Europe and for this very reason, the German carmaker has announced that it will produce the EQA Compact Electric Car and technology brand EQ at the Hambach plant in France. Head of Mercedes-Benz Cars made the announcement after a meeting with the French President Emmanuel Macron at the Elisee Palace in Paris.

The first electric @MercedesBenz made in France!
Thank you Dieter Zetsche for your commitment. Your choice of investing in France shows that France is back. #ChooseFrance pic.twitter.com/6F0cRBUcTR

Dieter Zetsche, Head, Mercedes-Benz Cars said, "20 years ago we started an exemplary German-Franco project with the production of the smart in Hambach. Now we take the next step and for the first time in our more than 100-year old history we bring the production of Mercedes-Benz to France. With the compact EQ model from Hambach we continue our electric initiative."

Moreover, Mercedes-Benz will also invest a total of around 500 million euros in the Hambach plant and in the product. The investment of around 500 million euros will be spend for the construction of new facilities and also flow in the product itself: With state-of-the-art technology a new body shop and surface treatment will be build. The plant will also expand the assembly facilities and reshape the site's infrastructure.

Dr. Annette Winkler, Head of SMART said, "The Hambach site in France features many years of experience in building fully electric cars. We want to take advantage of the enormous expertise and prepare the plant for the production of an electric Mercedes-Benz. We are investing a total of around 500 million euros in the Hambach plant and in the product."

Mercedes-Benz plans to launch more than ten electric cars by 2022 throughout all the segments- from smart to large SUVs. The company hopes electric models will represent a share of somewhere between 15 per cent and 25 per cent of total Mercedes-Benz sales by 2025. From 2020, the brand smart will only offer electric vehicles and thereby, it will be the first automotive brand of the world, which completely changes from combustion engines to electric drives.