All the SUVs do stack up closely in terms of overall features, specifications and off-roading capability but the pricing is a key differentiator. 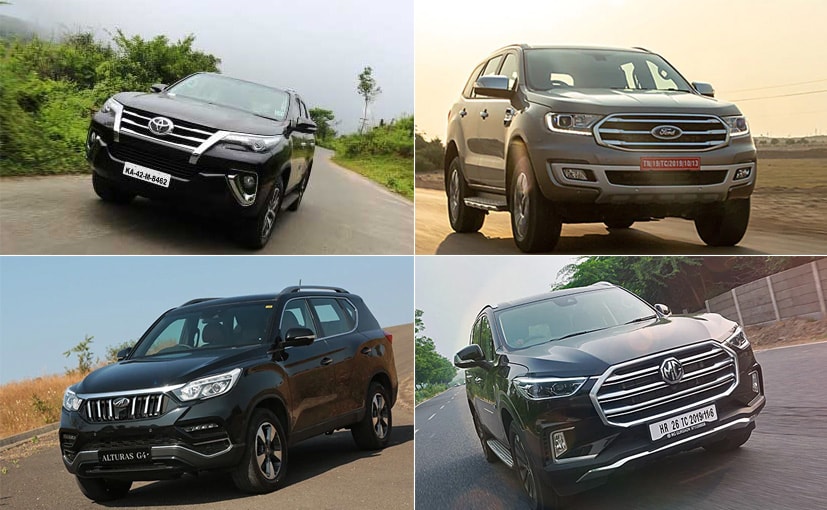 The MG Gloster is the latest full-size SUVs to go on sale in the Indian market and MG Motor has again managed to price it very attractively, given all that it packs in. The Gloster also boasts of class leading power figures at 215 bhp and 480 Nm of peak torque from a 2.0-litre, four-cylinder, twin-turbocharged engine mated to an eight-speed automatic transmission while the same engine is offered with a single turbocharger in lower variants. Then, apart from loaded to the gills with creature comforts, the Gloster also is the first and only fully connected SUV. While the Endeavour does offer an app based connected tech, the Fortuner and Alturas don't get any of it.

Having said that, all the SUVs do stack up closely in terms of overall features and off-roading capability and pricing is a key differentiator. Also, the Gloster gets a slight edge being offered in four variants with an even spread of prices, while the rivals are offered only in a fully-loaded single variant with 2WD or manual option being the base one. That said, the Gloster gets connected car tech and a handful of that extensive features list only in the range-topping trim. So here's how all these SUVs fare against each other in terms of pricing. The base variant of the MG Gloster is more affordable than the Toyota Fortuner while the top-end trim is marginally expensive.

The Toyota Fortuner is the undisputed king of the segment in terms of sales. It is offered in both petrol and diesel options along with two-wheel-drive (2WD) and four-wheel-drive (4WD) configurations. However, we are considering prices of only the diesel trims as that's the only one available in the Gloster. The base variant of the MG Gloster undercuts the base trim of the Fortuner by ₹ 1.69 lakh while the top-end variant of the Fortuner is more affordable in this comparison, undercutting the Gloster by ₹ 95,000. The base variant of the MG Gloster is more affordable than the Ford Endeavour while the top-end trim is marginally expensive.

The Ford Endeavour was updated in February this year when it also got a brand new drivetrain and recently the line-up saw inclusion of the aggressive looking Sport variant as well. It is priced equivalent to the range-topping Titanium Plus 4x4 trim. The base trim of the Gloster undercuts the base variant of the Endeavour by ₹ 1.01 lakh while the top-end trim of the Ford Endeavour is more affordable by ₹ 28,000. 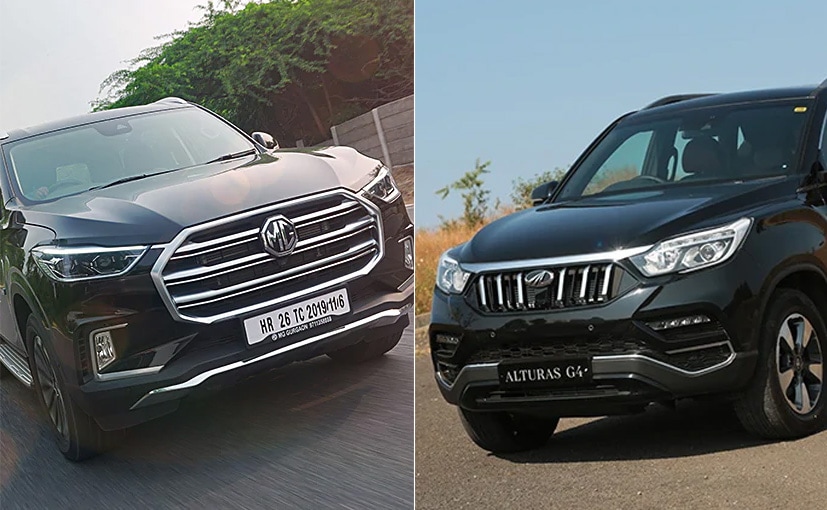 The Mahindra Alturas G4 remains the most affordable SUV of the lot.