In November 2017, Moto Guzzi had presented the V85 concept, an adventure-touring model with a new air-cooled 850 cc, v-twin engine. 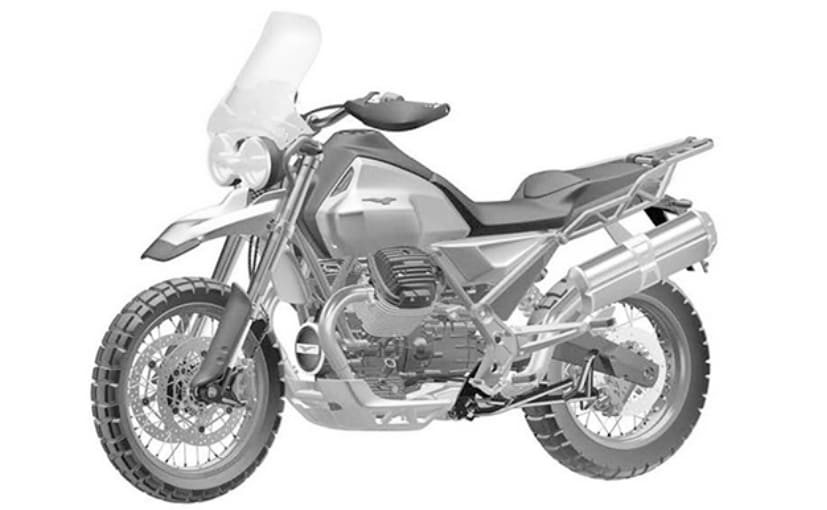 Piaggio, Moto Guzzi's parent company, has filed an international design patent in Australia for the production model of a new adventure-touring motorcycle based on the Moto Guzzi V85 concept unveiled at last year's EICMA show in Milan. The V85 concept showed an all-new 850 cc, v-twin which is expected to make around 80 bhp of maximum power, and is expected to power a range of future production models from the Italian brand. While the overall silhouette of the bike in the patent images remains the same as the concept, there are a few changes.

The fuel tank has a different shape and looks smaller than the one in the concept, and the seat design appears to be new as well. The side panels below the seat also have a slightly altered design from the concept, and the exhaust seems to be longer and fatter. The rear shock remains offset to the right side, connecting the swingarm to the frame, and the rear brake caliper is also repositioned, now located under the swingarm. Top-of-the-line Ohliins suspension is expected to be retained in the production model. 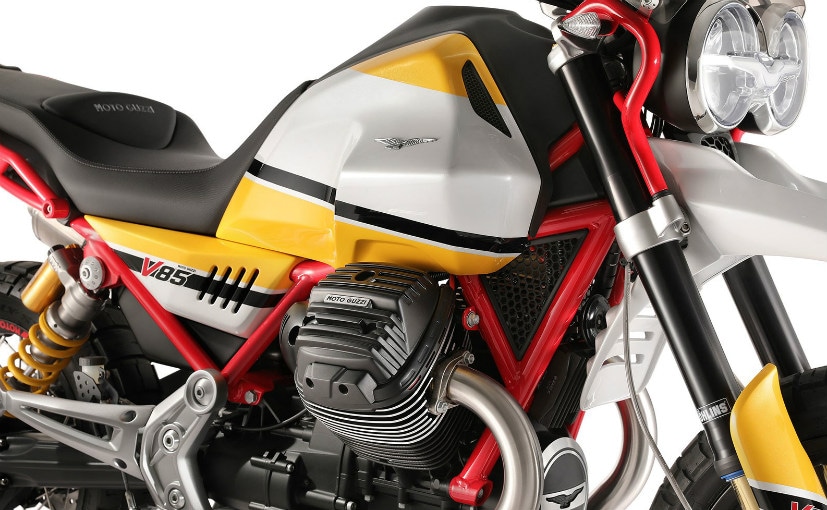 The far, off-road, block-type tyres, bash plate, hand guards, high front fender, tall windscreen and dual headlights look similar to the concept, and the bike in the patent filings also add a centre stand. So far, there's no word on when production will begin for the Moto Guzzi V85, but we expect to see a final production model at this year's EICMA show in Milan in November. There's no confirmation on the name yet, and it could well be called the V85. Once launched , the V85 will go up against several established adventure touring motorcycles in the market, like the Triumph Tiger 800, Honda Africa Twin and even the Ducati Multistrada 950.