The Volkswagen Touareg made its global debut in China where it will be launched with a plug-in hybrid engine. The SUV will also go on sale in Europe later this year. 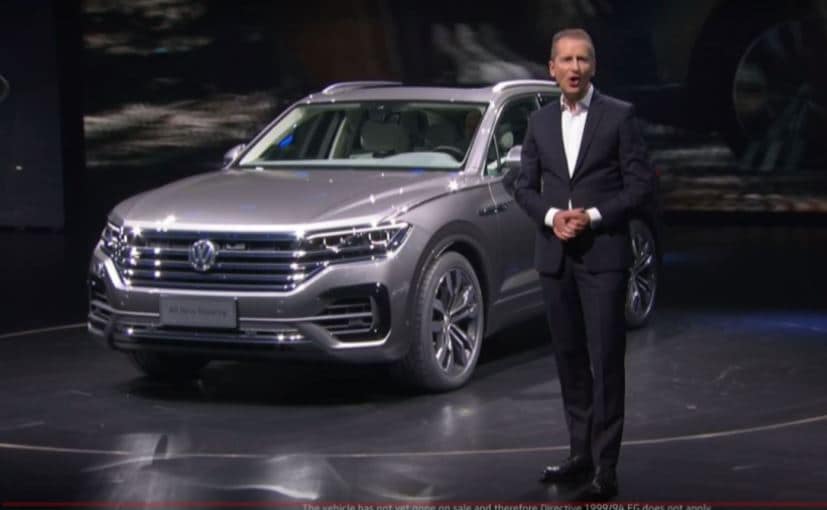 View Photos
The next-gen Volkswagen Touareg looks a lot sharper, stylish, and is well-equipped than the older one

The new-generation Volkswagen Touareg has finally made its global debut. The SUV was unveiled at a special event in China commemorating the brand completing 30 years in the Chinese market. The third-generation Touareg is the company's new flagship model in Europe and Asia and it is one of the most technologically advance SUV from the German automaker. Volkswagen calls that the new-gen Touareg a 'Smart SUV' and it is built on the company's MLB Evo platform, which also underpins the likes of the Audi Q7, Porsche Cayenne, and the Lamborghini Urus. 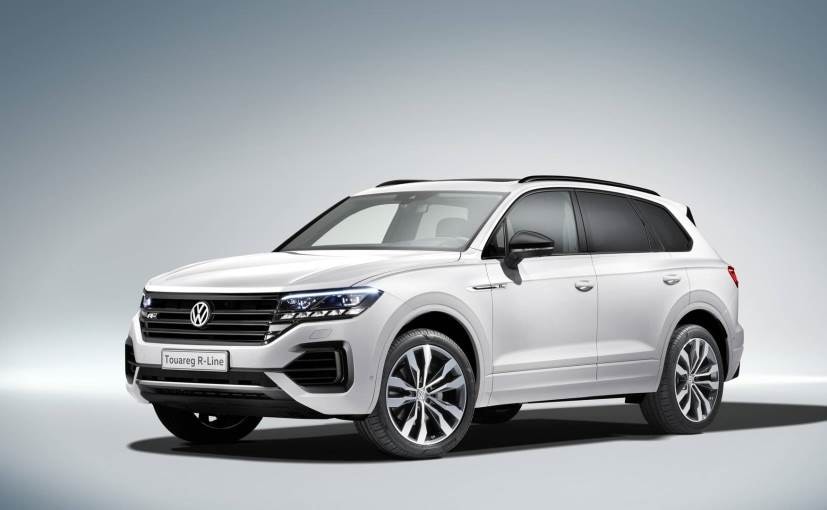 Volkswagen Touareg is based on the MLB-Evo platform

The new-gen Touareg has also grown in size with a total length of 4,878 mm and a width of 1,984 mm, while the height has been reduced by about 7 mm to 1,702 mm. The Touareg now also comes with a slightly more spacious cabin and even the boot space has increased by 113 litres to a good 810 litres with the rear seats in upright position. Visually, the new Volkswagen Touareg comes with a completely new face with a large chrome-slat grille flanked by a pair of bold LED headlamps underlined by a LED daytime running lamps. The bonnet and the front bumper add muscle to the SUV with its bold lines and the large black accented air intakes respectively. The SUV runs on a set of new alloy wheels and Volkswagen also offers different size options, from 18-inch to 21-inch depending on the variant. The rear shows more similarities to the outgoing model but gets a revised tailgate and redesigned LED taillamps. 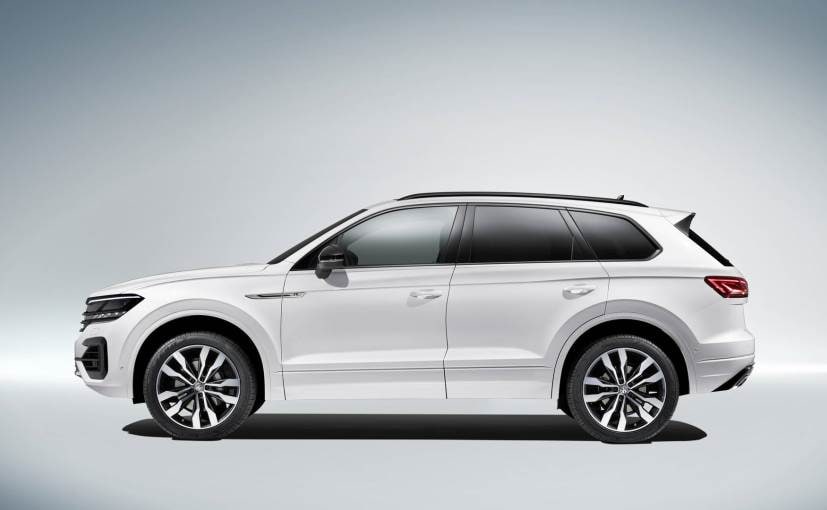 The cabin, on the other hand, has gone through a major overhaul and looks a lot more premium and inviting. The new Touareg offers new high-quality interior with nice dual tone upholstery and seating space for five adults and ventilated front seats with massaging function. On the gizmo front, the biggest update is the massive 15-inch touchscreen infotainment system, the biggest in a Volkswagen yet, along with a fully-digital 12-inch instrument cluster. The infotainment system offers a bunch of features including smartphone integration, in-car entertainment, navigation, display for exterior cameras and a lot more. 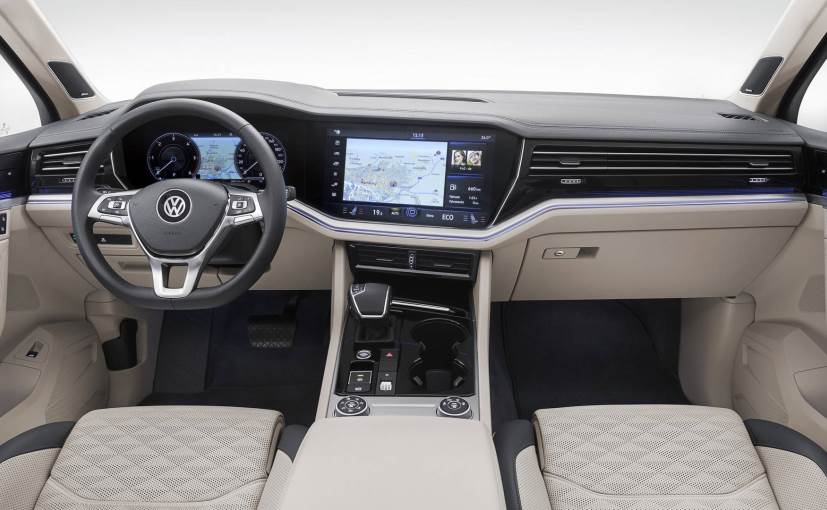 The new-gen Volkswagen Touareg also comes with a smart technological package which includes everything from an all-wheel steering, four-corner air suspension with electronic damping control, four-zone air conditioning, a 730-watt, 14-speaker Dynaudio sound system, a night vision system for animal detection, and the biggest panoramic sliding roof offered with a Volkswagen yet. 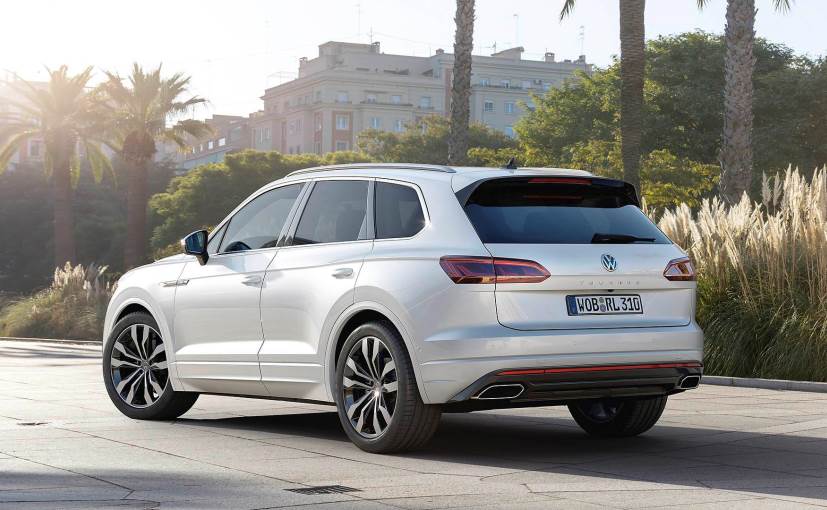 Engine options for the new 2019 Volkswagen Touareg come with a range of V6 engines that includes a 3.0-liter V6 diesel offered in two states of tune - 228 bhp and 282 bhp, for the European markets. For China, Volkswagen has also introduced a plug-in hybrid powertrain that offers a combined power output of 362 bhp and a 50 km range in pure-electric mode. The plug-in hybrid Touareg will also be offered in Europe, but later on an undisclosed date. Volkswagen will also be introducing a 335 bhp, V6 petrol and a top-spec unit powered by a 4.0-liter V8 turbodiesel that makes 416 bhp later.

Volkswagen Ameo
₹ 6.04 - 10 Lakh *
View More
Subscribe to Our Newsletter
Over 1.5+ Lakhs subscribers
Thank you for Subscribing to Us