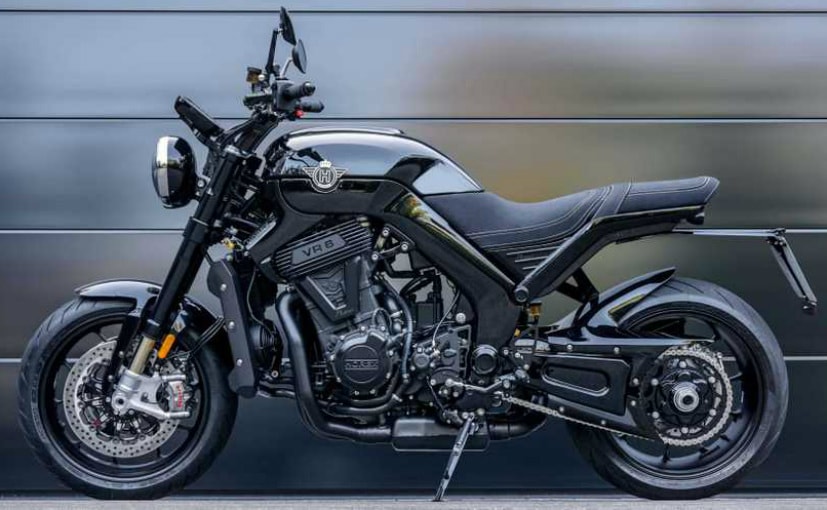 German motorcycle brand Horex has revealed the firm's latest six-cylinder roadster, called the Horex VR6 Raw. Horex has several six-cylinder engine models in the company's line-up, but the new VR6 Raw loses almost 4 kg weight, and gets some top-spec modern equipment. All the VR6 models in the company's line-up share the same 1,128 cc, V6 engine, which produces 161 bhp and 127 Nm of peak torque. The V6 engine though is unique, in the sense that the inclination degrees between the cylinders is only 15 degrees, and all six cylinders are within the same set of barrels, with a single cylinder head on top. The engine does get three overhead camshafts.

The Horex VR6 Raw is imposing. The silhouette is the same as the other models in the Horex line-up, but the VR6 Raw receives matte black components, including the double exhaust tips, mirrors and handlebars. Over the handlebar and just above the round headlight sits the massive 7-inch colour display screen with a new glass front panel, which is the instrument cluster. The 2019 VR6 Raw also gets a new clutch with carbon fibre plates for smoother action and improved gearchanges.

Check out the sound of the V6 engine:
0 Comments

The Horex name has been in existence since the 1920s but the company shut shop around World War II. After the war, Horex introduced several models, and was in production off and motorcycle production was terminated in 1960, although the company continued to exist under the ownership of Daimler-Benz. In 2010, the Horex name was revived with the introduction of the new six-cylinder engines for motorcycles.