The Yamaha FZ X is expected to arrive later this year and the latest spy shot reveals a near-production version with a retro circular headlamp, revised design and dual-purpose tyres. 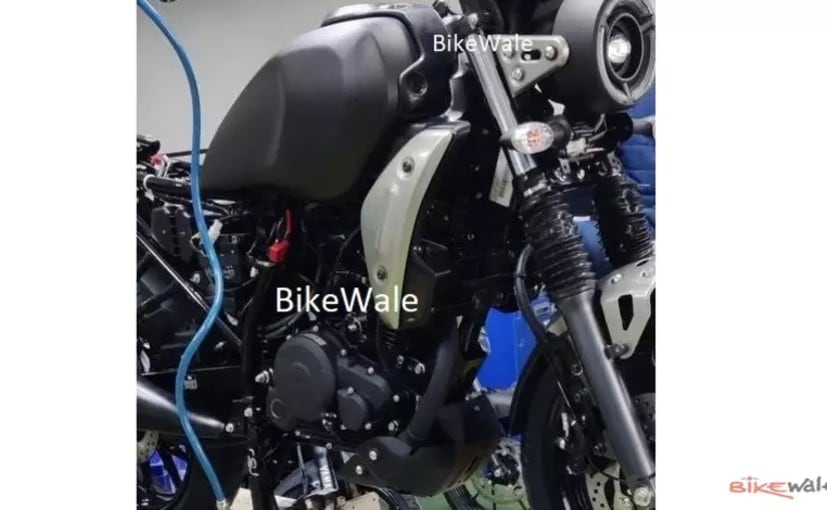 View Photos
The Yamaha FZ X appears to be nearing production and will share its underpinnings with the FZ V3.0

Rumours have been rife about Yamaha Motor India bringing an all-new motorcycle later this year. The company trademarked the name 'FZ X' recently, sparking speculation further that the new motorcycle could be a retro-modern offering based on the FZ range. Now, a new spy shot has emerged online that shows the upcoming bike closer to production. The new Yamaha FZ X appears to be nearly production-ready, giving us a detailed look at the motorcycle with the launch likely around the festive season this year.

The spy image gives a clear look at the Yamaha FZ X with the circular headlamp that gets full LED lighting. There are Aluminium brackets fit on either side of the fuel tank, while the telescopic front forks get fork gaiters. The fuel tank design also appears to get a retro touch, although the motorcycle appears to have been stripped off the bodywork. 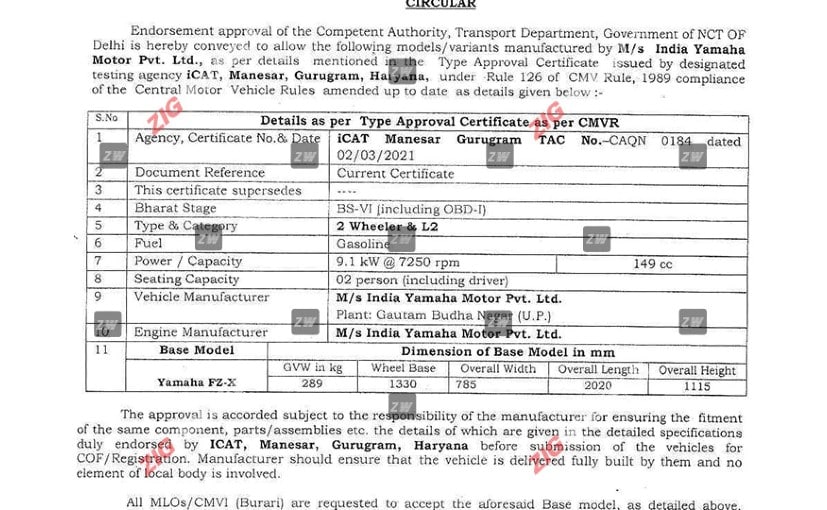 The Yamaha FZ X will use the same 149 cc single-cylinder engine as the standard Yamaha FZ V3.0

Other notable elements include the engine bash plate, up-swept exhaust design, dual-purpose tyres, and conventional bulb-based turn indicators. The Yamaha FZ X is also likely to get a redesigned tail section with an LED tail lamp. A recently leaked document confirmed that the motorcycle is 35 mm taller, 5 mm narrower, and 30 mm longer than the FZ V3.0. The wheelbase will remain unchanged at 1330 mm. The FZ X could also be marginally heavier than the standard Yamaha FZ.

Power will come from the same 149 cc air-cooled engine that develops 12.2 bhp at 7500 rpm, while peak torque output is likely to remain the same at 13.6 Nm. With respect to features, expect the Yamaha FZ X to get a digital instrument console, single-channel ABS, side-stand cut-off, and more.

The Yamaha FZ X is likely to command a marginal premium over the standard FZ V3.0. The motorcycle could be priced from ₹ 1.15 lakh (ex-showroom) onwards when it goes on sale. The 150-160 cc segment does not have a retro-styled rival yet, which could be the niche Yamaha is aiming to capitalise on. We expect to learn more about the FZ X in the months to come.