Reaching for the Stars: Why Global NCAP Pushed Safer Cars For India Project

David Ward is the Secretary General of the Global New Car Assessment Programme (Global NCAP) and has been a witness to the sea change in the Indian vehicle safety compared to the first results released by Global NCAP in January 2014. 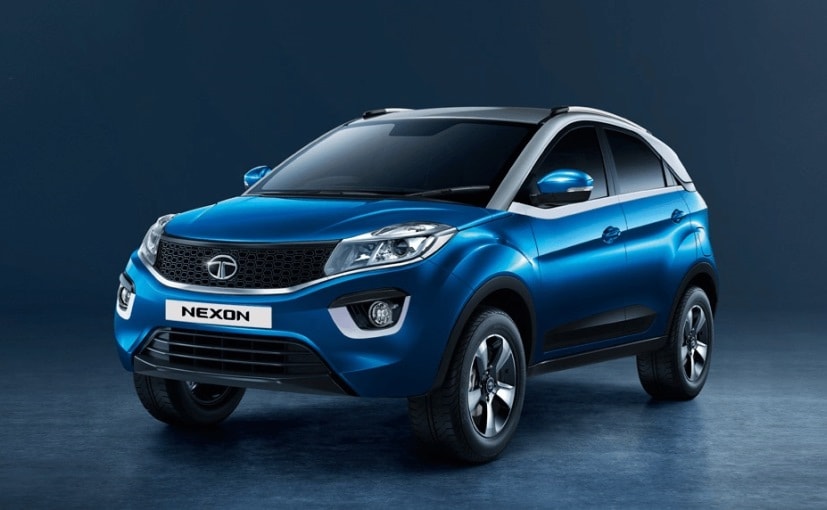 The first ever five-star car for adult occupant protection is an historic milestone for road safety in India. Tata's achievement of the coveted fifth star for the Nexon also shows the world that it is possible to 'Make in India' if you want excellence in safety engineering. And Mahindra's first four-star result for the Marazzo shows that a good four-star result is now the new normal in Global NCAP's Safer Cars for India Project.

This is a sea change for Indian vehicle safety compared with the first results released by Global NCAP in January 2014. Then zero stars was commonplace and the reaction from some in the global car industry was quite hostile. Andy Palmer, then Vice President of Nissan, complained that "people who criticise these cars for not meeting US or European crash standards are living in a dream world". But things change and dreams come true. Today India is applying United Nation's crash test and Tata has won the race for the first five-star car. A market for safer cars is growing fast in India and manufacturers are responding. And it is really impressive that Indian brands have grasped the opportunities more quickly than their international competitors. 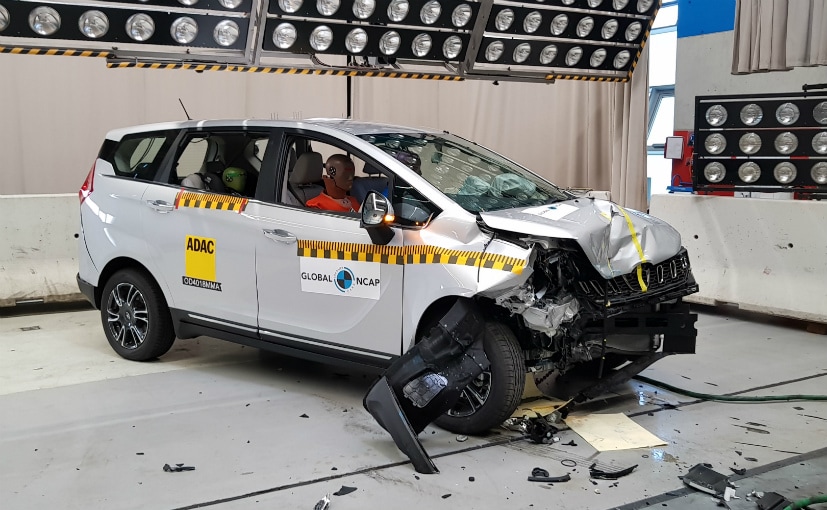 Mahindra Marazzo has 4-Stars and the second highest overall score of all tested made in India cars. It is now India's first MPV to get a high score.

This experience shows that the combination of government regulation and consumer information is the winning formula for improved vehicle safety. Global NCAP salutes the actions of the Indian Government to mandate front and side impact standards for new models since 2017 and all cars in production by October next year. In addition, a pedestrian protection regulation is now being applied to new models and to all new cars by 2020. In September at our Global NCAP World Congress in Delhi, the Government also confirmed its commitment to regulate the life-saving crash avoidance technologies, electronic stability control and autonomous emergency braking from 2021. These very positive steps have been combined with important action to promote motorcycle safety by mandating anti-lock brakes and automatic headlights on. 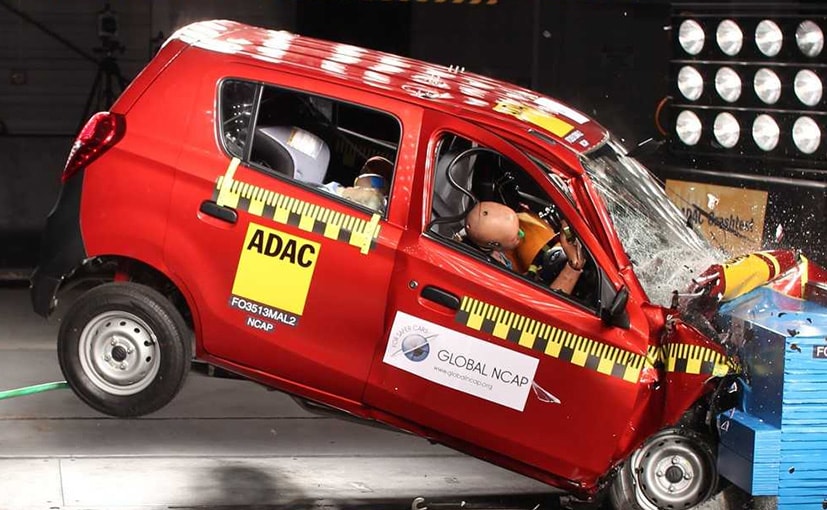 The first round of tests had five made in India cars tested. All came back with zero stars. It included the Maruti Alto 800, Tata Nano, Hyundai i10, Ford Figo and VW Polo. Polo then improved its rating to 4 Stars

Since 2014, it is clear that Global NCAP's crash tests have succeeded in raising consumer awareness of safety in India. We know now that safety sells. For example, the best-selling version of the Renault Kwid today is the version with an optional airbag. This is in marked contrast to 2014 when some industry representatives argued that there was no market for airbags in the country at all. That is why it is so important that car buyers can obtain crash ratings that will help them to choose the safest car they can afford. With help from our partners Bloomberg Philanthropies, the FIA Foundation, and the Institute for Road Traffic Education, Global NCAP will continue the Safer Cars for India project and encourage the development of a permanent Indian New Car Assessment Programme (INCAP). A permanent INCAP test programme is needed to ensure the widest possible coverage of new models coming into the Indian automotive market which is now the fourth largest in the world. 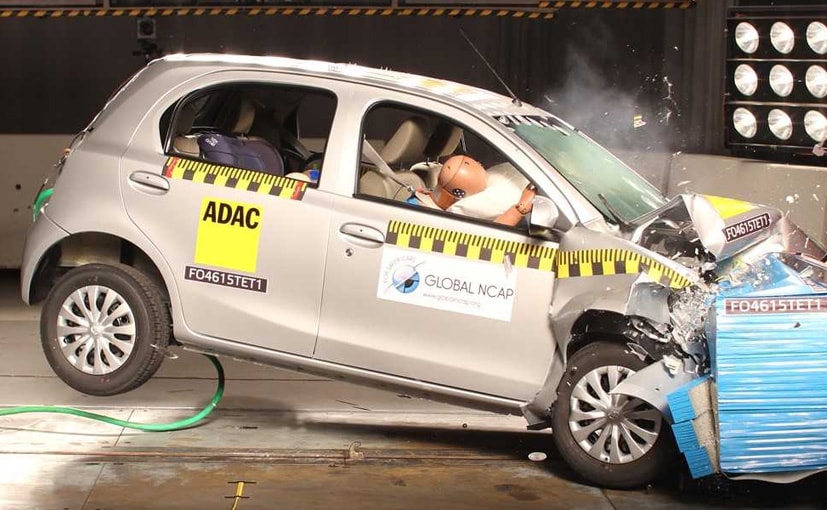 The Toyota Etios family joined the VW Polo and Tata Zest to also earn 4 Stars. These were the exceptions, with most cars of the 32 crashed to date getting zero stars.

I would also like to pay tribute to the outstanding contribution to the Safer Cars For India project played by Siddharth Vinayak Patankar and NDTV carandbike. From the very first results launch in 2014 to the first five-star car in 2018, CNB has given the inside story on our crash tests and championed improved car safety in India. Their dedication to objective reporting and their commitment to road safety is a superb combination that truly serves the interests of the Indian people. Both CNB and Global NCAP share the mission to make Indian roads much safer. Of course, vehicle safety is just one part of the very large road injury prevention challenge India faces. Action is needed on all fronts including better road design, enforcement, traffic management and safer vehicles. Nevertheless, it is great to see India, its government, and its manufacturers now reaching for the stars in vehicle safety, Four years ago we were dismissed as dreamers but today we can see how dreams become a reality.