The roof-top solar panels will generate a total of 12.2 million kWh of energy per year and will help Volkswagen India to reduce CO2 emissions by 9000 tonnes per year at the plant. 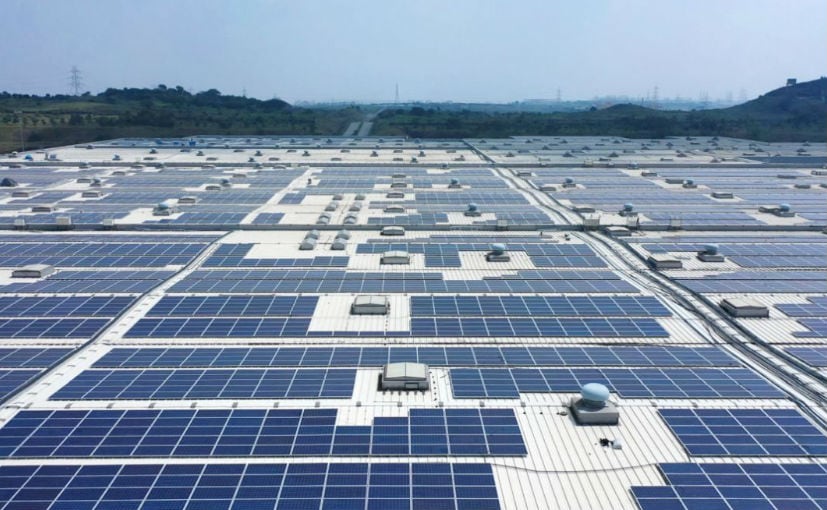 Skoda Auto Volkswagen India Private Limited (SAVWPL) will be setting up one of the largest solar-power rooftop systems in India at its Chakan-based facility, the company has announced. The German auto giant has partnered with Amp Energy to install a total of 25,770 photovoltaic panels that will cover up to 15 per cent of the site's annual electricity requirements. Amp Energy is a global company that develops flexible and clean energy infrastructure. The solar panels have a maximum output of 8.5 megawatts, and will dramatically help reduce the automaker's dependency on non-renewable energy at the Chakan plant.

Speaking on the set-up, Gurpratap Boparai, Managing Director of SAVWPL said, "By putting the solar-power system into operation at our plant in Pune, we are reinforcing our commitment and making an important contribution to the sustainable ecological future of our company. We plan to implement further environmentally friendly projects in the future, actively ensuring that India contributes to reducing CO2 emissions worldwide."

Volkswagen Group says that it plans to go carbon-neutral at the Chakan plant by 2030. The photovoltaic system comprises 25,770 highly efficient polycrystalline panels that cover 63,000 sq.metres of roof space on the body shop complex. The installation will generate a total of 12.2 million kWh of energy per year and reduce CO2 emissions from the production plant to over 9000 tonnes annually. The set-up will also help reduce direct heat radiation in the workshop, according to the manufacturer.

Michael Oeljeklaus, Skoda Auto Board Member for Production and Logistics, added, "We are pushing ahead with our target of achieving carbon-neutral production worldwide by 2030. By commissioning the new solar-power rooftop system at the Pune site, we are also setting an example for sustainability and a sense of responsibility in India."

In addition to the solar panels on the roof, Volkswagen India also working on eliminating the need for waste to be disposed of in landfills, while a number of other projects are also in place to make car production more sustainable. The Chakan plant not only caters to the domestic demand but also exports vehicles to other markets.

Volkswagen Ameo
₹ 6.04 - 10 Lakh *
View More
Subscribe to Our Newsletter
Over 1.5+ Lakhs subscribers
Thank you for Subscribing to Us