The Tata Tiago has been a gamechanger for the automaker and quite the success story with production hitting the 300,000th milestone at the company's Sanand facility in Gujarat. 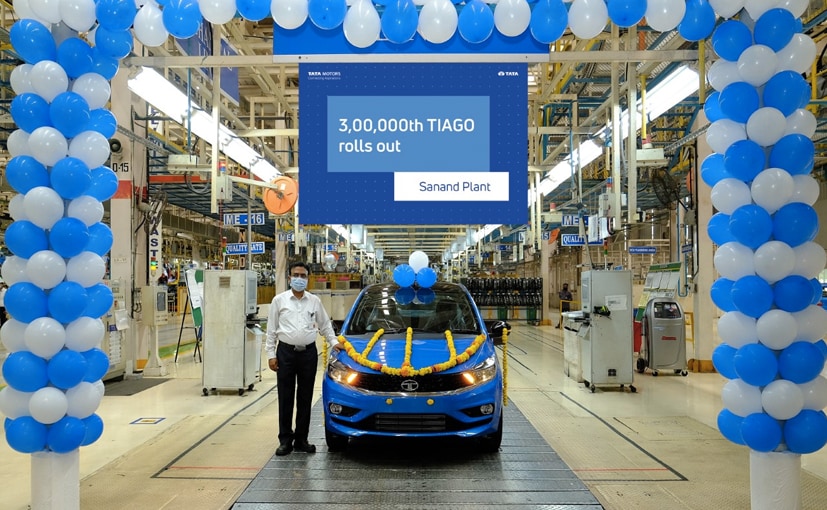 Tata Motors has announced the rollout of the 300,000th Tiago hatchback from its Sanand facility in Gujarat. The Tata Tiago has been a gamechanger for the automaker and it took the car a little over four years to reach the milestone since its launch in 2016. The hatchback was the first offering to receive the new Impact design philosophy in the brand's line-up as well as a plethora of new features, excellent driving dynamics and good pricing too. The 300,000th Tata Tiago to rollout of the factory was finished in the Tectonic Blue paint scheme. 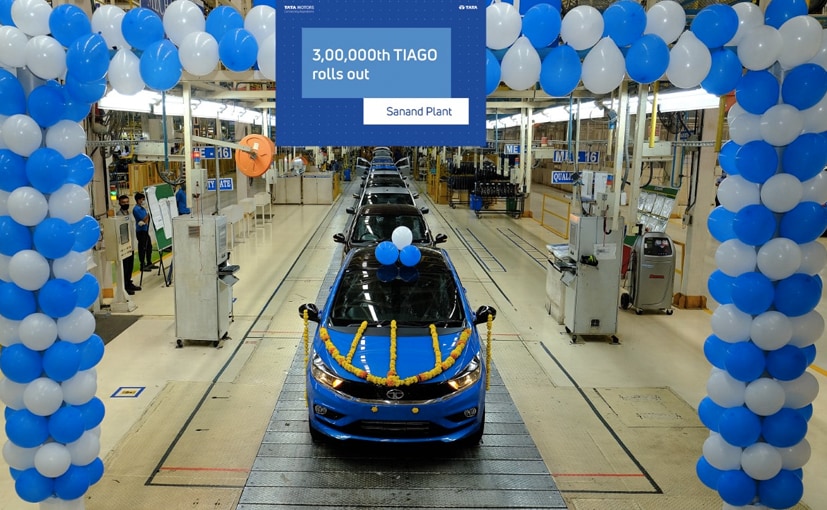 The 300,000th Tata Tiago to rollout of the production line is in the top-spec version in Tectone Blue shade

The Tata Tiago also became one of the safer cars in India after receiving a four-star Global NCAP safety rating. The car comes with dual airbags, ABS with EBD, Corner Stability Control, rear parking assist and more as standard. Aimed at young buyers, the facelifted version of the hatchback was introduced earlier this year with the bold new face under the Impact 2.0 design language. It also received a new 7-inch touchscreen infotainment system developed by Harman with an 8-speaker sound system, and also comes with Android Auto and Apple CarPlay compatibility. 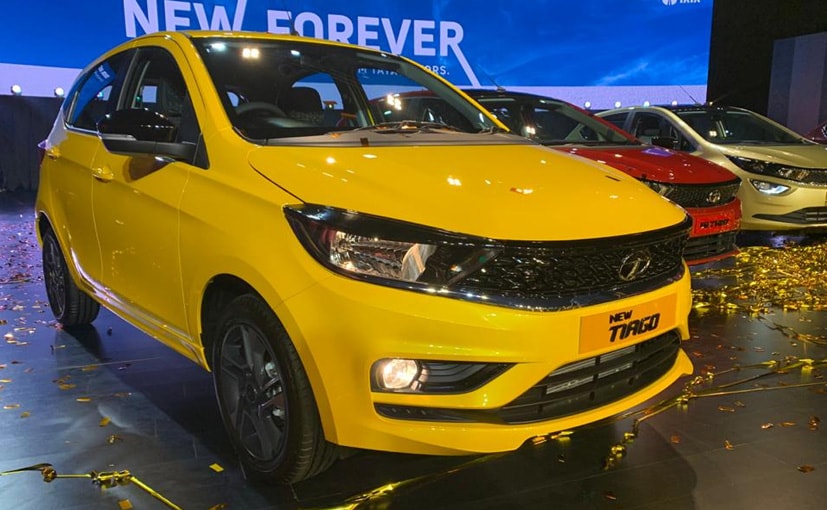 The Tiago facelift was launched in January this year

Power on the 2020 Tata Tiago comes from the 85 bhp churning 1.2-litre three-cylinder Revotron petrol engine that now meets BS6 compliance and also develops 113 Nm of peak torque. The motor is paired with a 5-speed manual and AMT automatic unit. The hatchback was originally launched with petrol and diesel engines, while the latter was discontinued earlier this year with the transition to the latest emission regulations. The Tiago had also received a sportier alternative badged as the 'JTP' with a turbo petrol heart, but sadly, the hot hatch version was discontinued earlier this year as well.