In June 2018, drivers of 404 such taxis were challaned while104 such vehicles were impounded. 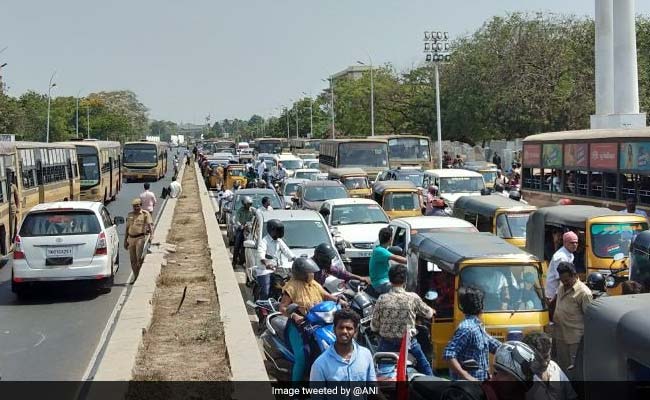 View Photos
This is a move to decongest the city as also to reduce pollution.

According to a report filed by PTI, Delhi's Transport minister Kailash Gahlot told the Delhi Assembly that taxis and cabs of aggregator services are plying in Delhi through agreements. It is likely that cabs and taxis of other states plying in the national capital will have to get Delhi government's permit as it is firming up a policy to regulate such vehicles. In reply to a question by BJP MLA Jagdish Pradhan, Gahlot said, "Licensing and Regulations of App based Aggregators Rules were formed. A high powered committee has been formed to give final shape to it,"

This is a move to decongest the city as also to reduce pollution. The minister admitted that taxis from neighbouring UP, Haryana and other states which ply in and out of the city were running without legal permit in Delhi. The enforcement wing of the Transport department has been on the alert and has taken the required action everytime these rules have been violated by the drivers. The figures say it all. In June 2018, drivers of 404 such taxis were challaned while 104 such vehicles were impounded.

However, the rules are yet to be implemented and it will only happen once the committee submits its report. Gahlot added "Cabs of other states entering Delhi will have to seek permits to ply in the national capital. I think that there will be such provision in the proposed taxi scheme for app-based cab aggregators."

However, in a written reply Gahlot said that transport vehicles registered in other states can enter Delhi if they have national permit, all India tourist permit or if they are covered under agreements between states.