The Best MotoGP Races Of All Time

MotoGP is a sport that never ceases to amaze us with some of the most thrilling races. No motor racing fan will ever forget the greatest MotoGP races and historical moments.

Best MotoGP races of all time

This was the eighth race of the 2015 Moto GP season. Valentino Rossi claimed his first pole position of the season. He was leading the race, but in the final lap, he had a collision with second-placed Marc Márquez. The two had close moments throughout the race, and a collision in the final lap was surprising. But to top it all off, Valentino Rossi recovered from the collision to claim victory. It was one of the best races of the career of Valentino Rossi, who is a nine-time Grand Prix motorcycle racing World Champion. 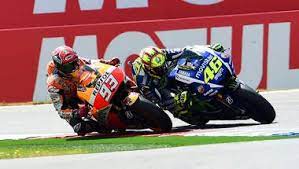 The MotoGP race was held on April 19, 2015, as the third race of the 2015 Moto GP season at the Autodromo Termas de Rio Hondo in Santiago del Estero. In the race, Marc Marquez won his second pole position. Marc Marquez got off to a fast start and quickly pulled away from the field, gaining a four-second lead. But on Lap 22, he collided with Valentino Rossi. Marc could not rejoin the race and was forced to retire. Valentino Rossi claimed victory. 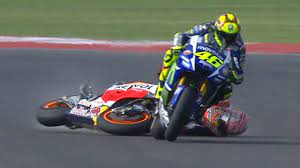 The race is known for Valentino Rossi's comeback ride to win the race. Also, Jorge Lorenzo came back to an end in the fifth position after meeting with an accident during the free practice session. Lorenzo fractured his collarbone on Thursday but came back after surgery to participate in the race on Saturday. His competition for the fifth position is considered one of the best moments of the MotoGP race.

This race is widely considered to be the most thrilling in MotoGP history. Valentino Rossi won the race by passing Jorge Lorenzo on the final lap's corner. The race is still considered one of the best MotoGP races of all time. 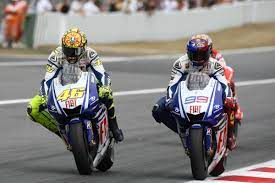 Every MotoGP fan was ecstatic during a MotoGP race between Rossi and Stoner in 2008. It is regarded as one of the greatest and most memorable MotoGP battles of all time. After running too wide, Stoner entered the gravel on the last lap, and Valentino Rossi claimed victory. The Italian and Australian racers had a great time and made memories that will last for a lifetime.