The Triumph Scrambler 1200 borrows the 1200 cc high torque parallel-twin engine of the Triumph Thruxton R, but has been retuned for more torque lower in the revs. Introduced in two variants. 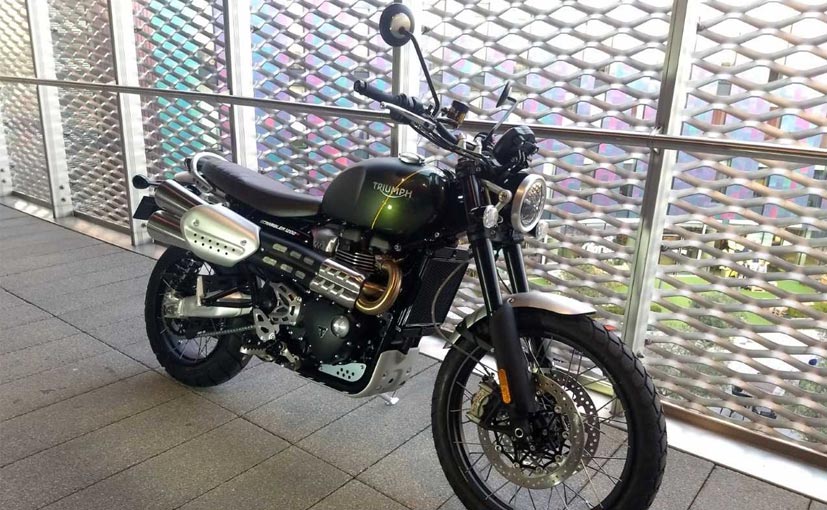 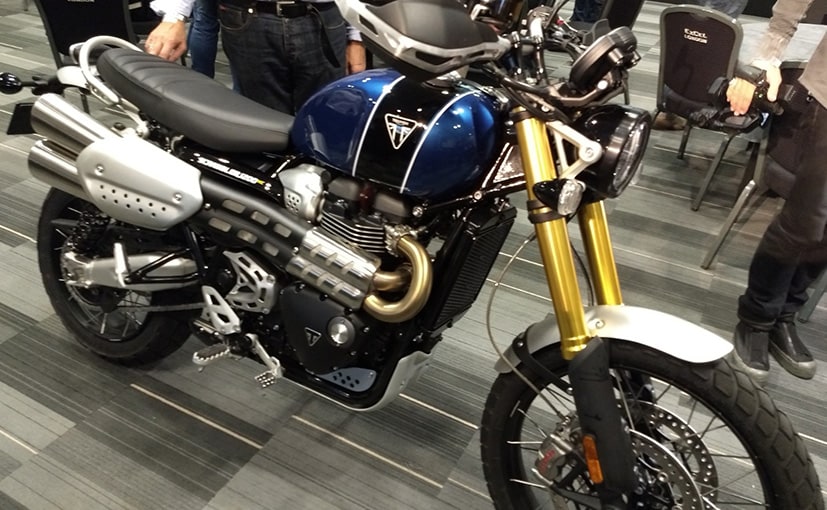 Shoeb Farooq, General Manager Triumph Motorcycles India said- "The all-new Triumph Scrambler 1200 delivers versatility both on and off-roads while demonstrating unique levels of capability, performance, fun to ride accessibility and access to varied personalisation. Our endeavour is to continue making newer and better products - I am certain that given the diversity of trails and varied riding conditions here in India the all-new Scrambler 1200 will be quite a showstopper and a desired motorcycle among the Indian riders." 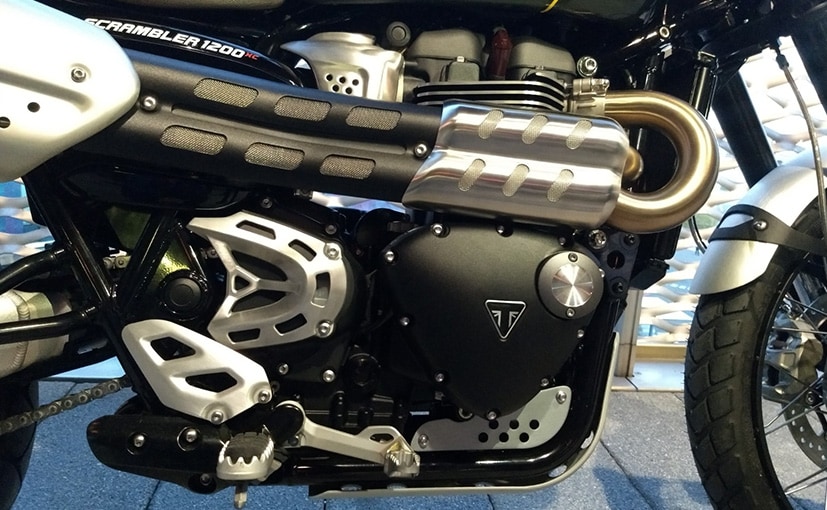 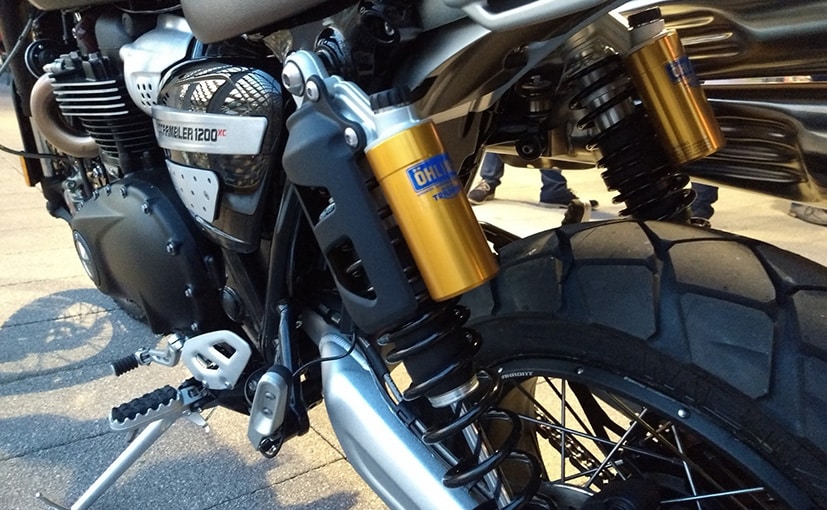 Both models come with fully-adjustable twin-spring Ohlins rear suspension, along with fully adjustable USD forks from Showa up front (45 mm for XC and 47 mm for XE). However, in the XC, both the front and rear unit offer 200 mm of travel, while on the XE, they offer 250 mm of travel. The XE also gets gold anodised front forks compared to the black unit on the XC. Both models are equipped with piggy-back reservoirs. 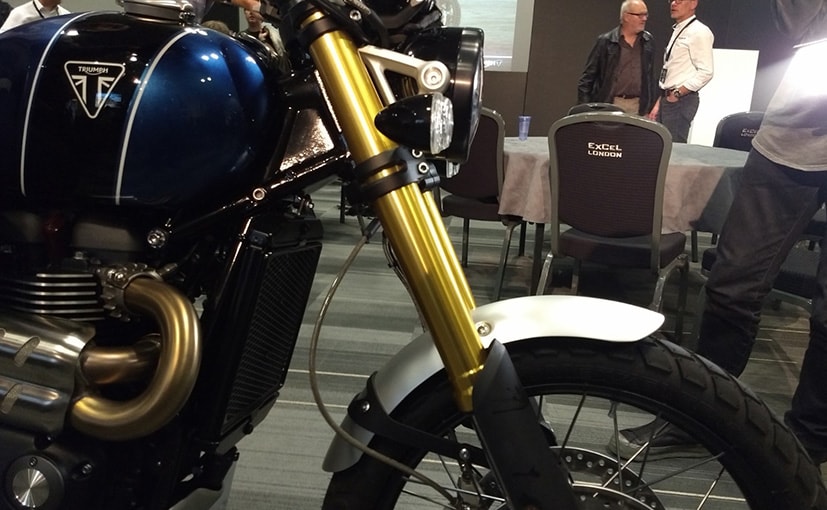 Another highlight of the new Triumph Scrambler 1200 is the segment-first 21-inch front wheel, along with 17-inch rear wheels, shod in dual-purpose tyres from Metzeler. Braking duties are handled by twin 320 mm discs with Brembo M50 monoblock calipers up front and a single 255 mm disc, gripped by a Brembo 2-piston floating caliper. Both bikes get switchable ABS, but the XE trim gets switchable cornering ABS. 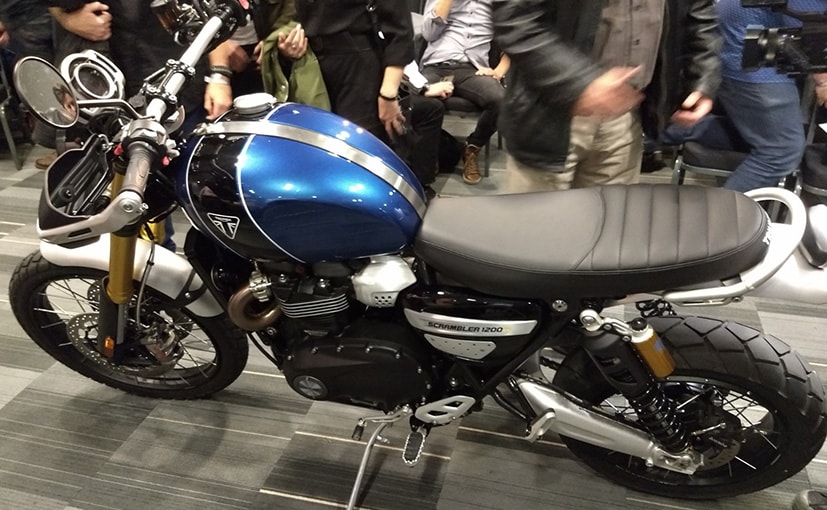 Design-wise, the bike retains the bare basic characteristics of the Scrambler with special attention to detail like brushed aluminium mudguard, wide handlebars, classic bench seat and more. Both bikes come with premium-looking paint schemes with distinguishing patterns, the most apparent being the triangular Triumph logo on the Scrambler 1200 XE. 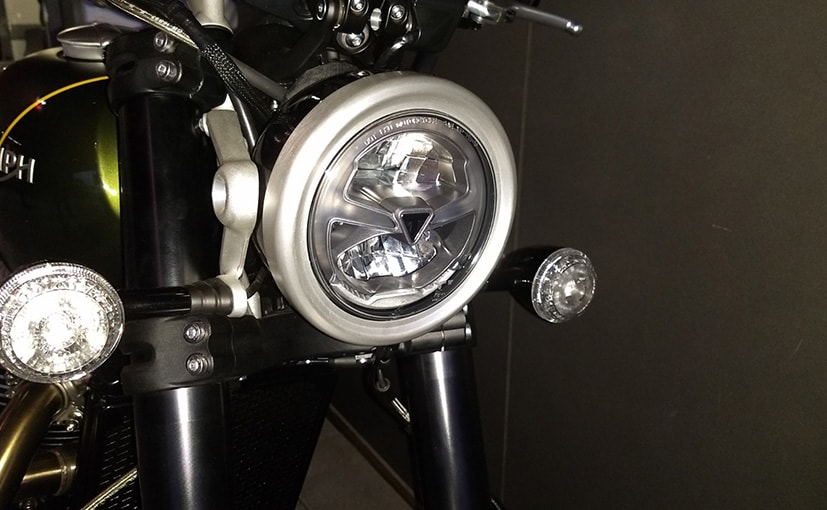 Ex-showroom Price
₹ 11.34 Lakh
EMI Starts
₹ 37,385 11.5% / 3 yrs
Get On-Road Price Check Reviews
Subscribe to Our Newsletter
Over 1.5+ Lakhs subscribers
Thank you for Subscribing to Us