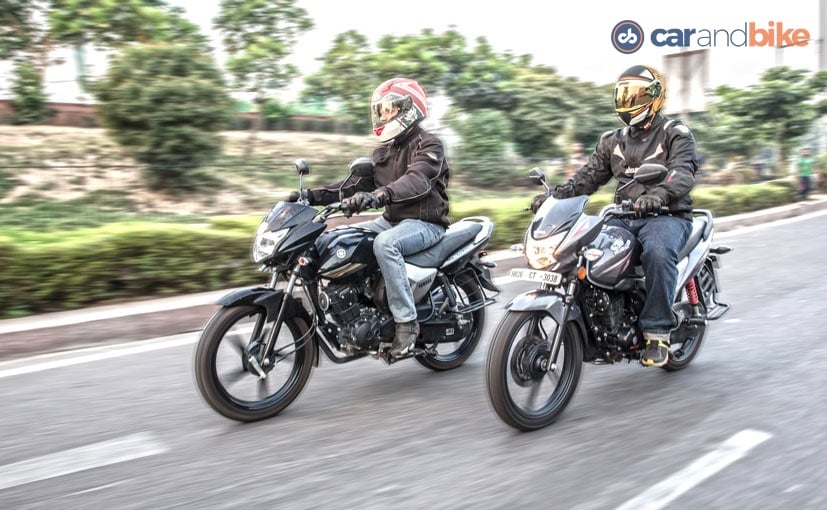 The commuter segment is where the sales volume comes from for all the motorcycle manufacturers. These are the simplest, lightest and the most efficient machines amongst all motorcycles and therefore, most manufacturers have multiple models in order to capture a bigger share of the market. Within the same, the 125cc motorcycle segment has seen immense growth in the past few years. With slightly more power than the entry-level 100-110cc commuter bikes, the 125cc segment is also the volumes segment for motorcycle manufacturers. In a way, the status quo in this segment is what you would call perfect competition. 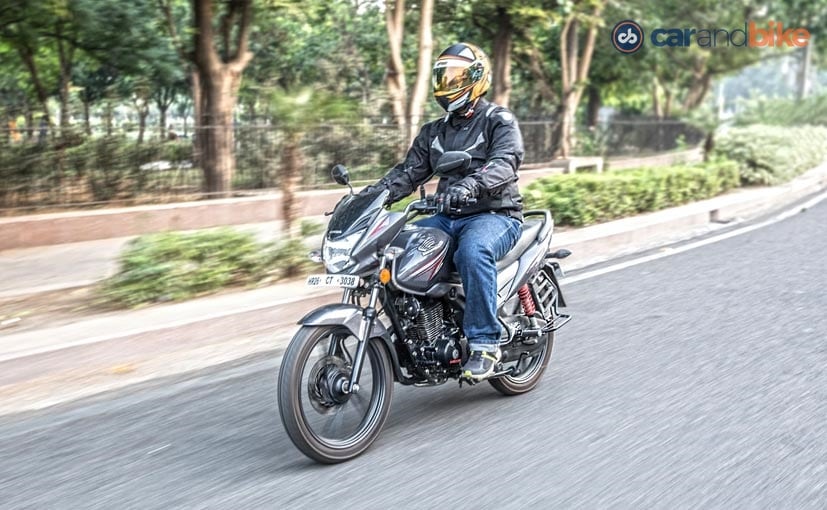 (The CB Shine was given an update a few months ago)
Now, Honda Motorcycle & Scooter India is clearly the leader in this segment. The 125cc Honda CB Shine is the largest selling motorcycle in the world, within the Honda portfolio of course and the second largest selling Honda in India. Just a few months ago, Honda had given it an upgrade in the form of the CB Shine SP - with some new premium cosmetic upgrades, and an extra fifth gear in the transmission. 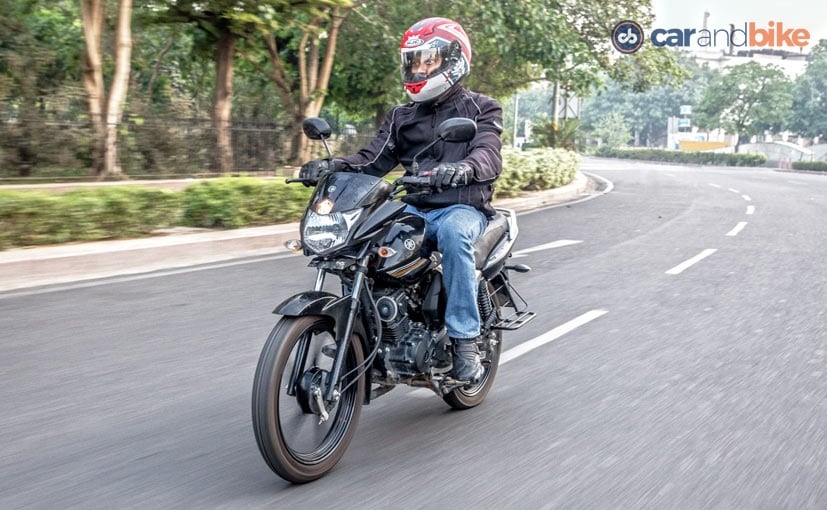 Unlike Honda, Yamaha has chosen to take a top down approach, introducing larger capacity motorcycles first and then going down the displacement graph. The Saluto is Yamaha's answer to the 125cc Honda CB Shine SP. But does it have what it takes to grab a slice of the 125cc motorcycle market? Read on to find out.

The Yamaha Saluto definitely seems to have borrowed some design cues from its larger 150cc siblings, but the styling overall is quite toned down. The sharp headlight, sculpted fuel tank and trendy graphics give the bike a fresh identity and sleek look. It's not really what you would call a headturner, but Yamaha has marketed it as a practical, family motorcycle, and overall the design works - not too flashy, not too boring, yet it manages to look attractive. 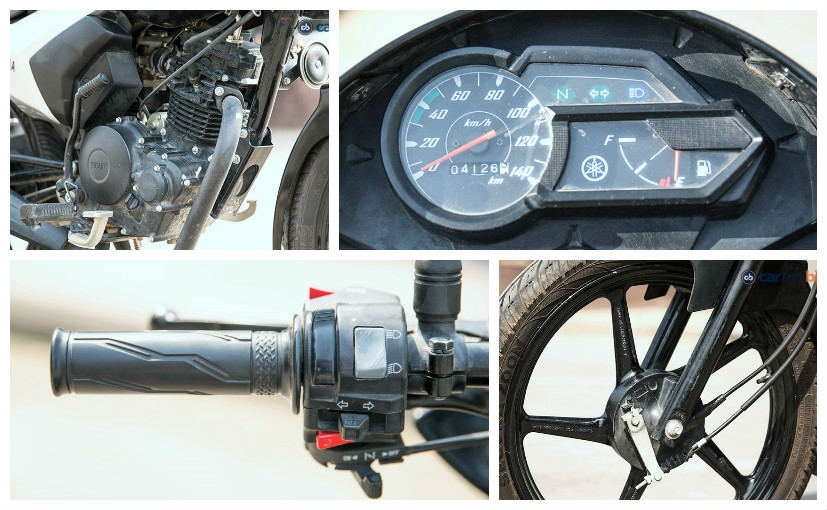 The Honda CB Shine SP is an updated version of the CB Shine. The new model gets a few 'premium' bits, like new body graphics, redesigned dual tone side panels, blacked out engine and new alloy wheels. There's also a new headlight unit, new instrument panel and a new chrome finish exhaust cover. Overall, the silhouette hasn't changed much, but the CB Shine SP looks new and definitely feels like an upgrade from the earlier model.

Getting the common ones out of the way first, both the motorcycles get alloy wheels and electric start. One feature in particular that caught our eye was the grab rail on the CB Shine SP. It is a regular metal one but with a rubber covering around it, which makes it easier to hold on to, even for long duration. Both the bikes get disc brake as an option, but the Honda also has the CBS (Combi-Braking System) which keeps hairy moments at bay, most of the times. The switch gear on the Honda feels a tad sturdier than the Yamaha and is sorted ergonomically. One has to take his palm off the grips to operate the indicators, headlamps et al. on the Yamaha. The quality of plastics could have been better on the Yamaha. The Honda takes the cake in this department too. 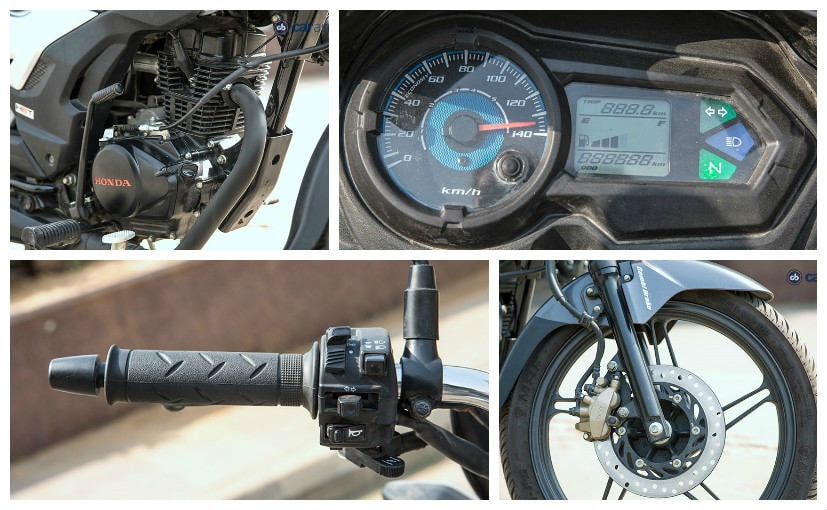 Both the motorcycles feature a 125cc engine. And that's where the similarities end. The Yamaha makes 2 bhp less than the Honda but makes up by being 12kgs lighter as well. Having said that, the Shine does feel a bit peppier than the Saluto. At high speeds, the Saluto feels a little stressed while the Shine is at ease, thanks to an extra gear, which does make a lot of difference at the top end. One can feel the vibrations creeping in on the handlebars and the foot-pegs of the Saluto after 65-70kmph. The Shine, like all Hondas, is refined and will not leave you with tingly hands after a long commute. The shifts are crisp on both motorcycles and the handle-seat geometry is comfortable as ought to be on a commuter motorcycle. Also, at speeds of up to 65kmph, both the motorcycles are happy to potter around. But once you go past that mark, the motors seem to feel the strain. 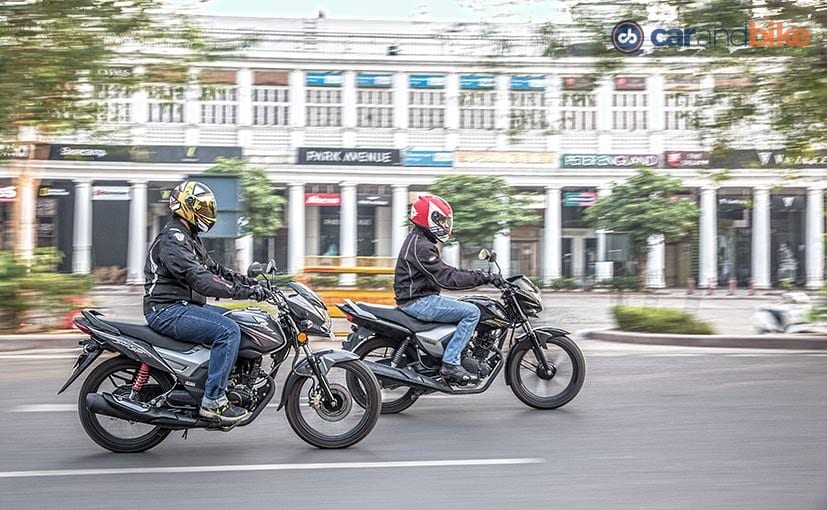 The ride on the Yamaha is a tad firm thanks to a stiff suspension, which no doubt aids in handling. The Shine's ride is plush and with the extra weight it also feels more planted at higher speeds. Both the motorcycles are light enough to filter through traffic laden roads without any fuss and can be flicked easily. The Yamaha, owing to its lighter weight scores a point or two more than the Honda in this regard. 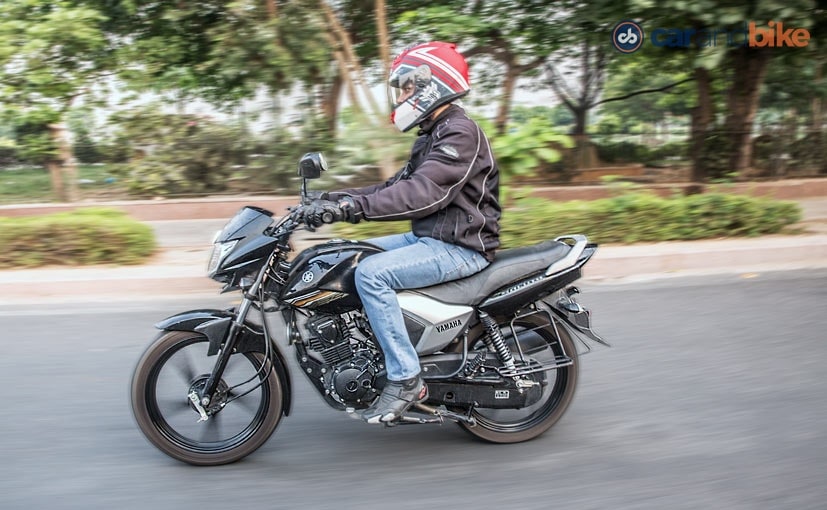 In terms of braking, the CB Shine SP comes off much better than the Saluto. The CB Shine SP we tested had a disc brake up front and the CBS as well. Needless to say it offered great confidence and solid feel even under hard braking. Also, the Honda held its line in panic situations.

The Saluto couldn't have been more different. Our test motorcycle had the regular drum brake setup and it didn't warrant for much. There is no feel and the bite is almost non-existent. One has to anticipate the stopping distances well in advance. But fear not, the Yamaha Saluto now has a disc brake variant as well and we will definitely recommend the disc brake version instead of the regular drum brake one. 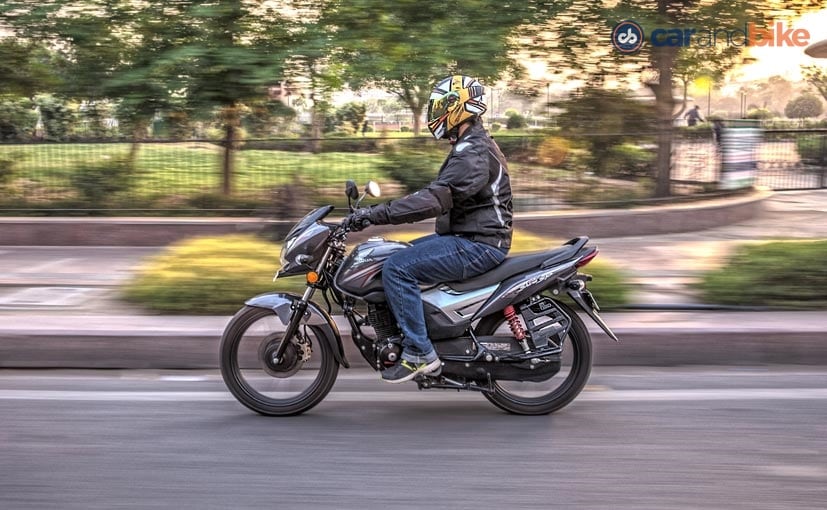 Priced at Rs 54,500 (ex-showroom Delhi) for the front disc brake variant, the Yamaha Saluto is the less expensive option here, and offers good value for money and better fuel economy as well. It rides well, handles well, and there's nothing to really complain about the bike. It's a decent product in the 125cc segment, but the Saluto is still not good enough to dislodge the segment leader. Whatever the Yamaha does, the Honda still betters it. The ARAI rated fuel efficiency figure for the Yamaha Saluto is a commendable 78kmpl. 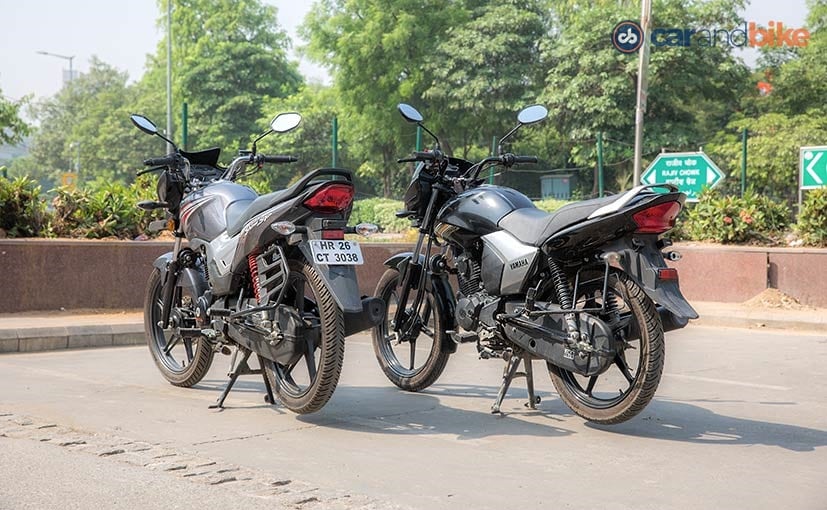 The Honda CB Shine SP is the more expensive option at Rs 62,400 (ex-showroom Delhi) for the disk brake variant. The top-of-the-line CBS variant is even more expensive at Rs 64,400 (ex-showroom Delhi). Despite the premium price, the CB Shine SP is certainly a very good product. The CB Shine SP will go for 65 kilometres on a single litre of petrol, significantly lesser than that of the Yamaha Saluto. Also, Honda has a better sales and service network than Yamaha, which again is a plus for the CB Shine SP. So, despite a costlier price tag, the Honda CB Shine SP still retains its position as the leader in the 125cc segment. But, if you're purely looking at a value for money proposition, the Yamaha Saluto still makes a very compelling case for itself.