The 2018 Toyota Land Cruiser Prado facelift has been spied undisguised at a dealer yard in Japan ahead of its debut at the upcoming Frankfurt Motor Show next week. 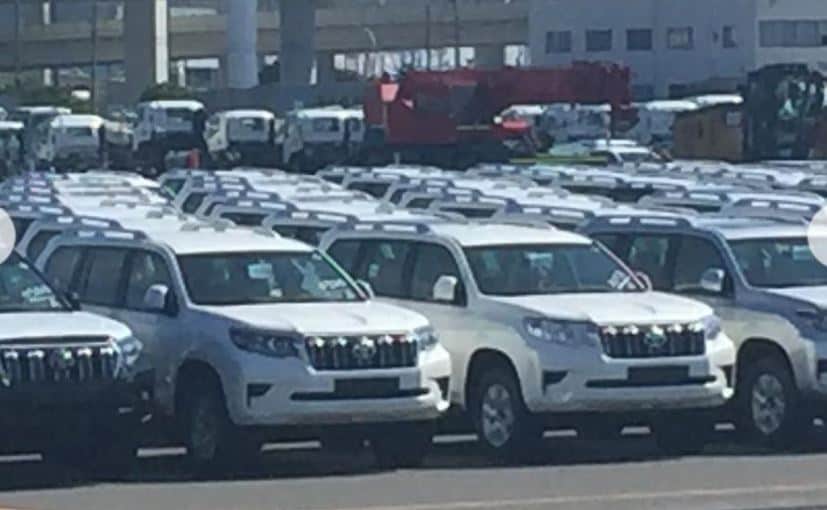 The current generation Toyota Land Cruiser Prado has been around for a while now and is all set to receive a comprehensive update later this month. Ahead of its public debut at the 2017 IAA Frankfurt Motor Show on September 12, the Japanese auto giant has commenced production of the 2018 Toyota Land Cruiser Prado facelift in Japan, and images of the luxury SUV at a dealer yard have emerged online, revealing the changes. This is the second major facelift on the present gen Prado, before a complete generation change in the next couple of years.

The Toyota Land Cruiser Prado is one of the more capable as well as reliable luxury SUVs out there and enjoys a strong following in India as well. On the facelifted version, the 2018 Prado gets visual updates including a reworked 5-slot grille that stands more upright now, and gets new LED headlamps. The rear has received updates to the taillights and boot for a refreshed look. The front and rear bumper have been revised to incorporate the angular fog lamp enclosures that complement the updated look on the SUV.

Engine options on the Toyota Land Cruiser Prado facelift will include the 2.7-litre petrol, 3.5-litre V6 petrol as well as the 4-litre V6 petrol. Diesel power will come from the 2.8-litre and 3-litre four-cylinder oil burners, while a smaller and more frugal 2.4-litre diesel could make its debut on the 2018 model.

Much like the current version, the 2018 Toyota Land Cruiser Prado facelift will be making it to India later in the timeline and will continue to be sold as a Completely Built Unit (CBU) in the country.

More details on the Toyota Land Cruiser Prado facelift will be available next week, so make sure to keep watching this space for all the updates from the Frankfurt Motor Show.