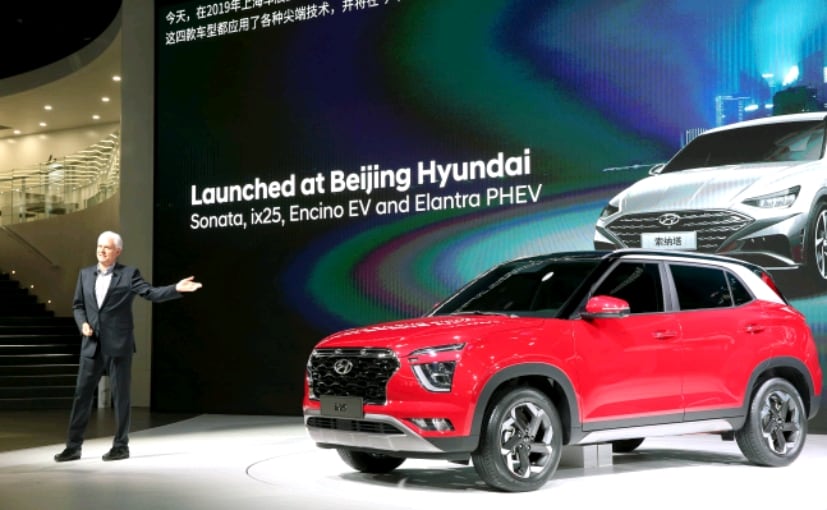 In a surprising reveal at the 2019 Shanghai Motor Show in China, Hyundai has unveiled the second generation ix25 SUV, or what we better know in India as the Creta compact SUV. The current generation Hyundai Creta and the Hyundai ix25 share the same underpinnings, and you can expect the same with the new generation version too, including the design, features and possibly powertrain. The new ix25 gets new design elements shared with the new Sonata and the new Santa Fe and the Palisade as well. The styling is bolder than the current model and looks more compact as well. 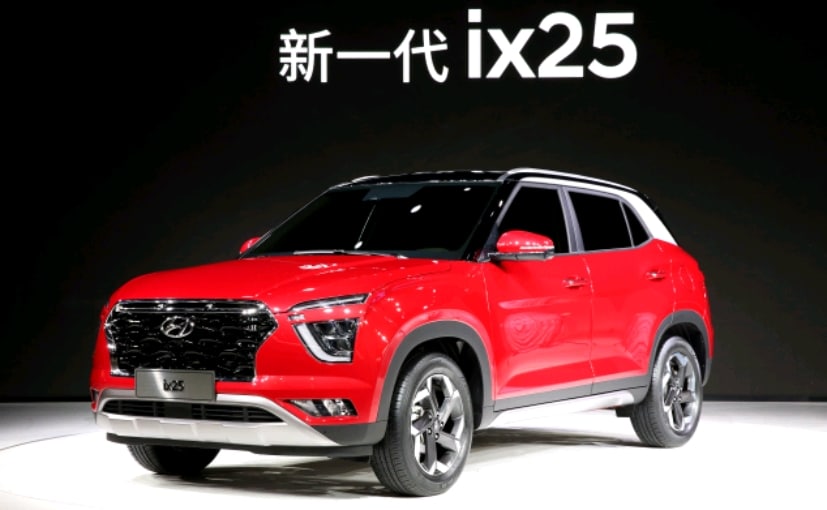 The 2020 Hyundai ix25 gets an upright front with the massive cascading grille taking all the attention, while the headlamps get the split set-up much like the new Kona and the upcoming Hyundai Venue that debuts in hours from now. There's a new brushed silver skid plate integrated in the front bumper, while expect to see something similar at the rear too, along with revised LED taillights. Interestingly, the alloy wheel design is similar to that we've seen on the upcoming Venue subcompact SUV and certainly looks good. The roof gets the black treatment with the side panels finished in brushed silver too. There's additional cladding on the side as well for a slightly rugged look. Overall, the new Creta looks beefier than its predecessor whilst retaining its sporty, urban appearance.

Inside, the new generation Hyundai Creta witnesses a complete overhaul over the current model. The cabin has moved up a notch on the premium quotient with a massive touchscreen infotainment system taking prominence and integrates well with the centre console. Even the usage of buttons is minimal, hinting at a more virtually connected cabin. It would be safe to say that the model will come equipped with the new Hyundai BlueLink connectivity system right from the start along with the usual tit bits including Android Auto and Apple CarPlay compatibility. The ix25 for China also displays features like cooled seats, paddle shifters, electronic parking brake and a Terrain mode. Although not confirmed, the new generation Creta is expected to be offered in both five and seven-seater versions. 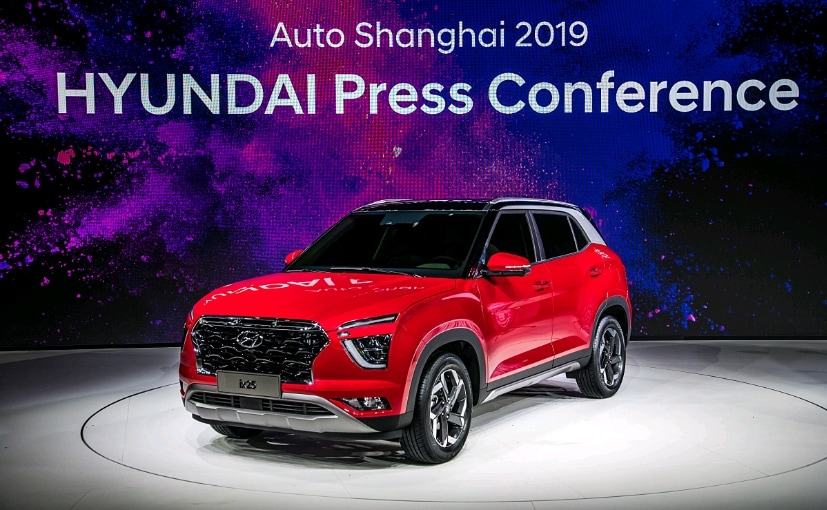 The second generation Hyundai Creta is expected to get new 1.5-litre petrol and diesel engines

With respect to the powertrain, the all-new Hyundai Creta is expected to get new 1.5-litre petrol and diesel engines. The new power mills will also propel the Verna facelift when it arrives sometime next year. Needless to say the engines will be BS6 ready when the arrive in India. The second generation Hyundai ix25 or the Creta arrives at a time when the compact SUV segment is hotting up globally. The model will lock horns against a number of offerings in India including the Renault Captur, Nissan Kicks, Tata Harrier, Jeep Compass, the upcoming Kia SP2i SUV as well as the MG Hector.