The Tata Gravitas SUV is expected to be launched in India during the festive season. The 7-seater version of the Tata Harrier has been spotted again testing in Pune. 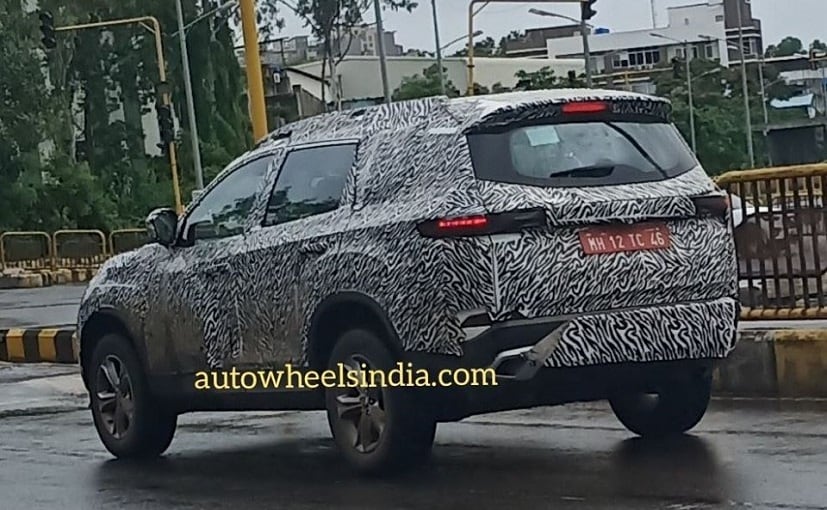 We have already seen numerous spy shots of the upcoming Gravitas SUV as Tata Motors has been rigorously testing the SUV on the Indian roads. The homegrown automaker is expected to launch the Gravitas SUV in the country later this year, precisely during the festive season. As the festive season is around the corner, the SUV in a fully camouflaged avatar yet gain has been captured testing on the roads of Pune. The test mule in the spy shot is still heavily camouflaged concealing the white exterior body-coloured, yet giving out a sneak peek. Also, heavy draping of the SUV indicates the carmaker might make some styling tweaks to the SUV, compared to the model we saw at the Auto Expo 2020. 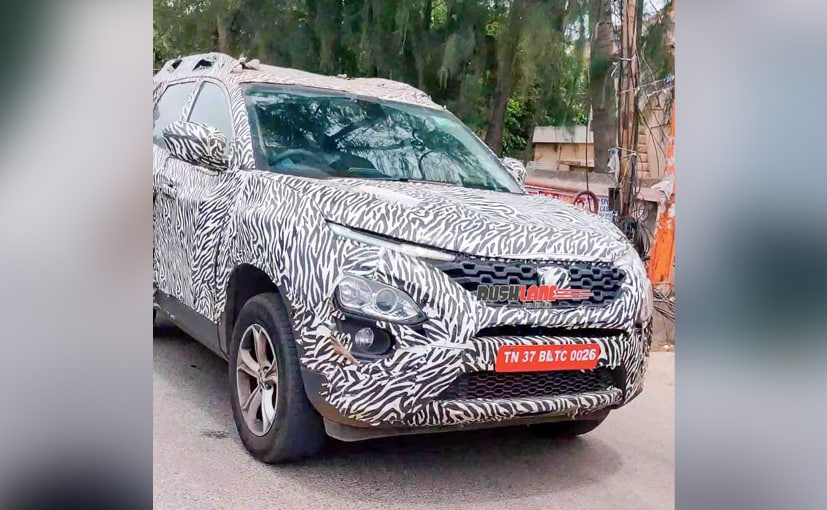 The upcoming Tata Gravitas will be based on Tata's OMEGA Arc platform and will borrow design and styling elements from the 5-seater sibling Harrier. However, we can expect some visual updates on the Gravitas to differentiate the two SUVs. The SUV will carry a cascading grille with honeycomb mesh, LED tail lamps, squared wheel arches, roof rails, a large roof-mounted spoiler, a large tailgate, massive rear windscreen, and a beefier rear bumper and more.

Another differentiating aspect between the SUVs will be the dimensions. The upcoming Gravitas SUV will be 63mm longer and 80mm taller than the Harrier. The overall length, height and width of the SUV will measure 4661 mm, 1786 mm & 1894 mm respectively. However, the wheelbase of the SUV remains untouched at 2741 mm.

The Gravitas SUV is likely to feature similar interior design as that of the Harrier with a similar black and brown dual-tone paint scheme. The SUV will also sport a semi-digital instrument cluster, floating display in piano black housing with in-car controls and chrome bezel, three-spoke steering wheel, updated comfort features and more.

Tata Gravitas SUV was unveiled at the 2020 Auto Expo

Powering the upcoming Tata Gravitas SUV will be the same Fiat-sourced 2.0-litre, 4-cylinder diesel engine that is also seen on the 5-seater Harrier SUV. The oil burner is capable of churning out 168 bhp and 350 Nm of power figures, and these figures are likely to remain unchanged on the Gravitas. Transmission duties will be handled by a 6-speed manual gearbox along with an optional 6-speed automatic torque converter.