According to latest reports, Triumph Motorcycles has officially confirmed that a new Daytona 765 will be launched, but only as a limited edition model sometime in 2020. 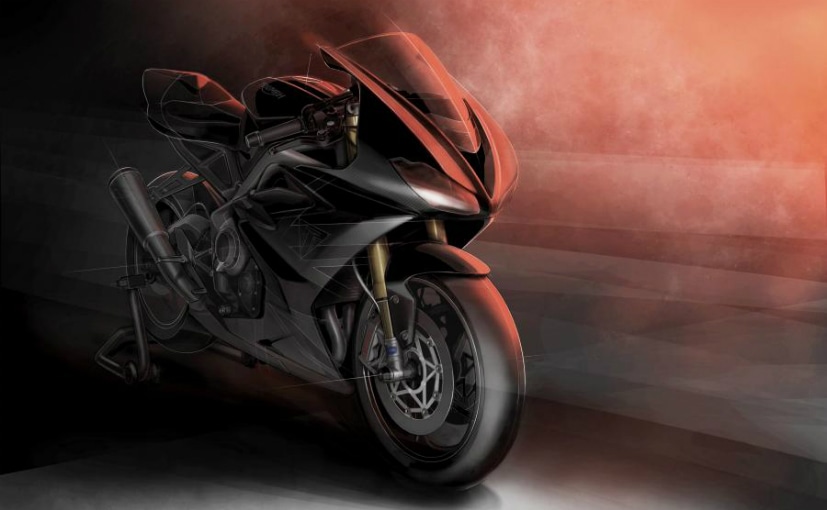 Triumph Motorcycles has confirmed that a limited edition model based on Triumph's learnings from Moto2 will lead to a production model called the Triumph Daytona Moto2 765 Limited Edition. The new supersport bike will be built in two versions, one for Europe and Asia, and the other for US and Canada. Production for each market will be limited to just 765 bikes, and the new bike will be built around the 765 cc in-line three-cylinder engine that started in the current Triumph Street Triple RS, before the engine was race-tuned and further developed to the single-engine Moto2 championship from 2019. 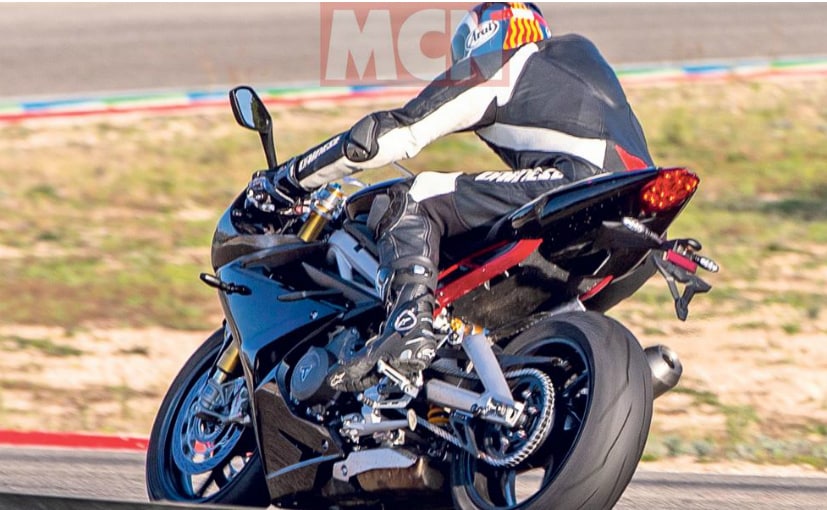 The production-spec model is likely to get Ohlins suspension, Brembo brakes and a top-notch electronics package with a 6-axis IMU

The 2020 Triumph Daytona 765 will be the most powerful Daytona ever built, and according to the report, Triumph has confirmed that the new Daytona will have "significantly more power and torque" than both the Daytona 675R as well as the Triumph Street Triple ₹ The new Daytona 765 will also be lighter than the old Daytona 675R, and obviously have a much better power-to-weight ratio than the old Daytona. The 765 cc, in-line triple on the Street Triple RS puts out 121 bhp, while the race-tuned Moto2 765 is claimed to deliver more than 138 bhp. So, it will be safe to assume that the new Daytona 765 will have power output in the region of around 130-135 bhp.

Also Read: Is A Triumph Daytona 765 In The Making? 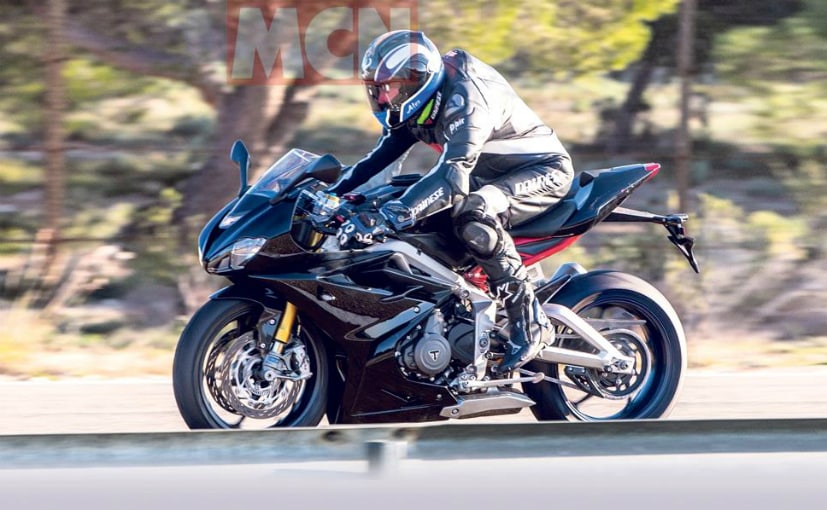 A recent spy shot reveals a Daytona under test with similar bodywork as the previous model, but the engine is the 765 cc triple

According to the report, the finished bikes will be unveiled at the British MotoGP at Silverstone on August 23, when the production-spec Daytona Moto2 765 Limited Edition will be unveiled to the public for the first time. We expect a sophisticated electronics package managed through a full-colour TFT screen, with five riding modes - Road, Rain, Sport, Rider and Track. MCN has also published some latest spy shots of a Daytona undergoing test runs somewhere in Spain. While the bike in the spy shots looks near identical to the outgoing Daytona 675R, the engine is certainly the new 765 cc motor from the Street Triple RS, although it's possible that the Daytona 765's motor will come in a different state of tune, and race-spec engine components, including the valve train and cam profiles, as well as lighter engine internals.

The spy shots of the new Daytona 765 reveal top-spec Ohlins fork and monoshock, and braking seems to be handled by Brembo Stylema radial calipers. The electronics package may not offer semi-active suspension, but a six-axis inertial measurement unit will likely power the electronic rider aids, meaning there is the very real possibility of cornering ABS, cornering traction control and even slide control settings. A bi-directional quickshifter is also likely as standard. The new Triumph Daytona 765 is expected to be launched as a limited edition model, at least, initially, in March 2020, and is very likely to be offered on sale in India. But expect demand to be huge for the latest supersport, and availability will be limited to a lucky few.