Akshay Kumar Is Now The Proud Owner Of The Jeep Compass

The 'Jolly LLB 2' actor has bought a brand new Compass and no this is no marketing deal that he's struck with the FCA and we've confirmed this. 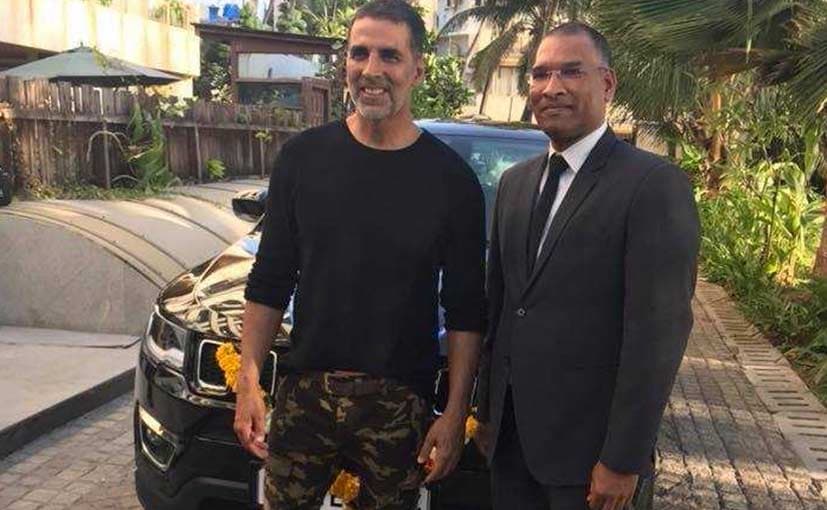 We've known for a while that actor Akshay Kumar loves SUVs, which is why he has owned cars like the Honda CR-V, Porsche Cayenne and even a Range Rover. However, he seems to have found love in the form of the Jeep Compass recently. The 'Jolly LLB 2' actor has bought a brand new Compass and no this is no marketing deal that he's struck with the FCA and we've confirmed this. The actor seems to have fallen for the rugged looks and competitive price of the Compass but he's not the first actor to take a liking for the Jeep brand.

Back in January we told you about the 'Dishoom' actor Jacqueline Fernandez taking to Instagram to introduce to the world that she was now the owner of a Compass. In fact, it was last year, that actor/producer Saif Ali Khan bought the range-topping Jeep Grand Cherokee SRT which is the performance edition of the Grand Cherokee as also the company's flagship offering.

We do not have details yet on whether it's the petrol or diesel model of the Compass that Akshay has bought, however, we do know how capable the car is having driven it as also compared it to its rivals. The Compass is available in both petrol and diesel engines and also gets an automatic transmission. However, there's a new variant that's going to hit the market soon and Akshay Kumar should have probably waited for it. We say this, because we've driven the Compass TrailHawk and found out what it can do not just on road but off it as well.

We are being told that the bookings for the TrailHawk variant will start soon and the launch will follow. We wait to find out more about the car.