The planned 2.8 million-square-foot plant, scheduled to open in late 2023, will employ 1,300 people and will have production capacity of about 35 gigawatt-hours. 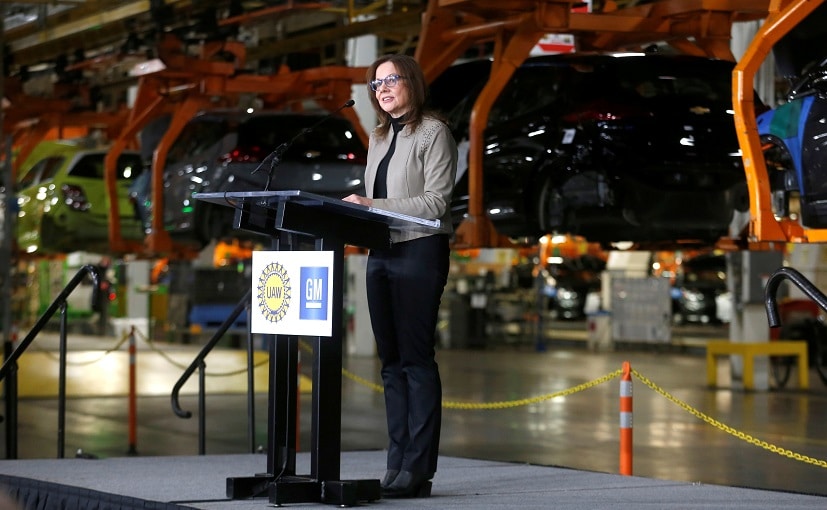 View Photos
The plant's capacity would enable it to supply battery packs for more than 500,000 EVs a year.

General Motors Co and South Korean joint-venture partner LG Energy Solution on Friday said they will build a second U.S. battery cell manufacturing plant, revealing plans for a $2.3 billion factory in Spring Hill, Tennessee. The planned 2.8 million-square-foot plant, scheduled to open in late 2023, will employ 1,300 people and will have production capacity of about 35 gigawatt-hours, similar to the companies' Ultium Cells joint-venture plant in Lordstown, Ohio, as they move to respond to the growing demand in the electric vehicle market. The plant's capacity would enable it to supply battery packs for more than 500,000 electric vehicles a year.

GM and LG Energy Solution will use a different, less-expensive battery chemistry in Tennessee

"The addition of our second all-new Ultium battery cell plant in the U.S. with our joint venture partner LG Energy Solution is another major step in our transition to an all-electric future," GM Chief Executive Mary Barra said.

The United Auto Workers on Friday called on GM to ensure the new plant is staffed with union-represented workers, which GM officials have said would be determined by the employees.

LG Chem said in a regulatory filing that its LG Energy Solution unit will invest $933.5 million in the plant between this year and 2023.

GM and LG Energy Solution will use a different, less-expensive battery chemistry in Tennessee than the one to be used in the Lordstown plant that opens next year, sources previously told Reuters.

Sources have said the No. 1 U.S. automaker will need more battery plants beyond Tennessee to meet aggressive EV targets, including projected sales of more than 1 million EVs globally in 2025. GM's longer-range target includes halting sales of light-duty gasoline and diesel-powered vehicles by 2035.

Most battery manufacturing is currently concentrated in China and Korea, while Tesla and Japanese partner Panasonic largely control most U.S. battery production.

When it opens, the new GM-LG battery plant will supply batteries for the Cadillac Lyriq crossover EV that GM is slated to start building at its nearby Spring Hill assembly plant next year. LG is expected to supply the batteries from Korea until then.

Supplier sources said a second Cadillac electric crossover, called Symboliq, is expected to join the Lyriq in production at Spring Hill in 2024, along with two new electric crossovers for Honda and its premium Acura brand.

GM said in October it would invest $2 billion in Spring Hill to build EVs. The Detroit automaker said last year it was investing $27 billion in electric and autonomous vehicles over the next five years.

GM is expected to build EVs in five North American plants by 2025 - two in Michigan, and one each in Tennessee, Ontario, Canada, and Mexico, according to research firm AutoForecast Solutions.

LG Energy Solution said last month it planned to invest more than $4.5 billion in U.S. battery production over the next four years, including plans to build at least two new plants.

The expansion of electric vehicles with GM was expected to contribute to the "success of the U.S. Green New Deal policy," LG Energy Solution CEO Kim Jong-hyun said in a statement, adding LG will "focus more on establishing a stable supply chain system that is differentiated and stable within the U.S., from R&D to production of batteries to raw materials."