The Game of Thrones stars, Kit Harington and Rose Leslie, left their wedding in a classic Land Rover Defender 90, with a -Just Married- sign tied up front. 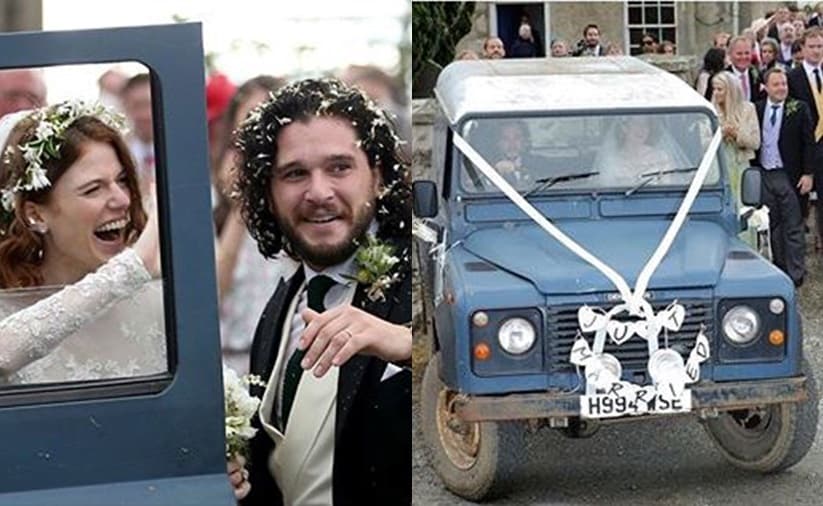 Game of Thrones stars, Kit Harington and Rose Leslie, finally got married this weekend, on June 23, after being in a relationship for almost six years. The celebrity couple tied the knot in Aberdeenshire, Scotland, and one of the biggest highlights of the ceremony, at least for us, was the wedding car itself - a classic Land Rover Defender 90. It's still unknown whether this particular classic off-roader belongs to one of these actors or was it simply hired for the occasion, but, judging by the images we can tell you that this is possibly one of the first-generation models of the Defender 90. 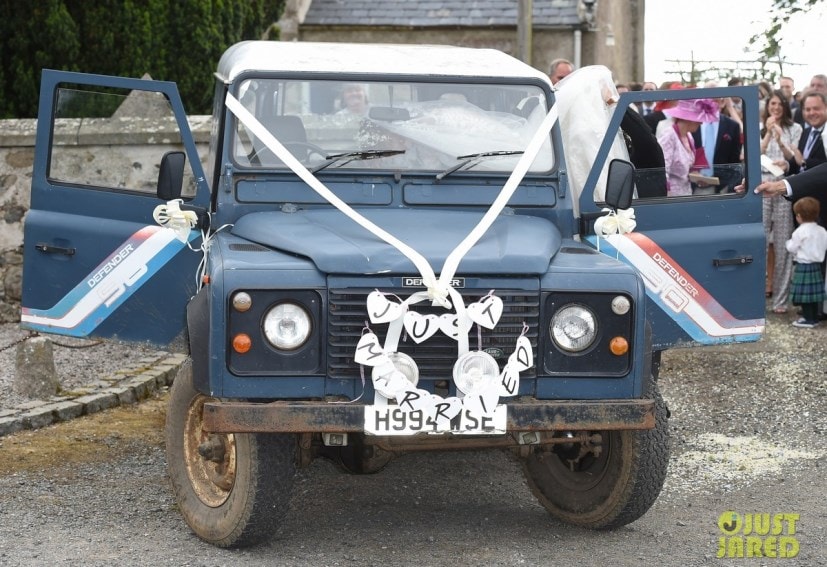 We can see that the rustic Land Rover Defender 90 in these images is still seen in the classic Blue body paint with a white hardtop roof. Additionally, the SUV is also seen with decals on the doors with the words Defender 90 printed on it. The number 90 essentially signifies the wheelbase of the SUV, which used to come in three options 110, 90 and 127. Thus, the number 90 is a reference to the 93-inch or 2,362 mm wheelbase of the Land Rover Defender 90.

Although several body panels were carried over from the Land Rover Series III, the Defender 90 and 110 also came with a host of modern specs and features. The off-roader came with coil spring suspension for improved axle articulation and a more comfortable ride and it also offered a permanent four-wheel-drive system derived from the Range Rover, featuring a two-speed transfer gearbox with a lockable centre differential. Other update features in the Defender 90, with regards to that period, included a taller one-piece windscreen. The Defender 90 was powered by 68 bhp 2.5-litre diesel engine was introduced along with an array of other options. 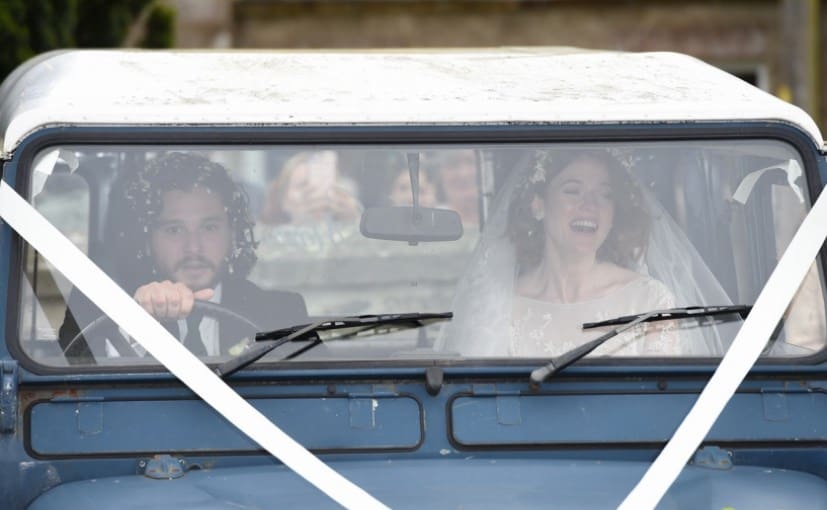 Kit and Rose in the Land Rover Defender 90

While Rose Leslie's character was killed in the series a few seasons back, Kit will be reprising his role of Jon Snow in the eighth and final season of the Game of Thrones, which is right now scheduled to premiere in the first half of 2019.