Winning both rounds of the 2020 FIM BAJAs Cross-Country World Cup, Sebastian Buhler has been crowned champion in this shortened season, while teammate Joaquim Rodrigues finished second in the BAJA Portalegre Rally in Spain this weekend. 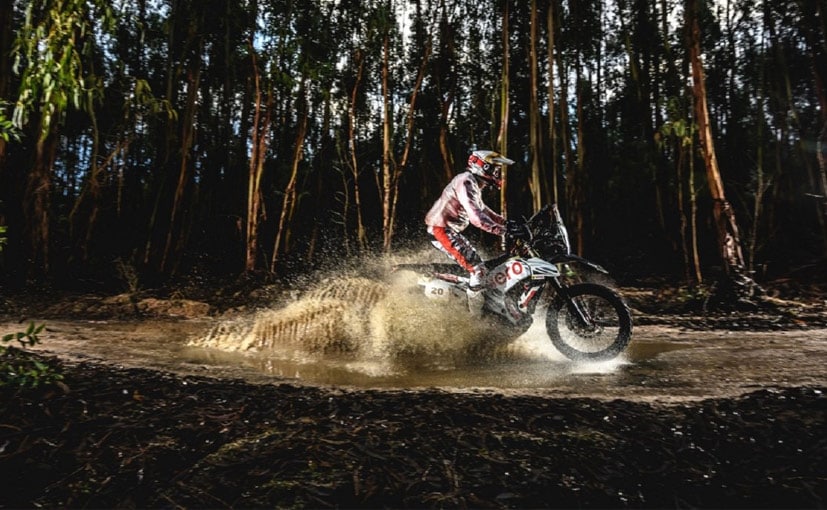 View Photos
The Spanish rider won both the BAJA events this season - the BAJA Do Pingal and BAJA Portalegre.

Hero MotoSports Team Rally rider Sebastian Buhler has won the BAJA Portalegre Rally in Spain, and in the process, has been crowned the 2020 FIM Cross-Country BAJA's World Cup winner. The Spanish rider won both the BAJA events this season - the BAJA Do Pingal and BAJA Portalegre. Joining Buhler on the podium was Joaquim Rodrigues with a second place finish in the Portalegre Rally. Overall, Rodrigues finished fifth in the championship standings after two rounds. The team made a grand comeback in its second major outing since the lockdown, and this win will certainly motivate the riders as they prepare for the 2021 Dakar Rally. The 2020 BAJA Portalegre Rally was originally slated to cover 550 km including 420 km of special stages. The Prologue stage (Special Stage 1) saw the riders finish 3rd and 6th respectively, while Buhler went on to win Stage 1 (Special Stage 2), with Joaquim Rodrigues securing second. The Super Special 3 was the final stage of the rally and was shortened significantly to 79 km after torrential rains made many parts of the 330 km stage unsafe for competition. Buhler continued his winning streak once again, with Rodrigues taking second.

Sebastian Buhler, Rider, Hero MotoSports, said, “It rained a lot yesterday so they had to cut the stage short today. Today's track was sandy and even with the rains and holes, it was quite nice to ride. The bike we have been testing here has performed very well. Even with these wet conditions it was very easy to ride. Thanks to my team for putting in all the hard work. Overall I think it was a very good race and I am very happy to have won it for Hero MotoSports.” Joaquim Rodrigues, Rider, Hero MotoSports, said, “It was great fun to race in all the water and mud. We are very happy to get a good result for the team and also with how the bike performed. It was a good race for testing everything and providing motivation to the entire team. We didn't have much time for preparations this year but in the short time we had we have improved a great deal and all of us are happy with the way we have shaped up for the Dakar.”

Speaking on the team performance, Wolfgang Fischer, Team Manager, Hero MotoSports said, “We are all happy to be racing again and the last couple of months have been full of learning for us. The FIM World Cup victory is a great reward for all the hard work the Team has put in and we dedicate this to our friend and Hero Paulo. Now we have only a few busy weeks left to ship all the material for the Dakar and then we all will move to Saudi Arabia, for what we are hoping will be a safe Dakar Rally for everyone. Our thanks go out to all the colleagues and fans for their continuous support.” 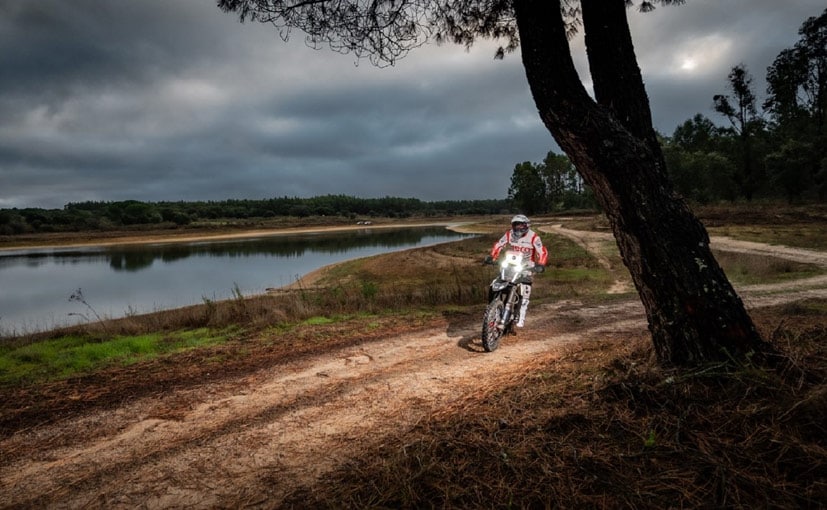 Hero MotoSports Team Rally is now preparing for the 2021 Dakar

Hero MotoSports Team Rally had a thundering start to the year with the 2020 Dakar, which abruptly ended with the untimely demise of team rider Paulo Goncalves. This, followed by the pandemic and a global lockdown, meant the team has little time to prepare for the 2021 Dakar rally. However, it still managed to catch up on the crucial rallies and is set to go all guns blazing into 2021. The Portalegre Rally was also crucial in the final testing and setting up the bikes for 2021 Dakar.

The Dakar Rally goes back to Saudi Arabia next year and Hero will now be preparing solely for the same. The team will be fielding three riders - Sebastian Buhler, Joaquim Rodrigues and India's very own CS Santosh, all of whom have shown considerable improvement in their performance this year. The Dakar Rally will be held between January 3-15, 2021.