Four units of the MV Agusta Turismo Veloce 800 Lusso SCS were handed over to the Italian police in Milan. 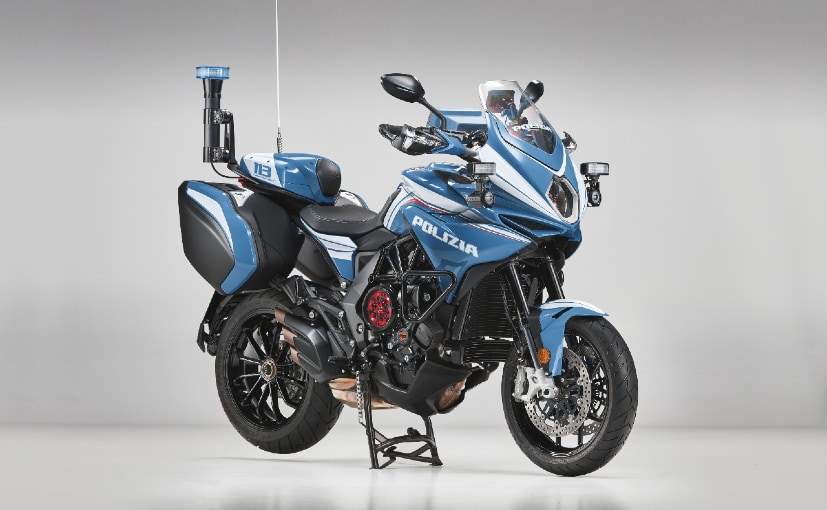 Four new MV Agusta Turismo Veloce Lusso SCS featuring the official Italian State Police blue livery have been handed over to the Italian police in Milan. The four new bikes joined the existing two Turismo Veloce and the two Rivale bikes currently in service with the "Nibbio" Motorcycle Unit from Milan's Police headquarters. The bikes, decked out in beautiful blue and white livery, were handed over at a ceremony attended by Milan's Police Commissioner "Questor" Giuseppe Petronzi, and MV Agusta CEO Timur Sardarov. 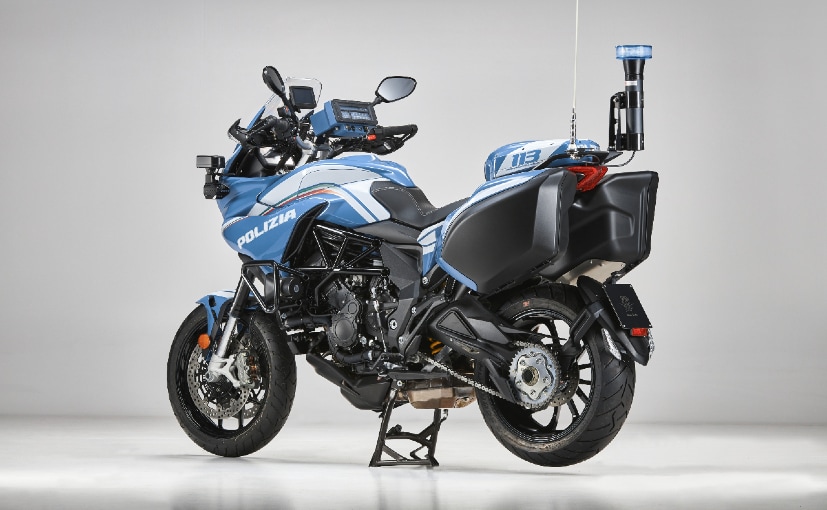 "To see our bikes used by the State Police to protect and assist the citizens of Milan fills us with pride" said Timur Sardarov, CEO MV Agusta Motor S.p.A. "At MV Agusta we like to say we manufacture the most beautiful and technologically advanced bikes in the world, but today we are even happier to announce that our technology is being used to provide security to our communities. The women and the men of the Nibbio Unit are exceptional riders, and our bikes could not be in safer hands. I wish to thank Quaestor Petronzi for his trust and for giving us the opportunity to support the extraordinary work of the Italian Police." 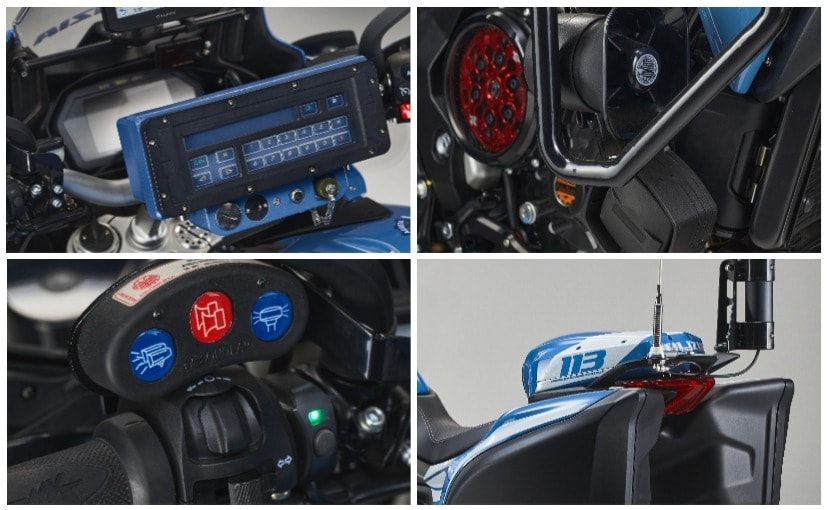 The police bikes get blinkers, strobe lights, radio and siren

"Today we are consolidating an established collaboration between the State Police and MV Agusta, who is generously increasing our motorcycle fleet. The Nibbio Unit can now count on 4 new bikes for a better, more capillary patrolling of our streets. The Turismo Veloce Lusso SCS is particularly suited", continued Quaestor Giuseppe Petronzi, "for Police work in serving our citizens. Improving our monitoring capability through an ever more capillary control over a broad territory is one of our primary objectives. I therefore thank MV Agusta for their generous attention towards the Police Force." 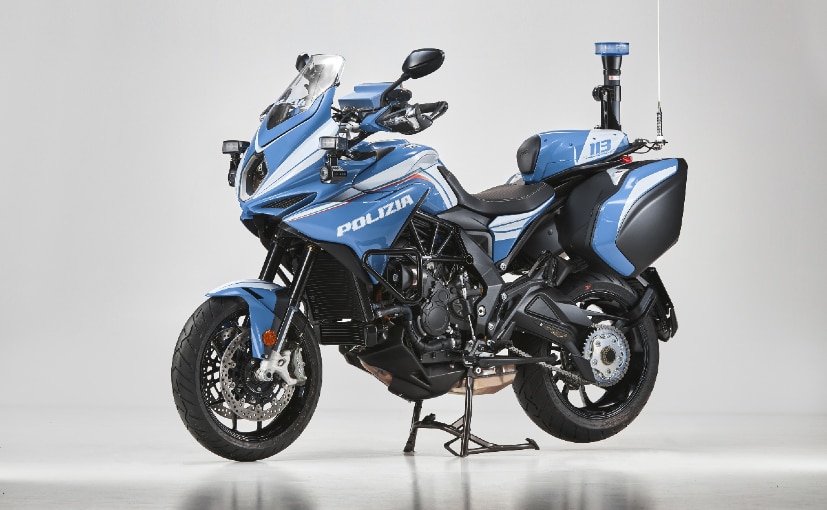 The Turismo Veloce Lusso SCS is powered by the 798 cc, 12-valve, in-line, three-cylinder engine with counter rotating crankshaft which makes 110 bhp at 10,150 rpm and 80 Nm of peak torque at 7,100 rpm. The six-speed gearbox comes with MV Agusta's Smart Clutch System (SCS). The bike gets 60 litres of luggage space in the panniers, and also gets features for police work like blinkers and strobe lights, along with a police radio and siren.