Bentley says that the new Continental GT is the pinnacle of the company's design and engineering achievements and marks the next step in Bentley's journey. 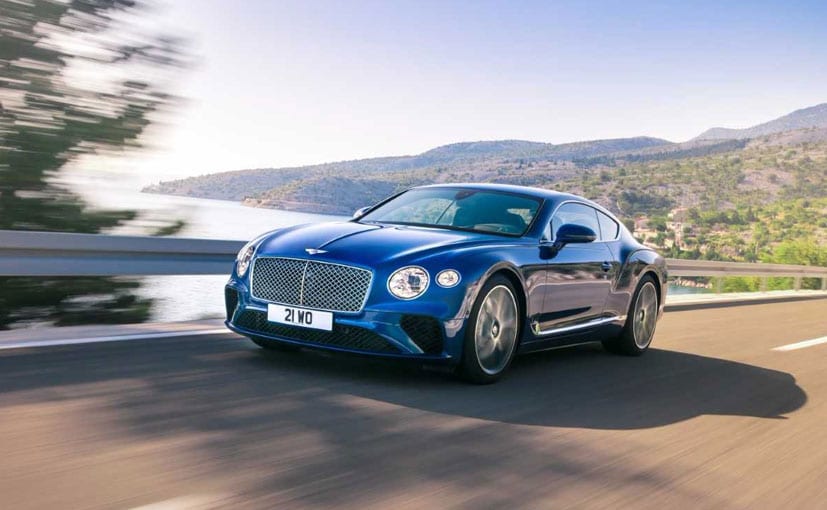 Bentley Motors has taken the covers off the all new Continental GT ahead of its official debut at the upcoming Frankfurt Motor Show in September. The new third-generation Bentley Continental GT combines luxury and technology along with the Grand Touring refinement. At the heart of the new Continental GT sits an all-new, enhanced version of Bentley's renowned 6.0-litre, twin-turbocharged W12 TSI engine, mated to a dual-clutch 8-Speed Transmission. Bentley says that the new Continental GT is the pinnacle of the company's design and engineering achievements and marks the next step in Bentley's journey. 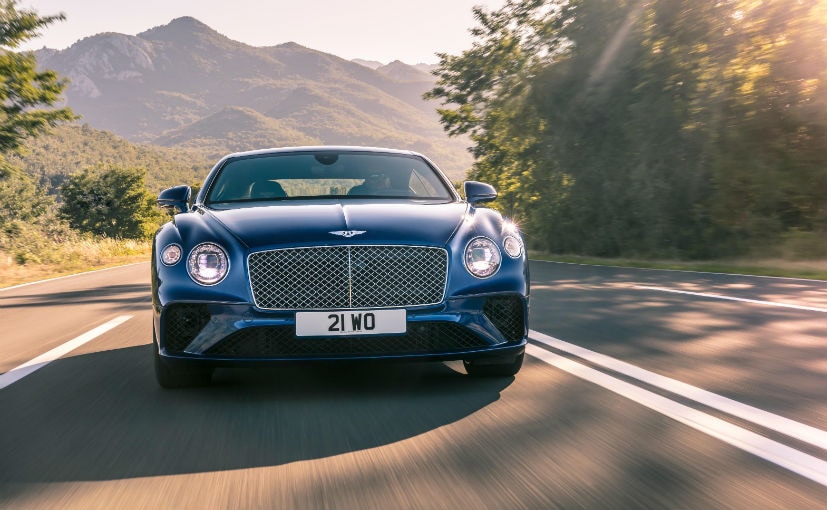 The Continental GT's profile is longer and lower due to the positioning of the front wheels 135 mm further forward, which in turn allows the bonnet to be extended and the nose to be lowered. However, the key signature lines of the original Continental still dominate, with the 'power line' travelling from the headlights to the muscular rear haunch. The lighting on the Continental GT uses the latest LED Matrix technology which is inspired by the finest cut-crystal glasses. The internal surfaces are transparent with sharply defined edges that catch the light like a diamond. The rear of the car is a radical styling departure, with the taillights now shaped into ellipses, reflecting the silhouette of the exhaust tail pipes below them. The taillights also feature the cut-crystal effect, highlighting the three-dimensional depth of the optics. 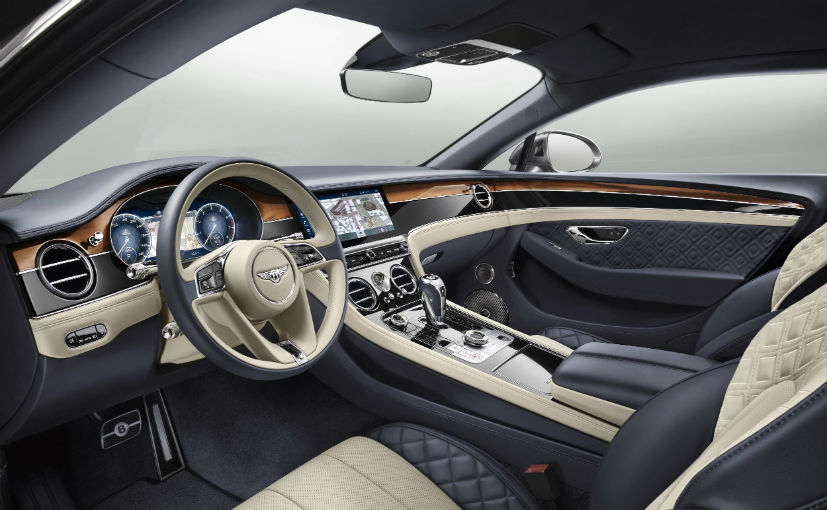 The interior of the new Continental GT showcases sustainably sourced veneers - including Koa, Bentley's newest veneer - and hand-polished chrome details. For the first time, unique dual-veneer options are also on offer. Over 10 square metres of wood are used in each Continental GT, and it takes almost nine hours to create and fit the wooden inlays by hand. 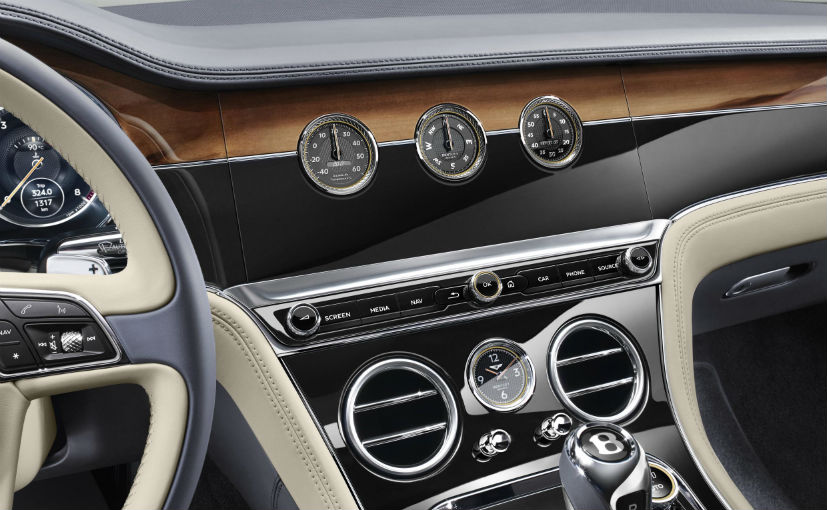 The centre console is finished to match the lower fascia, but can be specified in a new technical finish that is inspired by the delicate mechanical surfacing inside the finest automatic Swiss watches, known as Cotes de Geneve. This surface is machined onto 0.6 mm-thick aluminum and is created by machining from side to side to create a linear pattern. Each row is 5 mm wide and machined at an angle to give a truly three-dimensional finish, with each pass of the machine making a minute step of 0.5 mm. Another hidden delight is the addition of bronze inserts between surfaces on the primary controls.

The driver-orientated instrument panel is now fully digital and configurable by the driver. While the main dials appear to be real, they are in fact digital graphics designed to look three-dimensional. This display can show information from across the infotainment system including satellite-navigation information. When the engine start button is pressed, the veneer in the middle of the dashboard glides silently forward and rotates to reveal Bentley's largest-ever touchscreen, a 12.3-inch retina-quality digital MMI display, designed by Bentley with a customer-configurable home screen with three windows able to display the driver's preferred functions. The user interface is designed to be akin to a modern mobile phone and menus are structured to be instantly intuitive. 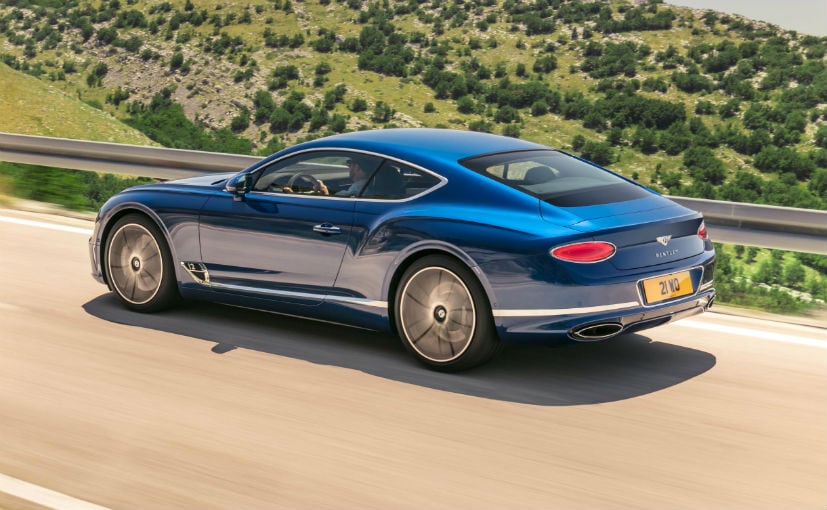 The new Continental GT is offered at launch with an enhanced version of Bentley's 6.0-litre, W12 TSI engine that sets a new benchmark in performance. Designed, developed and hand-built in Crewe, the W12 TSI engine is the most advanced 12-cylinder engine in the world. The unique 'W' configuration means that the engine is 24 per cent shorter than an equivalent V12, benefitting weight distribution and maximizing usable cabin space. The new powertrain produces 626 bhp and 900 Nm of torque, and accelerates the new Continental GT to 100 kmph in 3.7 seconds, and on to a top speed of 333 kmph. Maximum speed is reached in sixth gear, with the seventh and eighth gears acting as overdrive gears for relaxed cruising.

The all-new body and materials save more than 80 kg over the previous Continental W12 body. While the Continental GT retains the classic elegance that made its forebear so popular, the form of the new car is more sculptural and sharply defined and takes much of its inspiration from the critically acclaimed EXP 10 Speed 6 concept car. Moreover, the Continental GT is the first production car ever to have an entire body side made from the Super Formed process.