With its updated styling, all new interior, and bigger dimensions, the new 3 Series is still a great sports saloon albeit with a dose of luxury. 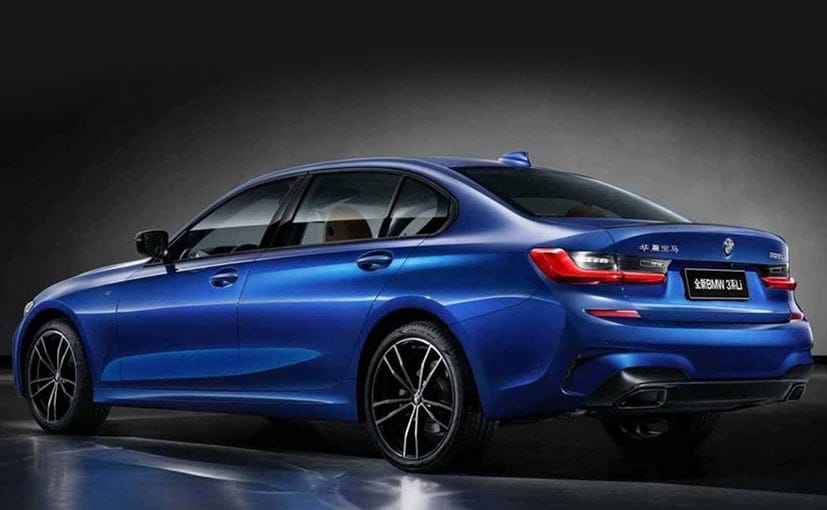 BMW showcased the new 3 Series a few months ago and we have already driven it. With its updated styling, all new interior, and bigger dimensions, the new 3 Series is still a great sports saloon albeit with a dose of luxury. And now BMW has showcased an extended wheelbase version of the new 3 Series, which is destined to be launched in China later this year. The new BMW 3 Series Li is 120 mm longer than its standard version, most of which has been added to the wheelbase making it a more comfortable car for the rear passengers.

China has long had a history of cars being launched with longer wheelbase options, like the 5 Series L and of course similar cars from the Mercedes-Benz, Audi and Jaguar stables too. The new 3 Series Li will have the same design as the global models but will of course have a longer rear door to accommodate the additional bits in the wheelbase. The BMW 3 Series Li for China will also only be a petrol model as the Chinese market is in majority a petrol powered market and will be available in the 325Li configuration with the 4-cylinder turbocharged unit doing duty.

BMW's JV in China - BMW Brilliance, will manufacture the car in China. Expect it to be a popular car especially considering the fact that BMW sold more than 1.3 lakh 3 Series cars in China last year alone.

Indian automakers too have in the past offered long wheelbase only models of certain cars for the Indian market. For example, the S-Class was only offered in a long wheelbase for in India and the current E-Class too gets only a long wheelbase option making it the most popular car in that class even though it comes as one of the more expensive models. BMW could very well use the same tactic for the 3 Series in India offering owners even more space than the likes of the Mercedes-Benz C-Class and Audi A4 while still offering that BMW-ness that a lot of luxury car buyers yearn for.