We take a look at the design language between the Maruti Suzuki Ertiga and the Toyota Innova from the past and present to see how design of the two MPVs have evolved. 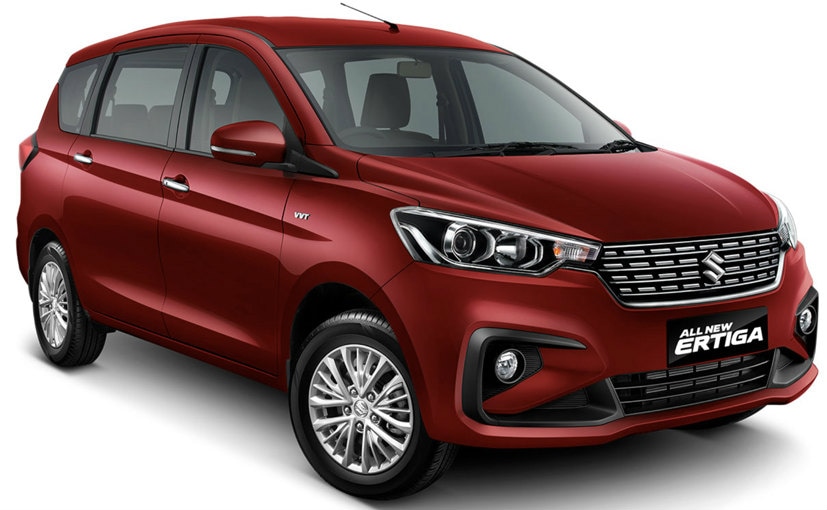 The Toyota Innova is the king of the hill in India and in most south-east Asian countries when it comes to the MPV segment. With great comfortable interiors, outstanding build quality and an exterior design language that has evolved with age across generations, it is the segment benchmark. No wonder then that there are a plethora of MPVs that take inspiration from the Innova. The Maruti Suzuki Ertiga is one of the most popular affordable MPVs in the country. Currently still in its first generation in India since its launch in 2012, albeit with a facelift, the Ertiga will soon be replaced with a new generation, which is much larger and more tech laden than ever before. But that apart, the new Ertiga has a lot of references in terms of design to the Innova. So here is a pictorial comparison between the two MPVs, first in their original form an then in their current (in the case of the Innova Crysta) and future (in the case of the new Ertiga). 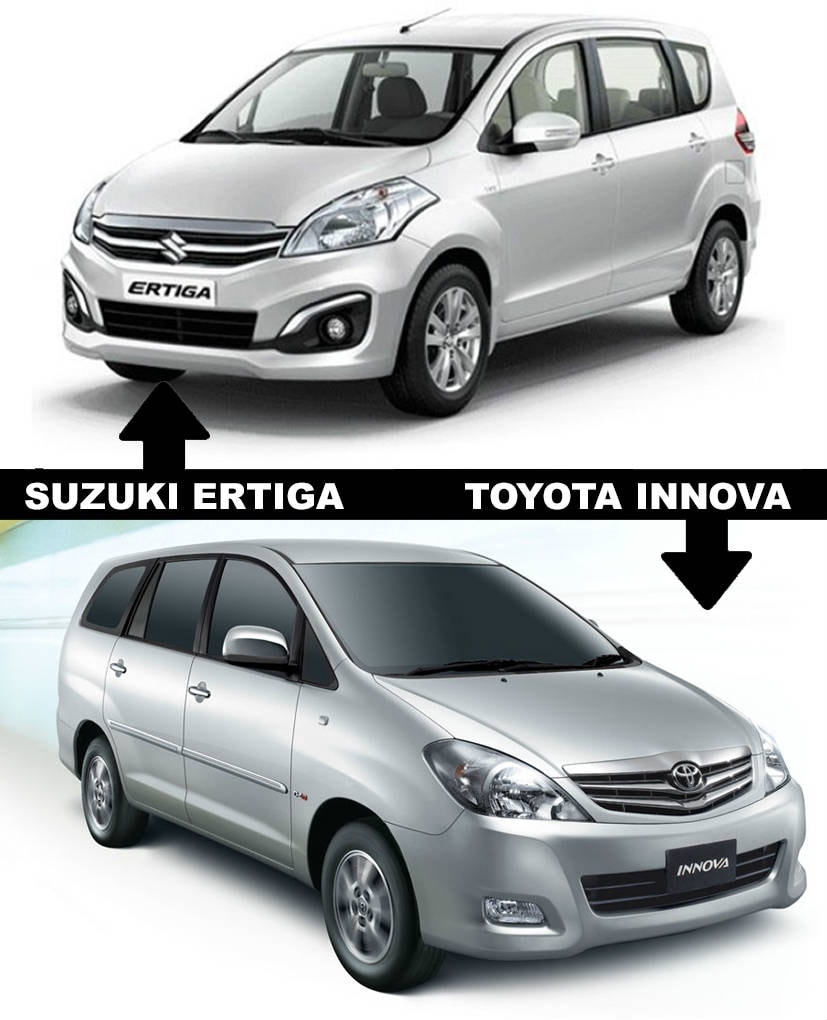 So lets start with the original. Both the Toyota Innova and the Maruti Suzuki Ertiga started life as curvy MPVs. With a traditional set of swept back large headlamps, horizontally slatted grille and 15-inch steel of alloy wheels, both cars were no showcase of design but didn't look awkward either with their typically MPV proportions. The rears too were quite simple. While the Ertiga chose a smaller set of tail lamps, the Innova had a set of vertically stacked units while both had a large chrome trim running across the centre. The Innova did go through two facelifts across its life cycle, with the middle version showcased in the picture above. The Ertiga on the other hand has gone through one mid life facelift showcased above. 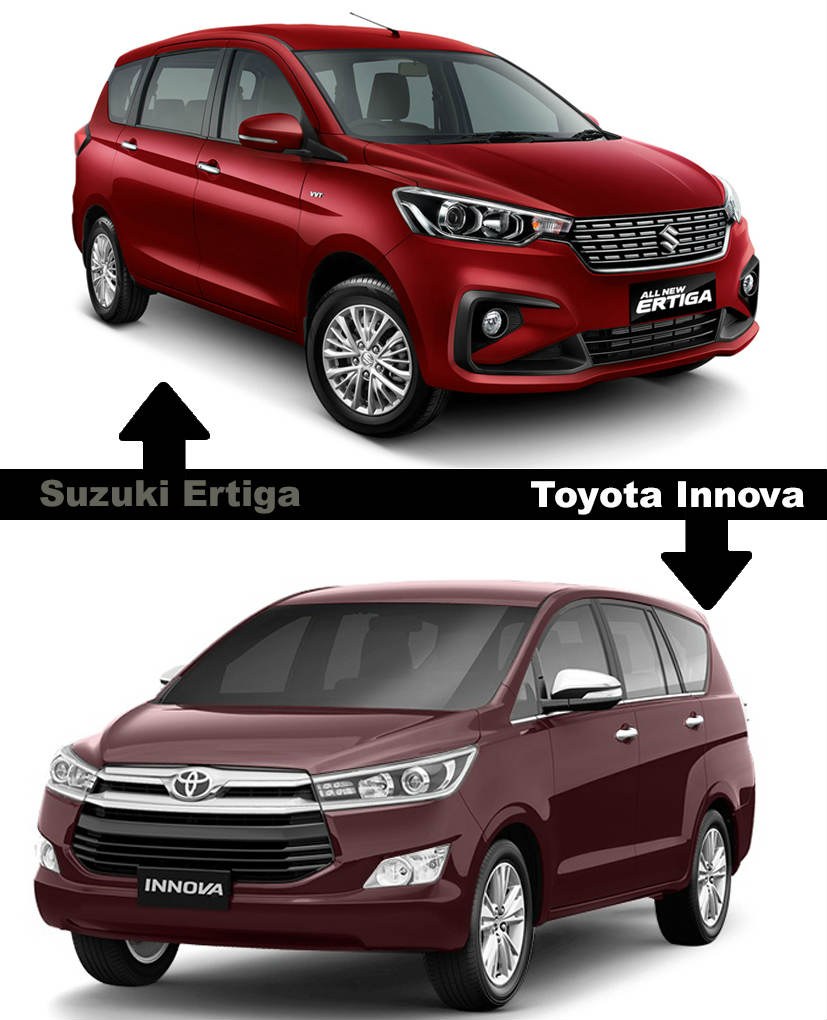 And now, with the new gen Suzuki Ertiga showcased at the Indonesia Auto Show, the design similarities between the Toyota Innova and the latter are getting even closer. For starters, the front end for both the MPVs are a lot more aggressive and with a more upright face. Both now have a double barrel horizontally placed headlamp cluster, which has a generally similar trapezoidal design with round inner barrels. Both MPVs also have their headlamps connected to their respective grilles. That said, the Ertiga, being the newer car also looks a little nicer - especially with that highly detailed grille as compared to the larger and slightly plainer looking Innova. The Ertiga also pays homage to the current gen with its twin fin shaped design elements in the front bumper. 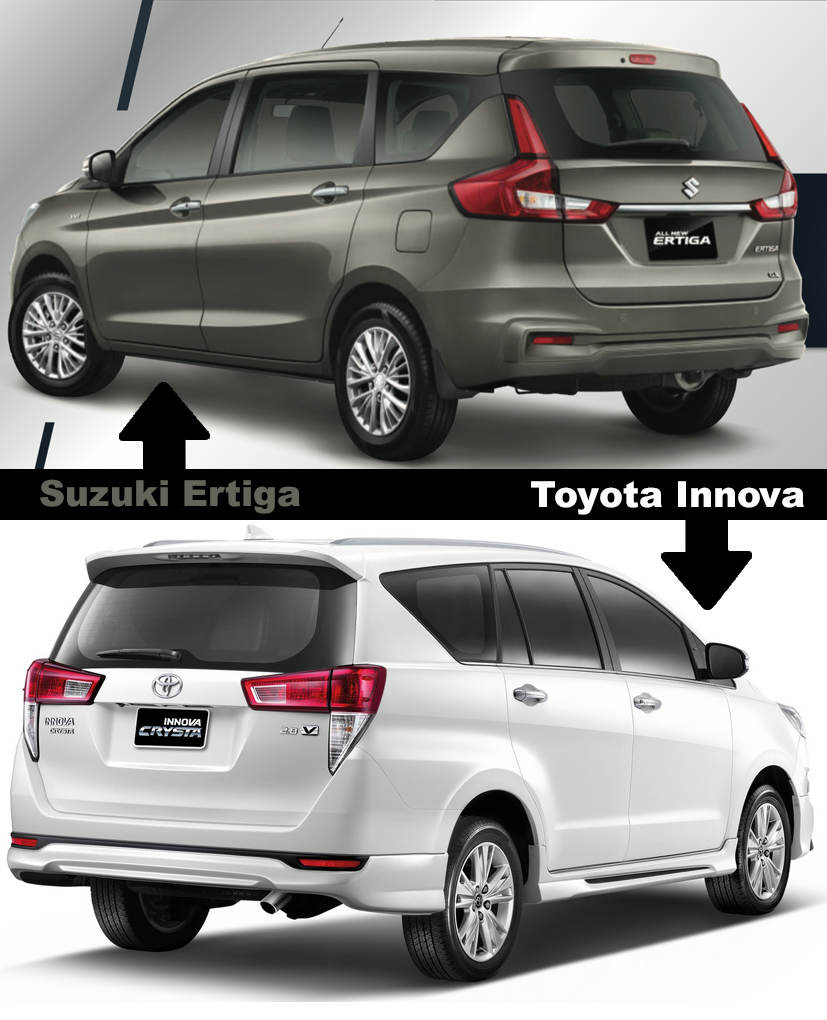 But the most obvious design similarity between the Innova and the Eritga has to be the way the waistline goes upwards towards the rear spoiler around the third row glass area. There are differences in the way both have been implemented though. While the Innova has a tapered edge and a body coloured D-pillar, the Suzuki Ertiga has a blacked out design element - similar to the one on the Swift that gives it a floating roof like design. The rear design on the Ertiga too seems to have been influenced by the Innova as you see in the pictures, and also, we think, by the Volvo SC60/V90 Cross Country. 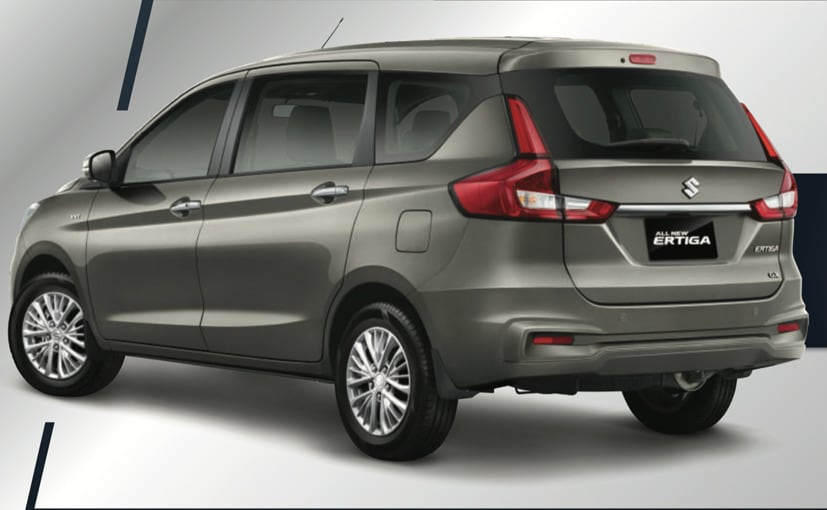 Although the Toyota Innova is a considerably larger car as compared to the Maruti Suzuki Ertiga, it will be interesting to see if the Toyota-Suzuki collaboration in India will result in the Ertiga being badged as a Toyota in the smaller sub-Innova MPV segment with a premium price tag. We expect the new Ertiga to make it to India sometime late this year or early next year.