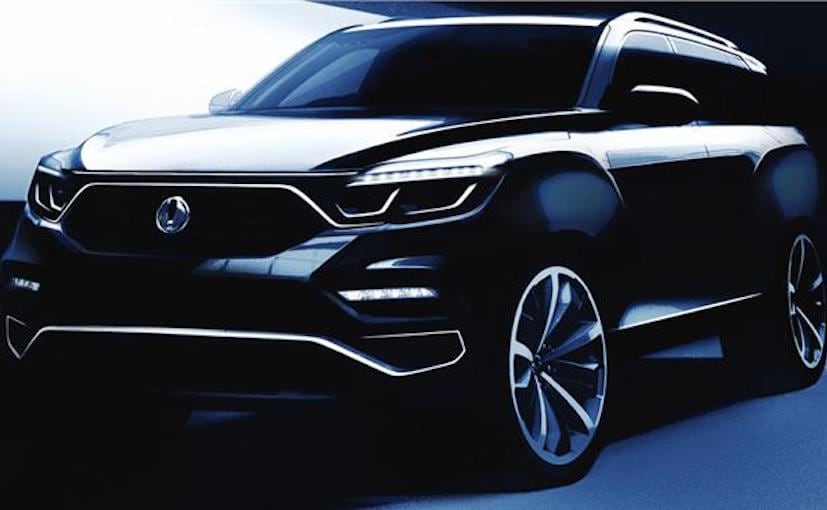 Recently we showed images of the next-generation Rexton spied near the Arctic and now Korean carmaker SsangYong has revealed the first official sketches of the new generation Rexton. Based on the LIV-2 Concept showcased at the Paris Motor Show last year, the production spec 2017 SsangYong Rexton will be revealed at the Seoul Motor Show next month and will be heading to India as well. Interestingly, the SUV is likely to arrive as a Mahindra product instead of SsangYong and will be the Indian automaker's new flagship offering. The new Rexton has been codenamed Mahindra Y400 for the Indian market.

As seen in the sketches, the SsangYong Y400 SUV looks butch with the styling evolved from the LIV-2 Concept. The overall lines from the concept have been toned down but elements have been retained on the bumper and bold grille. You can also see the LED DRLs above the headlamp cluster, while the accentuated wheel arches give it the brawny appeal. The bonnet also gets muscular lines extending up to the A-pillar. At the sides, the sketch houses massive alloy wheels while the shoulder line is slightly raked and adds to the sharp look of the SUV. Inside, the sketch reveals a minimal and upmarket look on the next-generation SsangYong Rexton. The cabin gets the 9.2-inch infotainment system that will host features like Apple CarPlay, Android Auto and even Wi-Fi connectivity. A massive centre console will host all the functional buttons, while special attention will be paid to rear passenger comfort as well. Other features that expected on the new Rexton include rear passenger seat displays, ambient lighting, captain seats with massage function and a host of active and passive safety features.

0 Comments
Based on a ladder-on-frame construction, the next-generation SsangYong Rexton features a completely new chassis while the model is also expected to grow in dimensions with more liberating cabin space. Engine options will include the 2.2 litre turbocharged diesel that is expected to make around 184 bhp and a healthy 400 Nm of torque, along with a 2.0 litre petrol that will make around 225 bhp of power. Transmission options will include a 6-speed manual and a 7-speed automatic. 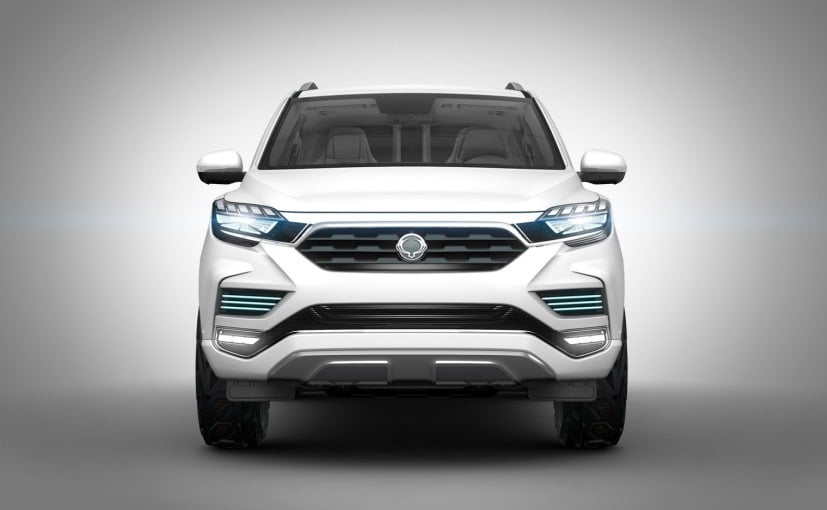 It is at the Seoul Motor Show when SsangYong will reveal complete details on the next generation Rexton. The model is expected to hit international markets in the second half of the year. For India, however, Mahindra is yet to confirm any details about the all-new model. Codenamed as the Mahindra Y400, the flagship is likely to take the XUV moniker upon production and will be position above the XUV500. The new SUV will compete against the Toyota Fortuner, Ford Endeavour, Hyundai Santa Fe and the likes, but expect to see a highly competitive pricing on the model.