Aggarwal unveiled a new website that cites the specifications of the supposed car. But fret not because this a classic April Fool's joke. 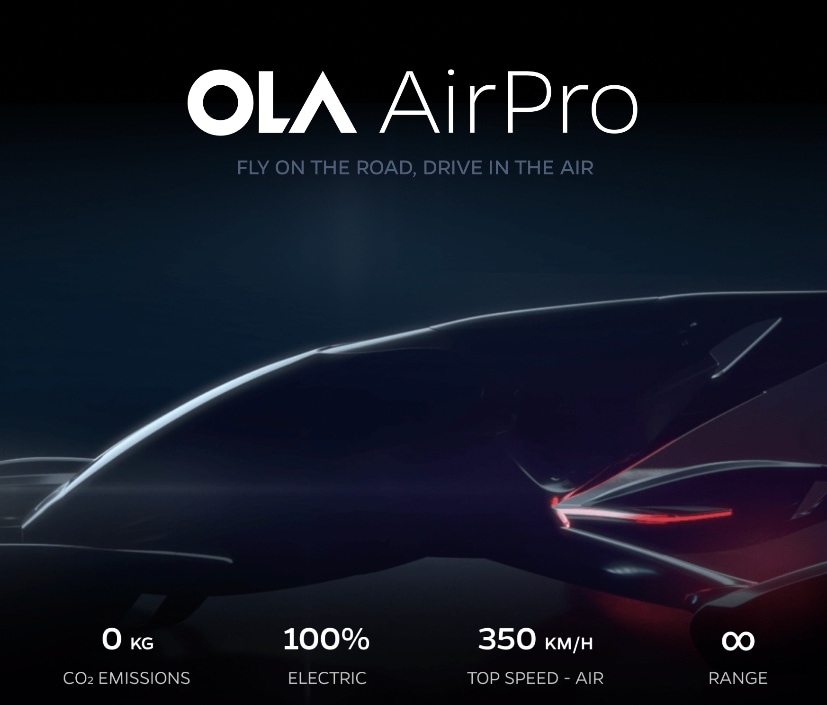 Ola co-founder and CEO Bhavish Aggarwal has posted on Twitter in which his company has unveiled the world's first autonomous electric flying car, called the Ola AirPro. He also unveiled a new website that cites the specifications of the supposed car. But fret not because this a classic April Fool's joke. "Excited to unveil the world's first and only fully autonomous electric flying car. The Ola AirPro. Ab har family bharegi udaan. Test flights now at https://olaairpro.com," tweeted Aggarwal

On the website, some truly unbelievable stats are listed out about the supposed OLA AirPro. It apparently has 0kg of CO2 emissions, it is 100 per cent electric and it has a top speed of 350 kmph which makes it faster than an F1 car. The best bit is the range - infinite, so to say!

The website also details that people don't need a flying or driving license. Some really otherworldly charging technology is being touted. Ola is calling it the PuraCell battery technology which needs to be charged only once.

"With no engine to run, the Ola AirPro cabin is the quietest in its category (a category of one, we admit). What that does is, is make urban mobility a noiseless affair. The auto noise-cancellation cabin of the Ola AirPro cabin maintains the quiet, whether you are road-bound or air-borne. The quiet is quite something," claims Ola, reminding one of the caterpillar drive in the Tom Clancy movie, the Hunt For The Red October.

The battery technology has ethereum-ion cells and the AI apparently is as real as well humans." Using sensors, actuators, complex algorithms, and machine learning to map and navigate terra firma and the sky, the Ola AirPro's AI is best friend material for any driver," said Ola.