Quadricycles Can Now Be Used As Passenger Vehicles: Government

So far, the Quadricycle vehicles were only allowed for transport usage under the Motor Vehicle Act 1988. 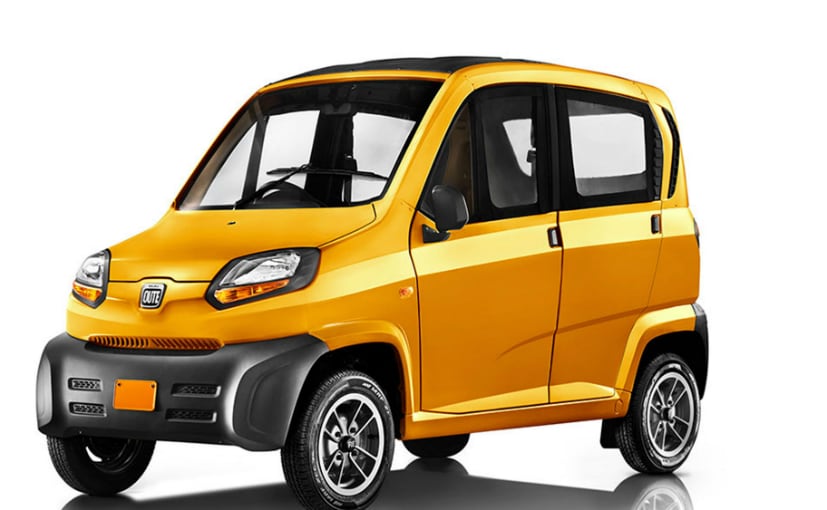 View Photos
The Bajaj Qute will finally be available for sale.

The Ministry of Road Transport and Highways has notified the insertion of the item 'Quadricycle' as a 'non transport' vehicle under the Motor Vehicles Act 1988. So far, the Quadricycle vehicles were only allowed for transport usage under the Motor Vehicle Act 1988 but this notification will now permit Quadricycles to be used as a non-transport or passenger vehicles. This move will certainly help manufacturers like Bajaj Auto India who have been fighting for the inclusion of the Quadricycle. The Bajaj Qute will finally be available for sale and though the company already exports the quadricycle to other markets, it's inclusion in India will certainly see sales soaring.

Earlier this year, the Indian Government had approved of the Quadricycle as a vehicle category. A Quadricycle is a vehicle of the size of a 3-wheeler but with 4 tyres and fully covered top hat like the one in a car. The size of the engine is near to that of a three-wheeler which makes it an affordable and comparatively safer solution for last mile connectivity. Technically, the Quadricucle vehicles will be categorised as A-Segment (entry) vehicles which measure less than 3.6 metres in length, cannot weigh more than 475 kg, and has an engine size of less than 800 cc.