The new Renault Duster Facelift borrows styling cues from the Dacia Duster (the global model it is based on) and is expected to restore sales. 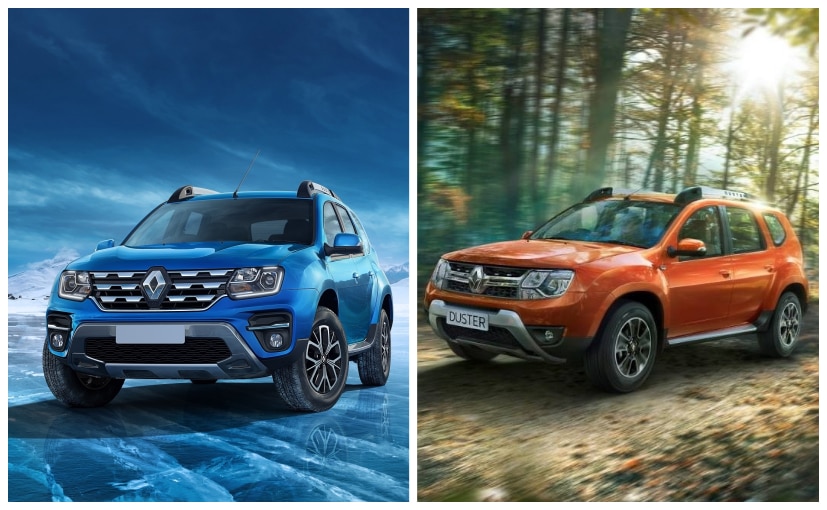 In 2012, the Renault Duster kicked off a new segment in India and introduced the concept of compact SUVs in our market. Indian car buyers then realised that even compact SUVs looks rugged and can take on the rough without being big and burly. Being one of its kinds back then, the Duster was a runaway success. However, the increasing competition in the segment saw sales take a dip. Part of the reason for its lower sales was Renault's choice to add facelifts and limited editions instead of bringing the next-generation model. That said, the second facelift takes inspiration from the Dacia Duster (the global model it is based on) and is expected to restore sales. Read on to know how different the new Renault Duster is from the outgoing one. 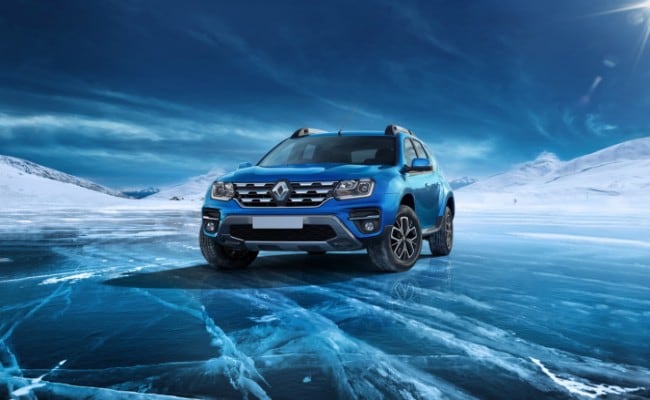 The new Renault Duster Facelift gets a new grille and front bumper along with new headlamp cluster housing LED DRLs.

As mentioned earlier, the facelifted Renault Duster borrows styling cues from the Dacia Duster and the front grille now gets a new three-slat chrome element. Renault calls it the tri-winged grille which has replaced the single slat grille that came with the facelift. The new grille is flanked by a set of all-new headlamps which get projector lights along with LED daytime running lamps (DRLs). The SUV also gets new dual tone body colour front bumper which boasts muscular skid plates and black housings on both ends along with new round fog lamps. It's also equipped with new 16-inch Everest Diamond Cut alloy wheels. Other visual updates include kayak roof rails, body coloured ORVM, matte black tailgate embellisher and new LED tail lamps. Moreover, Renault is offering the Duster facelift in two new colour options - 'Caspian Blue' and 'Mahogany Brown'.

As mentioned, the outgoing model came with a single slat chrome grille which looked a bit compact compared to the new one. The headlamps were simple halogen units and even DRLs were given a miss. That said, the bumper on the previous model looked beefier and the tall skid plate extending to the license plate added to its butch stance. The rear of the previous Duster looked was sculpted but looked tad plain with minimal elements and a short bumper. 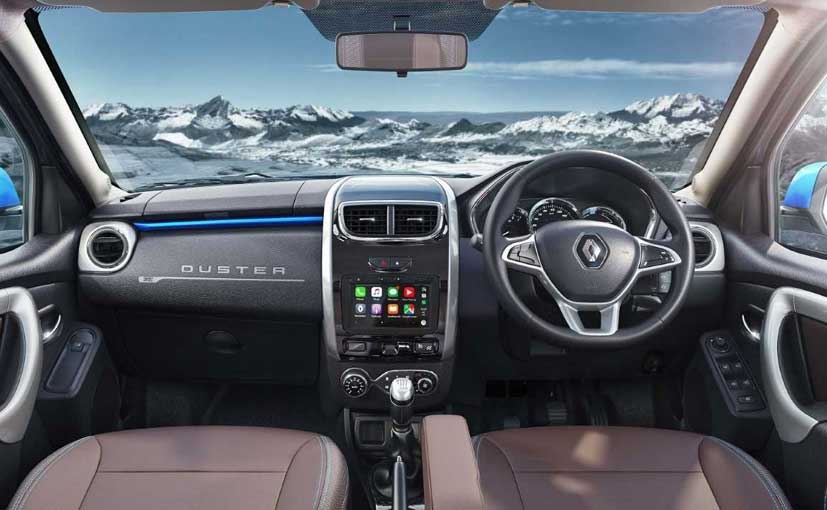 The cabin of the new Renault Duster looks familiar but elements like soft touch padding on the doors and blue highlights make it look fresh.

Though the overall design of the cabin is identical to the outgoing model, there are quite a few modifications in the layout and feature list. The central console has been restyled and gets glossy silver inserts on the borders along with new central air-con vents which are chrome fringed. It also gets a new three-spoke steering wheel featuring soft-touch buttons for music, telephony and Cruise Control among others. The dashboard features 'Duster' lettering on the left side with a new blue styling insert and the door panels are draped in soft-touch materials with blue contrast stitching. The blue theme accentuates to the instrument cluster as well.

The outgoing Renault Duster had the similar layout, save for the central console. However, it came without the soft touch finish on door pads and the plastic felt a little too hard. Soft touch materials have definitely helped to make the new Duster feel upmarket. 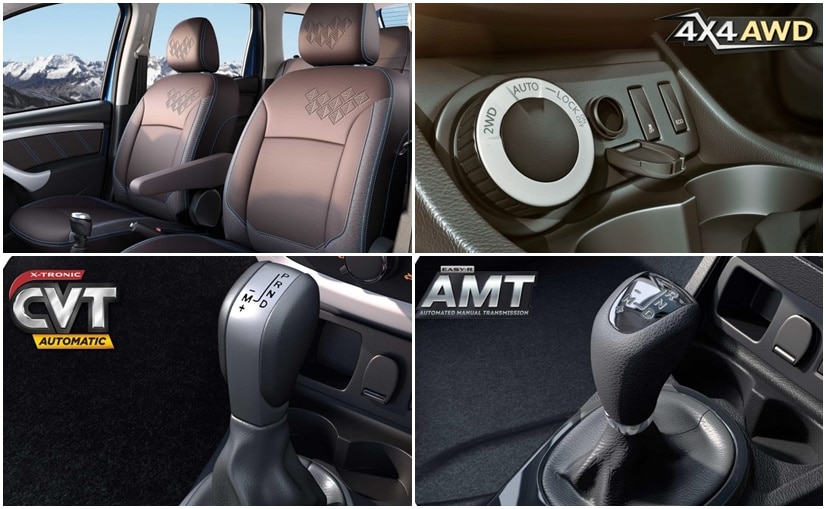 The new Renault Duster gets added features like a driver armrest and new MediaNav evolution system.

In terms of features, the new Renault Duster is equipped with a 7.0-inch touchscreen display with MediaNAV Evolution as opposed to the previous MediaNav system which was updated with Apple CarPlay and Android Auto. It comes with Apple CarPlay, Android Auto, voice recognition and EcoGuide - a system that monitors driving patterns and provides guidelines to improve efficiency. The feature list further includes automatic climate control, illuminated and cooled glovebox and a multi-information display (MID) among others.

The updated Duster is compliant with the upcoming front, side & pedestrian crash norms and adheres to upcoming BNVSAP safety regulations. ABS with EBD, driver and passenger airbags, rear parking sensors, seat belt reminder & speed alert function are offered as standard on the new model. Other features like- Reverse Parking Camera, Electronic Stability Program (ESP) and Hill-Start Assist are available only on top variants.