Spied for the first time, Revolt Motors' first electric motorcycle will be launched in June this year and will offer a range of 150 km with power coming from a lithium-ion battery pack. 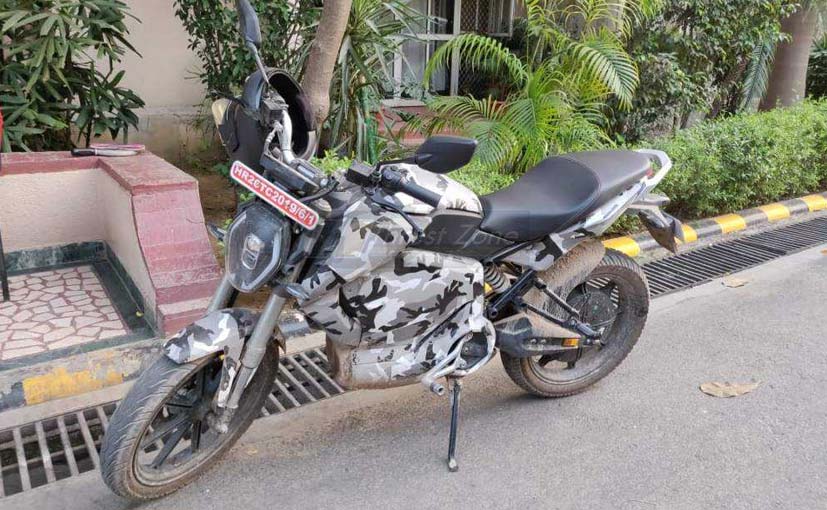 Gurugram-based Revolt Motors recently announced its plans to foray into the nascent electric two-wheeler market in the country. The new start-up is founded by Rahul Sharma, who previously founded Micromax mobiles. While the company did not reveal any details about its offerings at the time of its announcement, images of its first electric two-wheeler have made their way online for the first time. Revolt's new electric two-wheeler is specifically a motorcycle and the prototype certainly looks like something that will be grabbing a lot of attention.

The Revolt electric motorcycle reveals a host of details including the angular headlamp design that seems to have taken inspiration from the KTM 390 Duke. The LED daytime running lights integrated into the headlamp are quite similar, while the projector lens adds a premium touch. Furthermore, we see a flat and upright handlebar, while the tank design looks angular and gets extended shrouds for a sporty appeal. Of course, the electric motorcycle will not get a fuel tank but will be replaced with lithium-ion batteries. The electric motor is likely to be placed around in the centre, making for a lower centre of gravity. The test mule also reveals a single-piece seat, monoshock rear suspension and interestingly Upside Down (USD) forks at the front. Lastly, the test mule is riding on alloy wheels wrapped in MRF tyres at either end. 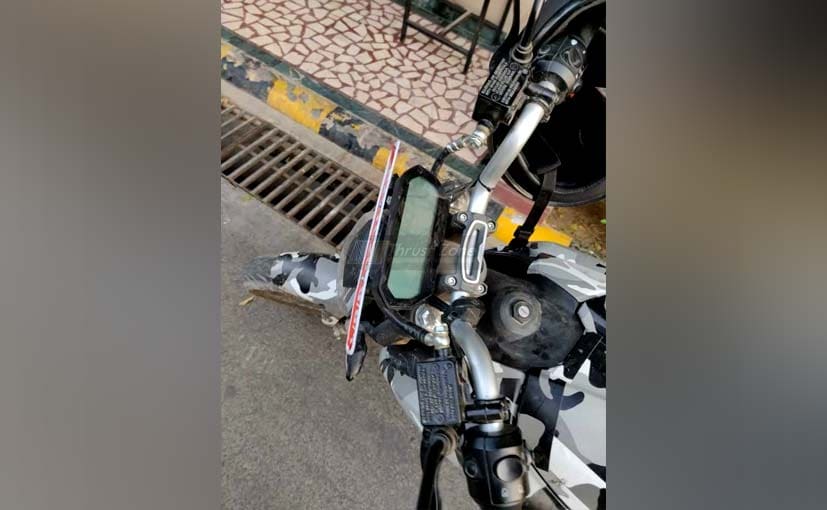 The Revolt electric motorcycle will be enabled with Artificial Intelligence

Revolt Motors is yet to reveal the powertrain and power output details on its electric motorcycle. What we do know is that the company has spent close to two years in the research and development of the project The offering will be enabled with Artificial Intelligence and will have an embedded 4G LTE SIM as well.

The electric offering will have a range of about 150 km on a single charge and lithium-ion battery pack tha can be swapped. The top speed has been limited to 85 kmph, according to the company. While the battery and the electric motor will be imported, the battery management system and the electronic control unit were designed in house. The electric bikes will also get a digital instrument cluster, as seen on the test mule.

The Revolt's electric offerings will be manufactured at the company's 100,000 sq.ft. facility in Manesar, Haryana. Rahul Sharma has started the company with an investment of ₹ 400-500 crore, and the new plant will be able to produce 120,000 vehicles in Phase 1. The electric manufacturer has identified Delhi-NCR as its biggest market initially. The company plans to roll out the production version in June this year, and more details on the offering as well as the company's plans should be available closer to the launch.