The limited-edition Royal Enfield Classic 500 Pegasus was scheduled to go on sale on July 10, 2018, but has been deferred for now after the company's website crashed due to an overwhelming response. 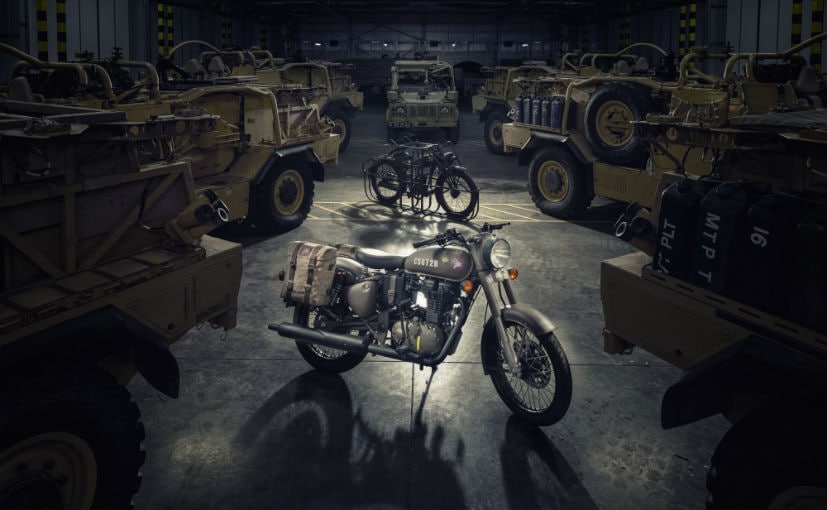 The Royal Enfield Classic 500 Pegasus Edition sale has been indefinitely delayed after the company's website crashed due to the overwhelming response. The Pegasus Edition was to be booked online on a first-come-first-serve basis by customers on July 10, 2018, at 2 pm; and potential buyers had to register with the website beforehand to place an order for the limited edition motorcycle when the sale goes live. The Classic 500 Pegasus Edition was launched in May this year for the global markets with only 250 units of 1000, making their way to India. The limited edition motorcycle pays homage to the paramilitary troopers of the British Army that served during World War II and takes inspiration from the RE/WD 125 Flying Flea motorcycle that served in the army.

Due to the overwhelming response to the Pegasus online sale, we are facing unanticipated technical difficulties on our website. We’ll communicate the revised sale date shortly. Thank you for your continuous support.

Following the website going unresponsive, Royal Enfield took to its Twitter handle to announce that the launch has been delayed due to "unanticipated technical difficulties." The tweet further read that a revised date for the sale of the Pegasus Edition will be announced shortly.

Also Read: Royal Enfield Classic 500 Pegasus Edition: What Else Can You Buy?

The Pegasus Edition marks a chapter in the illustrious history of Royal Enfield and the bike certainly brings forth that chapter forward with its paintwork and additional detail. Without making any mechanical changes, the Royal Enfield Classic 500 Pegasus Edition comes with a spell of changes most prominent of which is the service brown colour scheme, brown handlebar grips, Pegasus emblem with stencilled number on the fuel tank, as well as the period correct Royal Enfield logo. The bike also comes with blacked out bits including the headlamp bezel, engine, exhaust, kickstart lever, foot pegs and wheels to keep up with the military theme.

Thank you for connecting with us, we’ll communicate the revised sale date of Royal Enfield Pegasus sale shortly. Thank you for your continuous support.

Furthermore, Royal Enfield is also offering military-style canvas panniers to complete the vintage look on the Pegasus Edition, while buyers are also promised to get a t-shirt and helmet on the purchase of the limited edition bike. Power continues to come from the same 499 cc single-cylinder engine with 27.2 bhp and 41.3 Nm of peak torque, mated with a 5-speed gearbox.

The Royal Enfield Classic 500 Pegasus was announced at a price tag of ₹ 2.40 lakh (on-road Delhi), which makes it effectively the most expensive offering in the company's stable. However, the fact that production is limited to just 250 units in India also made it a tough bike to get your hands on. As Royal Enfield - President, Rudratej Singh described it to Carandbike at the launch, "The Pegasus Edition is an instant collectible."