Calling it a "compulsory" Monsoon Kit Fitment, KTM India has silently recalled the 2017 and 2018 model year 390 Duke bikes to replace a number of components and rectify reported issues on the bike.

View Photos
The ECU bracket, pillion seat damping bushes and more will be replaced on the 2017 & 2018 KTM 390 Duke

Issuing a silent recall, KTM India has announced a compulsory Monsoon Kit Fitment for the 2017 and 2018 390 Duke motorcycles across the country. As part of the kit KTM will be replacing a number of components on the motorcycle, while also rectifying a number issues reported by customers. The monsoon fitment kit include a new ECU bracket, pillion seat damping bushes and a headlamp vibration fix on the new KTM 390 Duke. Furthermore, KTM will also update the software on certain bikes that faced the issue with the LED headlamp randomly turning off and on. All the upgrades and fitments will be carried out at KTM dealerships pan India, free of cost.

KTM's new ECU bracket with a cover will protect the unit from water and dust, while the new pillion seat damping bushes are redesigned to increase the gap between the seat and the taillight. Previously, increased weight on the pillion seat led to cracking of the taillight as the gap decreased. There are no upgrades to the engine or other mechanical components of the 390 Duke.

Since the first batch that rolled out in 2013 of the KTM 390 Duke, customers in Indian and overseas reported a number of issues with the street-fighter. However, the company has time and again issued fixes for the bike updating several components in the process, and also issuing software updates. The company also revised the design of the radiator for better heat management. 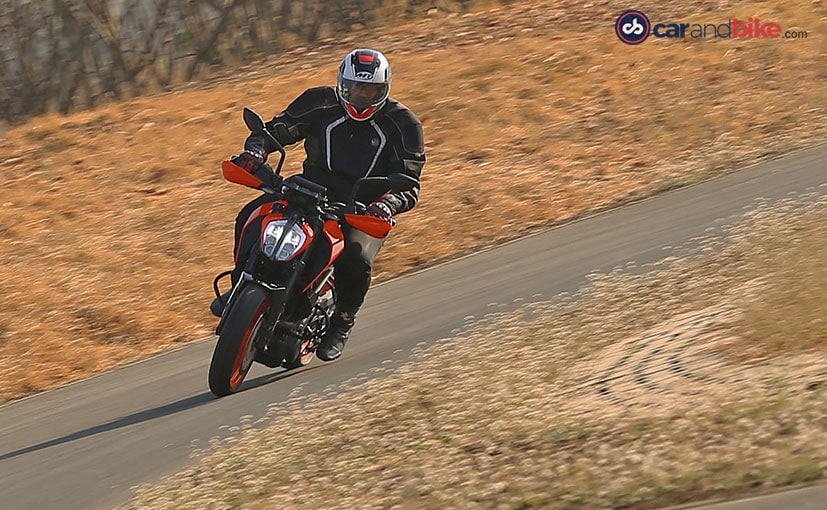 The KTM 390 Duke witnessed a complete overhaul in 2017 including a new split Trellis frame with a new sub-frame, LED headlight, TFT LCD instrument cluster and a ride-by-wire technology. The bike continues to draw power from the 373 cc liquid-cooled, single-cylinder engine that produces 44 bhp at 9000 rpm and 37 Nm of peak torque at 7000 rpm. The motor comes paired with a 6-speed gearbox. The India-made bike also received a host of subtle but important changes in 2017 including adjustable levers, revised front suspension, and improved foam for the seat.

Customers complained of a snatchy throttle on the 2013 KTM 390 Duke, which was revised to a more linear acceleration on the 2017 edition with ride-by-wire tech. KTM also increased the front disc brake size from 300 to 320 mm on the 2017 edition, adding the much needed braking performance on the motorcycle. The bike continues to use a Bosch-sourced dual-channel ABS unit.

KTM RC 200
₹ 1.97 Lakh *
View More
Subscribe to Our Newsletter
Over 1.5+ Lakhs subscribers
Thank you for Subscribing to Us