SUVs in India Under Rs 15 Lakh 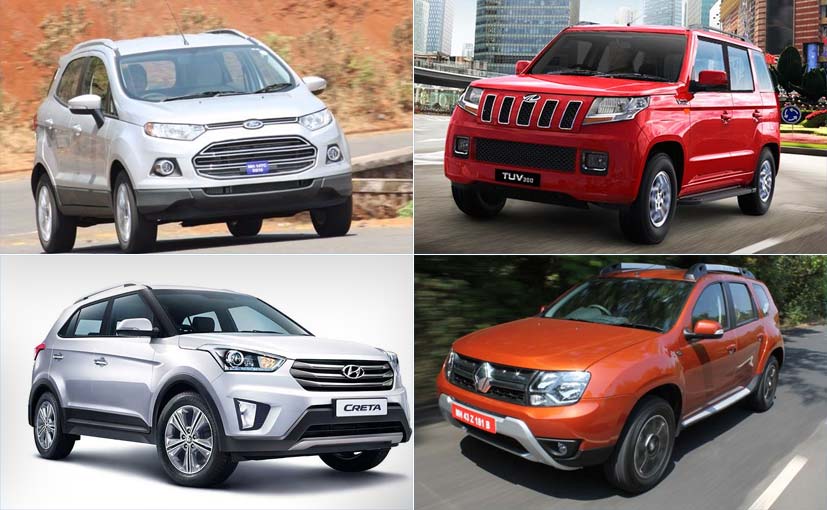 The Indian car buyer has taken a real fancy to SUVs and it shows with sales in this particular category at an all-time high. Cases in point: Hyundai Creta, Renault Duster, Ford EcoSport, etc.

And it's not too difficult to figure out why. All SUVs offer features that resonate well with the Indian consumer like spacious interiors, good ground clearance (a must on our pot-hole ridden roads), decent engine performance, and a bit of off-road ability. In addition, if these cars are available at a decent price, then you have got the perfect recipe for a hit.

Here, we take a look at the SUVs available in India under ₹ 15 lakh. While most of the cars on this list are not out-and-out off-roaders and will not be able to blast through sand dunes, over rocks, muddy terrain, etc., they are city slickers who can go off the tarmac for a bit. In case you are interested then you can always read about the Top 5 Compact SUV Launches to Watch Out for in India​ and Upcoming SUVs in India 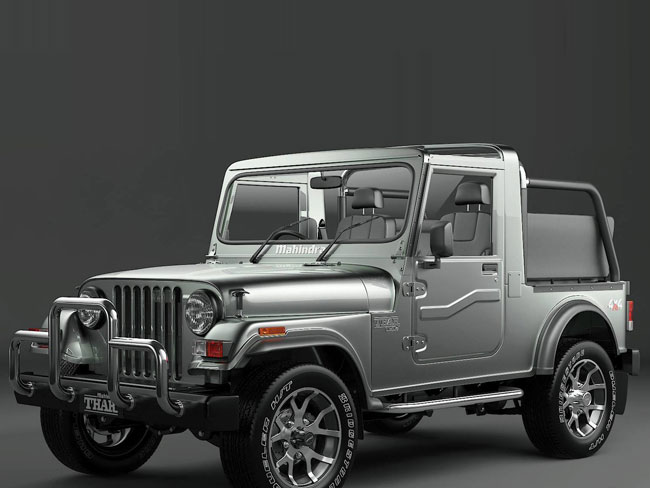 The Mahindra Thar is the most affordable SUV and also the only true off-roader in this list. The Thar comes with 2 engine options - a 2.5-litre diesel and a 2.6-litre diesel. The interior features are quite basic but the Mahindra product has a niche fan following in India thanks to its classic, rugged looks, 4WD variants, powerful engines, great off-roading ability, and affordable price. 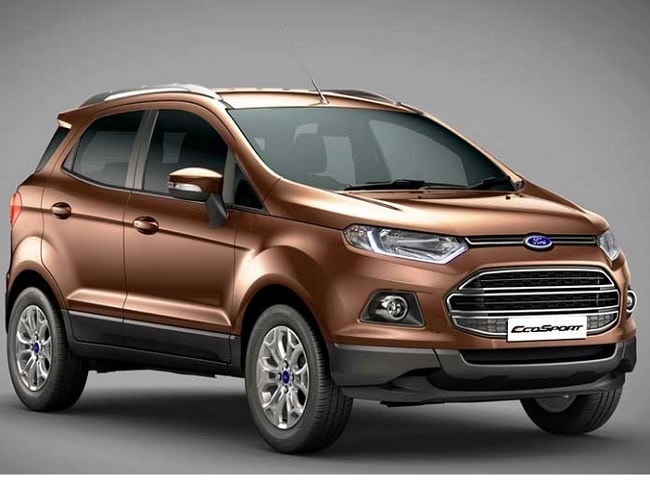 Ford's top-selling model in India was one of the first cars in the compact/sub-compact SUV segment in the country and has been a runaway hit. The Ford EcoSport has great looks, responsive engines, and lots of interior space at a great price. The SUV is offered with 3 engine options - 1.5-litre petrol, 1.5-litre diesel, and a 1.0-litre EcoBoost petrol. 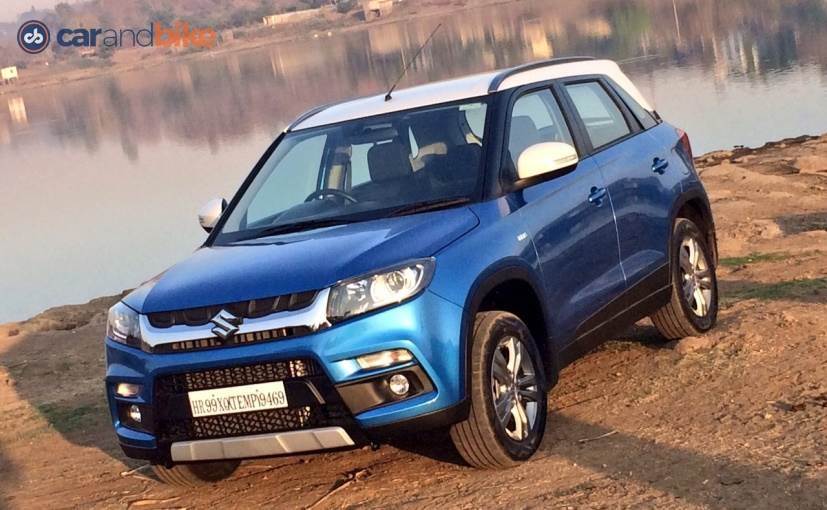 The Vitara Brezza is the latest compact SUV in the segment and is also a first from Maruti Suzuki as well. The highlights are the long list of features along with butch looks, which make it a very attractive proposition. The Vitara Brezza is powered by Maruti's tried and tested 1.3-litre Multijet diesel engine, which does duty on other models as well. The engine churns our 89bhp at 4,000rpm and gives 24kmpl to a litre of diesel. 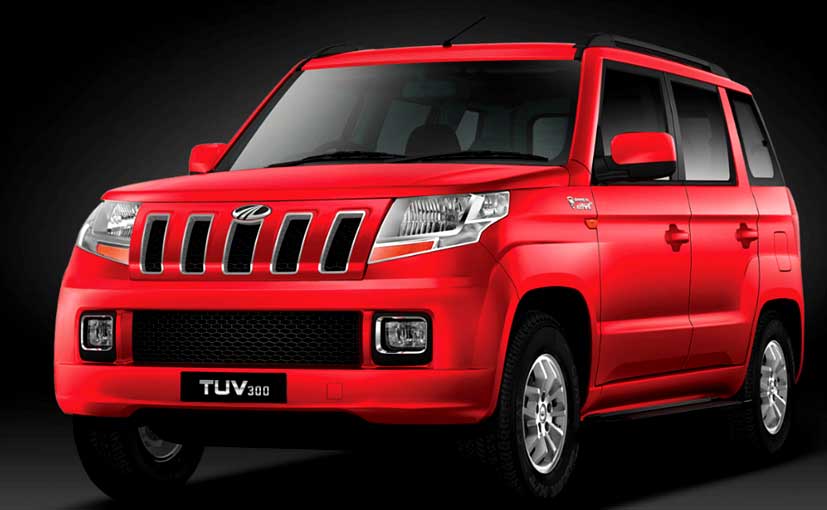 The Mahindra TUV300 sub-compact SUV has done quite well for Mahindra since its launch in September, 2015 as the car offers decent looks, great fuel economy, good interior space, and features for its price. The TUV300 is powered by a 1.5-litre diesel engine and is available in automatic transmission variants as well. 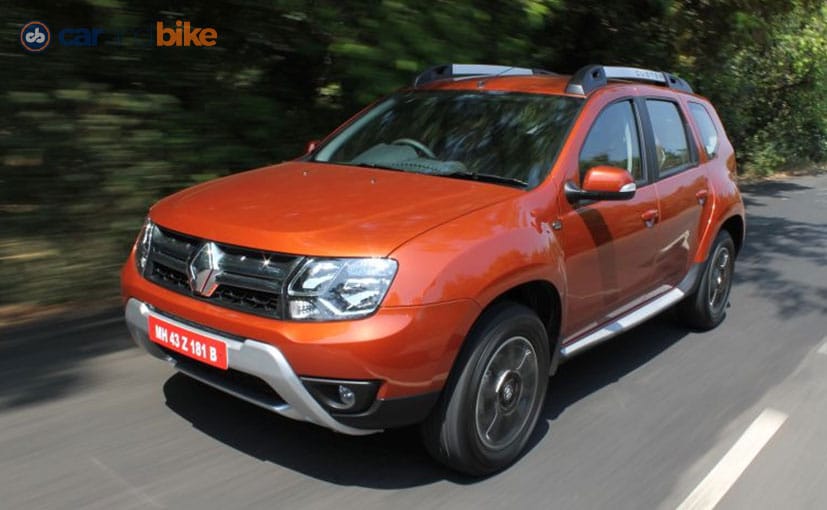 The Renault Duster is a hot-seller in India with car buyers impressed by its rugged-ish looks, good engine performance, and features, which are available at a very affordable price. The Duster comes with 3 engine options - a 1.5-litre diesel which produces 84bhp of power, the same 1.5-litre diesel in a different state of tune which puts out 108bhp, and a 1.6-litre petrol with an output of 103bhp. Renault also offers an all-wheel drive (AWD) variant of the SUV. Recently, Renault gave comprehensive updates to the Duster. The headlamps were re-styled along with the grille and the scuff plates. The interiors too received mild updates. The Duster now also gets an AMT variant, which is primarily aimed at urban users. Renault managed to sell 2,000 units of the Duster in March 2016. 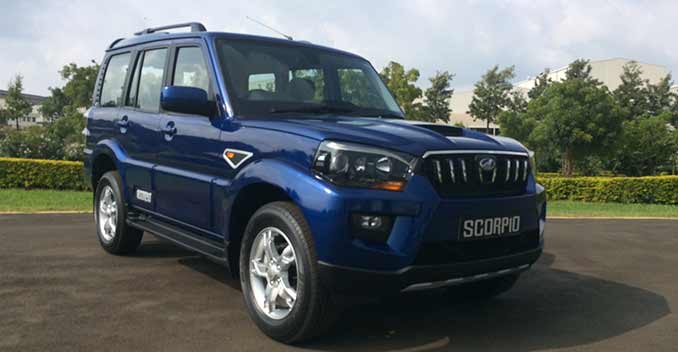 The Mahindra Scorpio has consistently been one of the top-selling SUVs in India for quite a few years. The car's ability to handle rough terrain, its spacious interiors, and its punchy 2.2-litre diesel engine have made it a hit with Indian consumers. Mahindra also offers 4WD and automatic transmission versions of the SUV.

The Hyundai Creta has been selling like hot cakes ever since its launch in July, 2015 with Hyundai ramping up its production in order to meet demand. The SUV is offered with 3 engine options - 1.6-litre petrol, 1.6-litre diesel, and 1.4-litre diesel. The car gets a host of premium in-car features and is available in an automatic transmission variant as well. The Creta finally gets an automatic variant (A six-speed torque converter unit) for its petrol engine as well. Hyundai sold 8,193 units of the Creta in March 2016, which is the highest number amongst the SUVs in this list. Recently, Hyundai also launched the automatic variant of the Creta petrol at Rs 12.86 lakh.
0 Comments 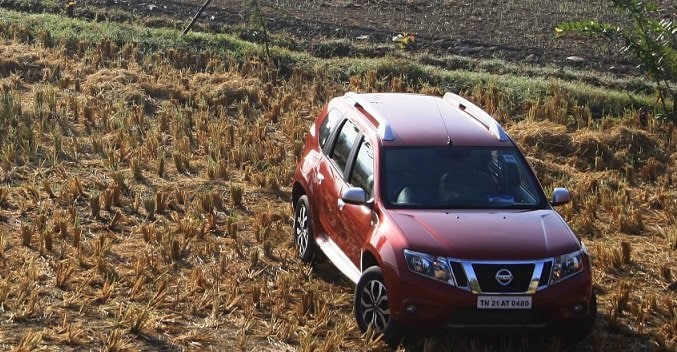 The Nissan Terrano is the Renault Duster's cousin and is available with the same 3 engine options (all with manual transmission) - the 1.5-litre diesel which produces 84bhp of power, the 108bhp-version of the same 1.5-litre diesel mill, and the 1.6-litre petrol with an output of 103bhp. The exterior and interior of the SUV looks and feels slightly more upmarket than the Duster and is priced accordingly as well. Unlike Renault, Nissan does not have a 4x4 or all-wheel drive (AWD) variant of the Terrano yet. 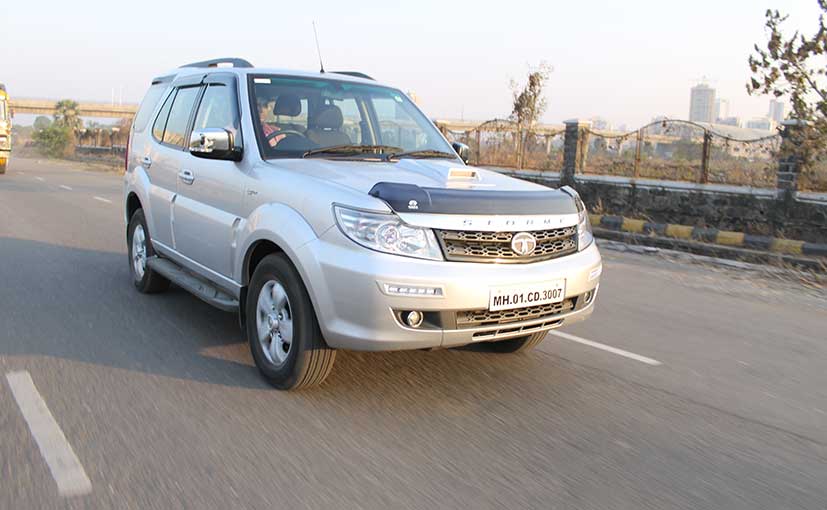 The Tata Safari Storme is a popular car in Tata Motors' line-up with its butch, aggressive looks appealing to quite a few in India. A punchy 2.2-litre diesel engine does duty on the SUV which returns decent mileage. The Safari Storme also comes in 4WD variants. 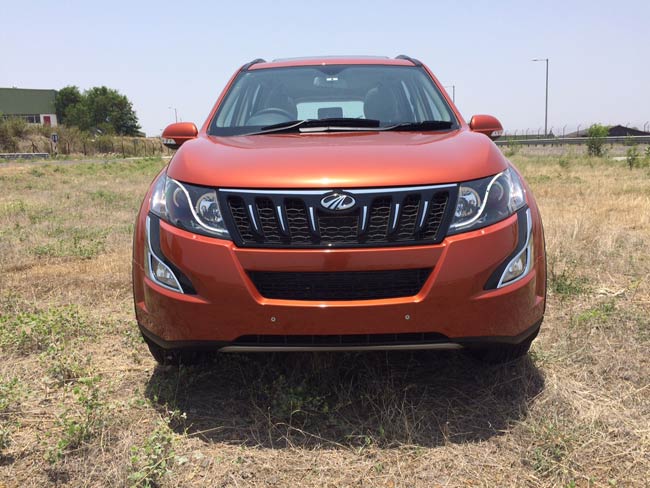 Another popular SUV from the Mahindra stable, the Mahindra XUV500 has got great looks, has oodles of space inside, and is loaded with features. The car is powered by a peppy 2.2-litre diesel motor which is not too bad in terms of fuel economy as well. The XUV500 has 4WD variants and is also available with automatic transmission.