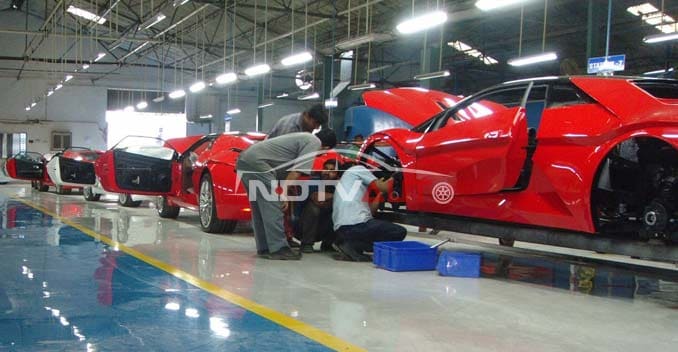 We've already taken you through what India's first sports car is all about and now we have some more details to share. The DC Avanti will be launched in mid-May and for those who wanted to see the car on Indian roads, well, they will see it next month as deliveries of phase one will be completed by then.

Developed by DC Design, the Avanti measures 4,550mm in length, 1,965mm in width, and 1,200mm in height. We've been told that the performance, suspension setup and handling capabilities of the car have been tuned to cater to Indian driving conditions. In fact, the car has undergone extreme testing and has travelled from Kashmir to the southern tip of Kanyakumari to get the relevant data. It's undergone a total of 6 lakh kilometres of testing to make it completely India-proof.

Since it's a sports car, you might think that ground clearance might be an issue and it would have a hard time crossing the speed bumps. But no, ground clearance is not an issue for the Avanti as that figure stands at 170mm, which is just 5mm less than a Toyota Corolla. In fact, there was a discussion on raising the ground clearance of the car but then it would've been classified as an SUV.

The car has undergone ARAI certification too and we've managed to lay our hands on the certificate of the Avanti. The body of the car sports several carbon-fibre components developed by the company's in-house engineers which makes it light and agile.

As you can see in the certificate the engine of the car is sourced from Renault and is a 2.0-litre, 4-cylinder turbocharged engine, mounted between the back seat and the rear wheels. The motor produces a peak power output of 180bhp @ 5500rpm. Power is transmitted to the rear wheels via a 6-speed manual transmission.

We will share more details about the car soon.