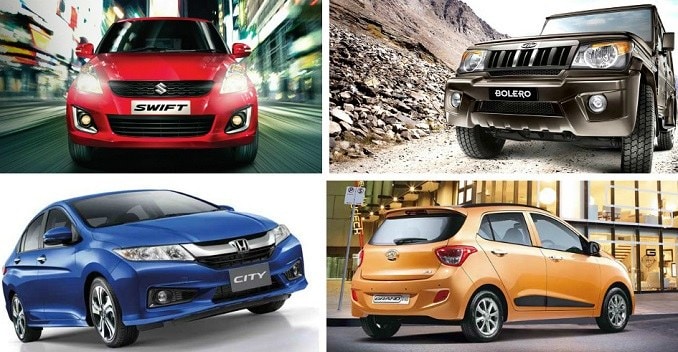 The first month of 2015 started on a positive note with the automobile industry observing about 3.14 per cent increase in domestic passenger car sales. Carmakers managed to sell 1,69,300 units in January, 2015 as compared to the 1,64,149 units sold in the corresponding month last year. Though the growth is not huge, it's a good sign for the industry since all the carmakers had to increase their car prices in January due to increased excise duty.

a. Among the top 10 selling cars for the month, 4 are from Maruti Suzuki India, 3 from Hyundai, 2 from Honda and 1 from Mahindra.

c. Despite rising competition in their respective segments, Maruti Swift and Maruti Swift Dzire continue to be top-selling cars in their space.

f. The City and Amaze continue to rake in good numbers for the Japanese carmaker, which allowed Honda to register an impressive 17 per cent growth in domestic sales.

g. Mahindra's top-selling product, the Bolero, once again retained its position in the top-10 selling cars in India.