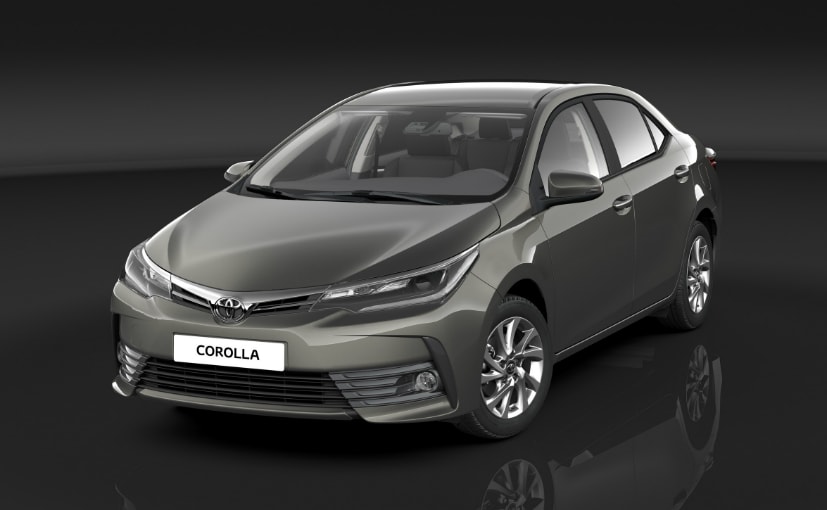 The Toyota Corolla Altis in its current avatar has been one of the best selling cars in it segment since its launch a few years ago. That said, with the likes of the Skoda Octavia and recently the Hyundai Elantra taking over a large chunk of the midsize sedan market, the Corolla Altis has long been in desperate need of a mid-life facelift. And now Toyota dealers across India have confirmed that the updated and facelifted version of the popular sedan went on sale in India on March 15.

Updates to the new car are mainly cosmetic with some added features. The new Altis features a redesigned set of bumpers and a new grille with the usual dose of chrome that Toyota likes to offer its customers. The new Corolla will also have LED headlights for its higher spec vehicles with LED daytime running lights. The updated car also gets more chrome on the bootlid that integrates well with the new LED tail lamps with a new lighting pattern. On the interior, the new Corolla Altis facelift will get a large 7-inch touchscreen infotainment setup which will have an updated user interface.

The launch of the facelifted Corolla Altis is expected to be sombre affair with only a price announcement scheduled for March 15. Dealerships around the country have confirmed that cars will be available in their showrooms on the same day with new prices expected to be higher than the current ones.

Volkswagen Vento
₹ 8.97 - 13.3 Lakh *
View More
Subscribe to Our Newsletter
Over 1.5+ Lakhs subscribers
Thank you for Subscribing to Us
x