Toyota will record $180 million in after-tax charges against earnings in the fiscal year ending March 31, 2021, for costs relating to the agreement. 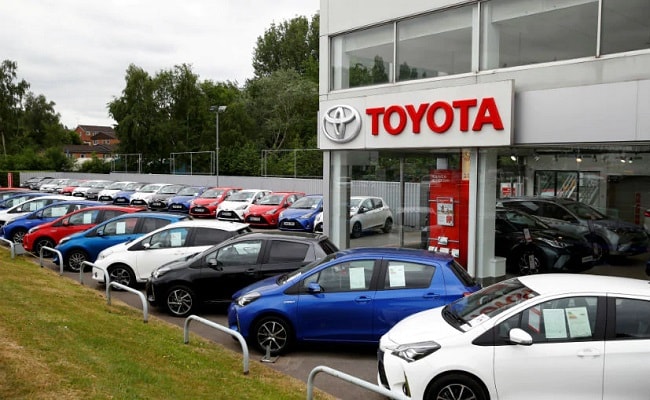 Toyota Motor Corp settled a lengthy Justice Department civil probe into its delayed filing of emissions-related defect reports for $180 million, the government said on Thursday. Reuters first reported the expected settlement, which resolves the violations of the Clean Air Act. Toyota first disclosed in 2016 it was under investigation for the delayed reports to the Environmental Protection Agency (EPA). The Justice Department had not previously confirmed the investigation until Thursday's announcement by the U.S. Attorney's Office in Manhattan that the government had filed a civil lawsuit against the Japanese automaker. It simultaneously announced the settlement, which includes a consent decree that requires semi-annual compliance reports.

Toyota will record $180 million in after-tax charges against earnings in the fiscal year ending March 31, 2021, for costs relating to the agreement.

She added that "Toyota's actions undermined EPA's self-disclosure system and likely led to delayed or avoided emission-related recalls, resulting in financial benefit to Toyota and excess emissions of air pollutants."

Toyota said in a statement the company nearly five years ago "identified and self-reported a process gap that resulted in a delay in the filing of certain non-public EPA reports for emissions-related defects in vehicles."

The automaker added that "while this reporting delay resulted in a negligible emissions impact, if any, we recognize that some of our reporting protocols fell short of our own high standards, and we are pleased to have resolved this matter."

Over a 10-year period ending in 2015, Toyota "routinely filed emission defect reports to EPA materially late and, in many cases, failed to file such reports at all until a self-disclosure of non-compliance" in 2015, the Justice Department said in a court filing.

The $180 million fine is the largest civil penalty for violation of EPA's emission-reporting requirements.

"Toyota failed to report mandatory information about potential defects in their cars to the EPA, keeping the agency in the dark and evading oversight. EPA considers this failure to be a serious violation of the Clean Air Act," said EPA Assistant Administrator Susan Bodine.

In recent years, the Justice Department has brought penalties in a number of auto emissions investigations, but unlike others including Volkswagen AG, Daimler AG and Fiat Chrysler Automobiles NV, the Toyota case has no allegations of emissions cheating.