We spend some time with the 2018 Honda CBR650F, the most affordable full-faired, in-line four sportbike available on sale in India. 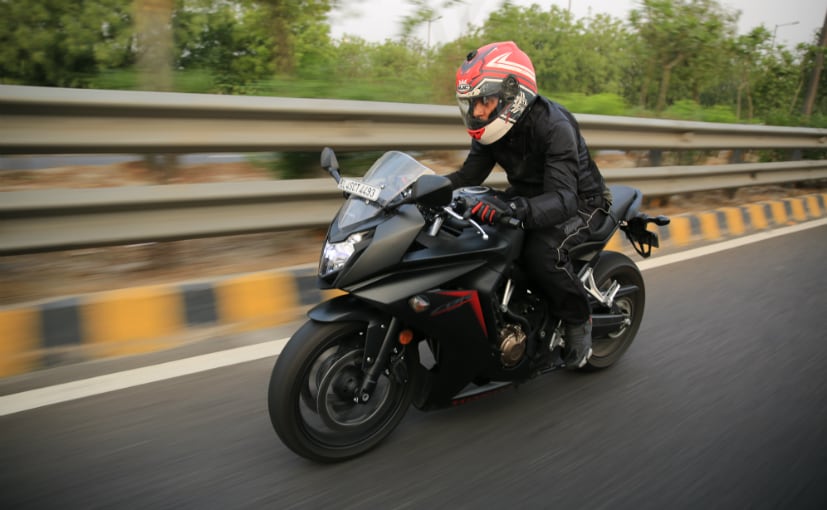 On paper, the Honda CBR650F does sound like the perfect "first" sportbike - full-faired 'near superbike' design, a performance-packed, liquid-cooled, in-line four cylinder engine, and near bullet-proof Japanese reliability. First launched in 2015, the CBR650F was a decent selling 'big bike' from Honda Motorcycle and Scooter India (HMSI), but it couldn't quite make waves in the market, with stiff competition from a crop of high-octane performance nakeds like the Triumph Street Triple, as well as the Kawasaki Z800. For 2018, the Honda CBR650F makes a comeback in its Euro4 version, and boasts of being the most affordable, full-faired, in-line four available in the market today. The 2018 Honda CBR650F gets mildly updated design and new colours

For riders who have cut their teeth on smaller motorcycles like Bajaj Pulsars and KTMs, this Honda makes a very strong case for itself as the near-perfect upgrade to a first multi-cylinder, full-faired sportbike. But does it pack the goods to differentiate it from the crop of 'very good' sub-10 lakh performance bikes in the market to make it a 'great' bike? We spend some time with the new 2018 Honda CBR650F and seek some answers. 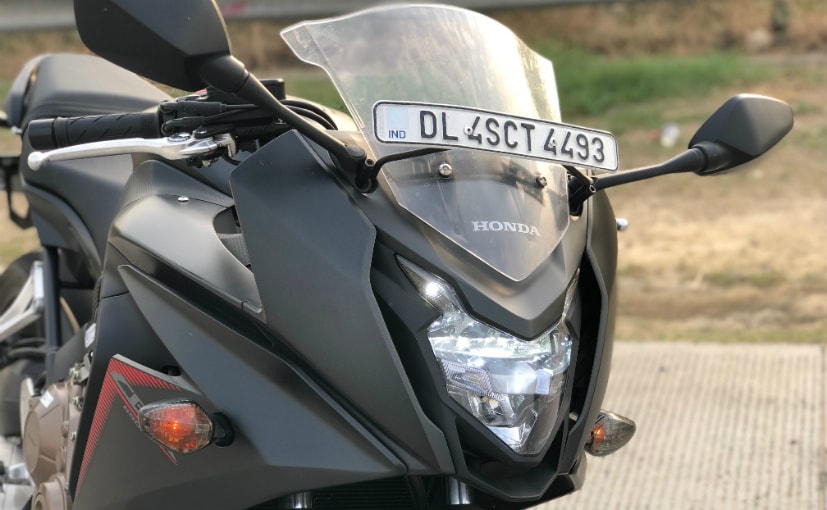 The most visible design change is the all-new LED headlight

The 2018 Honda CBR650F doesn't look radically different from the outgoing model. The fairing has been mildly reworked and the CBR650F gets new graphics, and is available in two new colours, called Millenium Red and Matte Gunpowder Metallic Black (the colour of our test bike). The biggest noticeable change is the all-new LED headlamp, LED taillamp and bronze-coloured engine crankcases. The instrument panel is the same dual digital clock arrangement as the previous model; we wish it was updated with a new panel, and the addition of a gear position indicator. 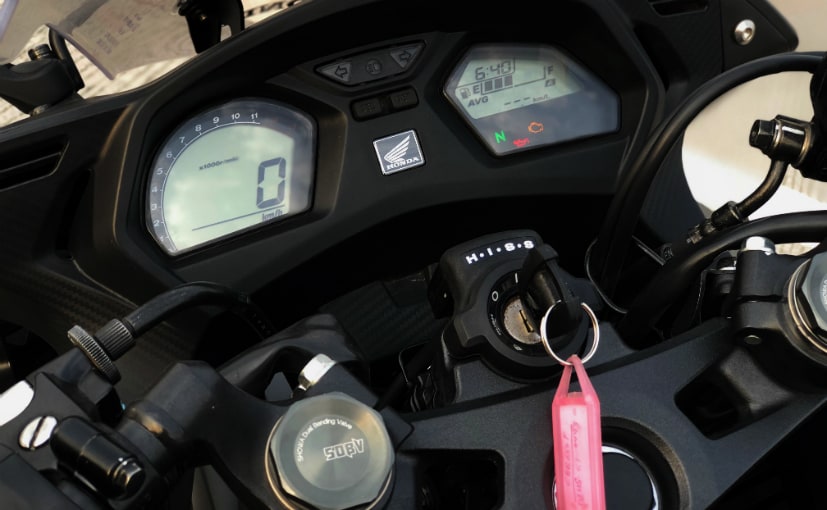 The CBR650F still gets the dual-digital clocks, but a gear position indicator is missed

Overall, the Honda CBR650F may not be breathtakingly beautiful, but it ticks all the right boxes in terms of build quality and well-proportionate looks. It's understated, yes, but the new colour schemes and the LED headlight add fresh appeal to the CBR650F. 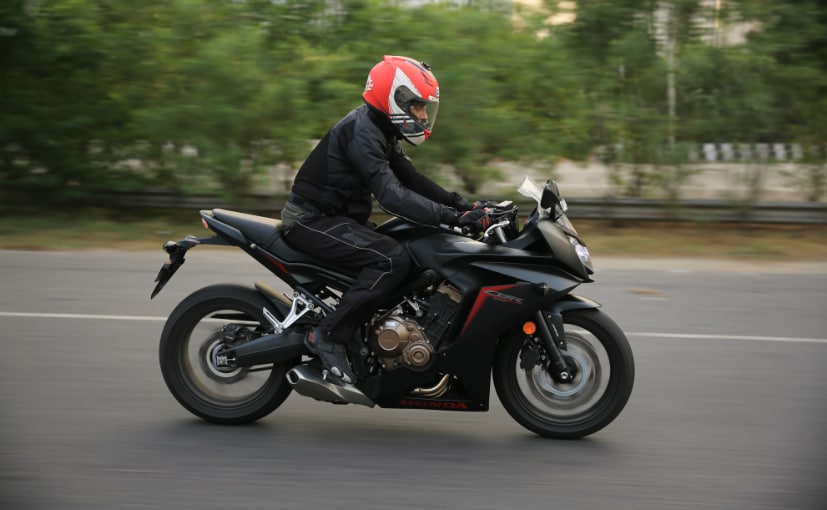 The 2018 Honda CBR650F carries forward the same 649 cc, in-line four cylinder engine, and with the tune-ups to meet the latest emission regulations, power and torque have marginally decreased over the outgoing model, now putting out over 85 bhp at 11,000 rpm and 60.5 Nm of peak torque at 8,500 rpm. It still feels familiar as the outgoing model, but what is immediately apparent is the improvement in the sound, thanks to the new intake and exhaust flow management. The air intake funnels are shorter and four-into-one exhaust now employs a dual-pass internal structure as well as a larger final exit aperture. And the difference is noticeable, not just in the sound, but the mid-range feels stronger and punchier than before. 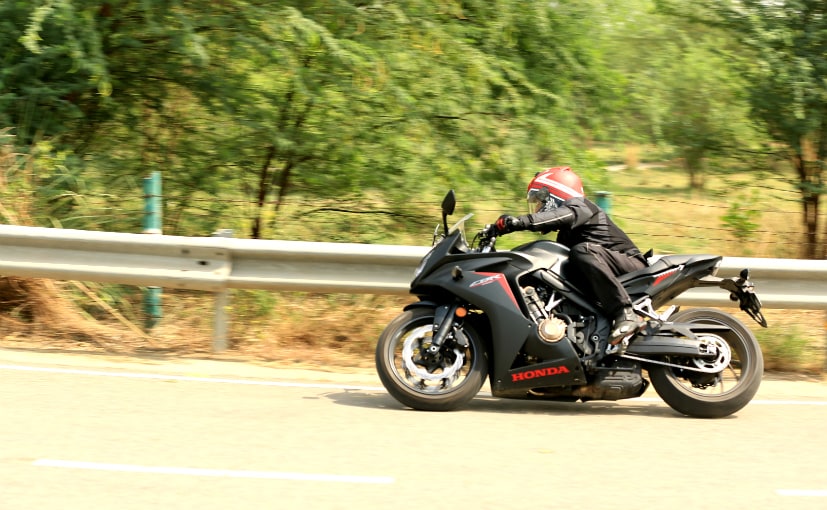 The CBR650F offers a smooth and gentle power delivery, much like my friend in school who consistently topped the class, and was the quiet, impeccably behaved kind of guy, the darling of all the teachers. Sixth gear pulls cleanly from below 40 kmph, and 2,000 revs, so in the city, the bike feels and behaves in gentlemanly fashion, opening doors for others to go first, never raising its voice, quite like my soft-spoken, and mild-mannered colleague, Kingshuk. But make no mistake, that in-line four has enough performance to hit the double ton in no time, and if you're the racetrack junkie, it can easily do more than 220 kmph, if you're so inclined to post GoPro footage on your social handles of how much you scored in, Maths, er, on the backstraight of your nearest racetrack with the CBR650F. 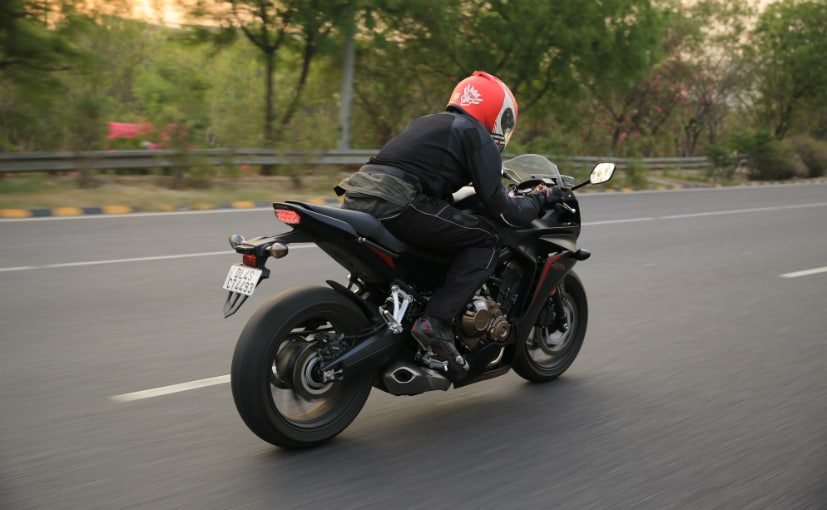 That said, where the CBR650F really shines is out on the highway. The comfortable ergonomics and superb ride quality and stability make it an excellent mile-muncher, and it returns consistently good fuel economy, if you're not overtly enthusiastic with the use of the throttle hand. Gentle use returned over 19 kmpl in our test runs, and even with spirited riding, the CBR650F's fuel consumption never fell below 17 kmpl. On the flipside, the engine may be smooth at low revs, but the mid-range (which you'll be using mostly), does feel ever so slightly buzzy, which magically seems to disappear when you hit the powerband, which kicks in quite high, north of 7,000 revs. The engine is free-revving and will happily rev to 11,000 through the gears, before the rev limiter kicks in. And that's when the in-line four whine sounds like the way it should. One moment, it's all gentlemanly, and the next it turns into a full-fledged super sprinter! 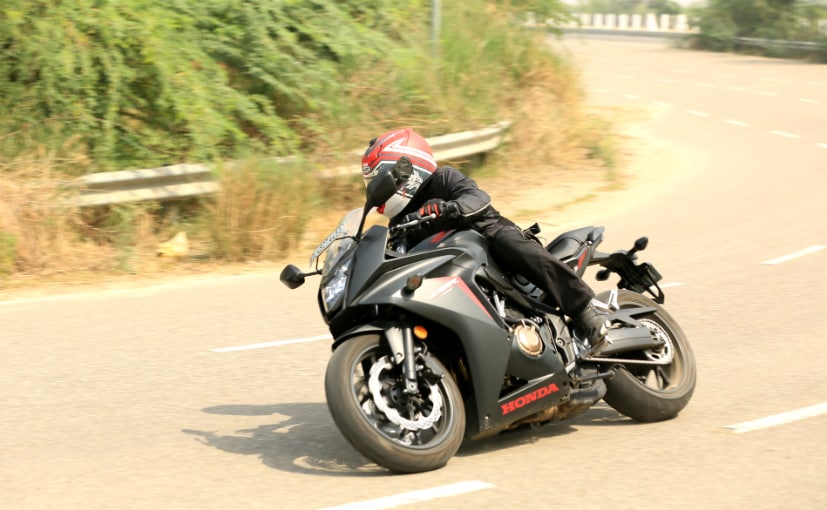 The 2018 Honda CBR650F also gets a new front fork. The 41 mm, Showa Dual Bending Valve fork provides supple performance, and damping across all kinds of road conditions we threw at the CBR650F. Handling is neutral, and the bike offers a level of stability, even when leaned over, that will be welcomed and appreciated by newer riders. For the more adventurous kind, the engine isn't frantic, and neither is the handling overtly sporty or dramatic, but that isn't a bad thing, and you feel safe and always in control, no matter the conditions or the curve you throw at the CBR650F. 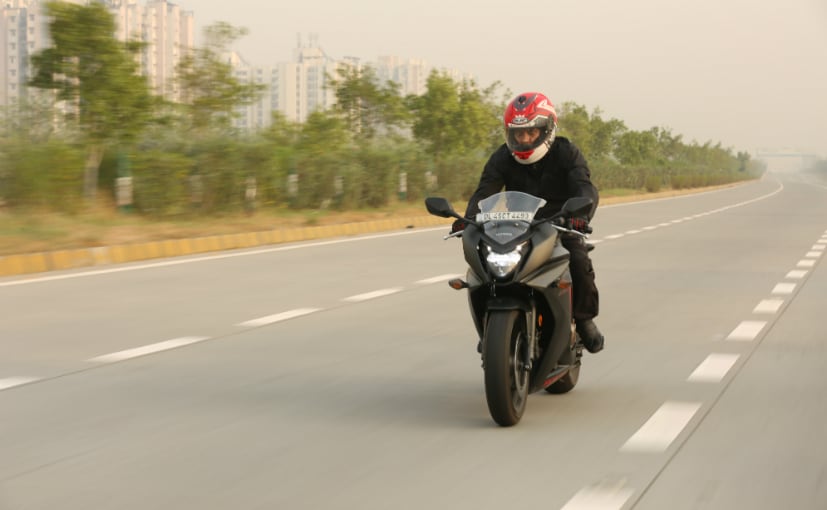 The 2018 Honda CBR650F absolutely shines as a highway companion

For someone upgrading to their first sportbike, the 2018 Honda CBR650F definitely is a very good option. It's street friendly, has comfortable ergonomics and is absolutely brilliant on the highway. With all its updates, Honda has kept the price the same as the outgoing model, and the new CBR650F retails at ₹ 7.3 lakh (ex-showroom Delhi). But that is also the price range where the CBR650F comes up in comparison with two wildly entertaining performance nakeds, the Suzuki GSX-S750 and the Kawasaki Z900, both of which offer spades in performance. But what the Honda's trump card is, its easygoing and unintimidating nature, and more importantly, its pocket friendly maintenance costs.