The latest from the house of Mercedes-Benz is the latest iteration of its best-selling sedan, that has in the past seemed almost humble in comparison to most its portfolio-mates. And now for the first time in many years, it is looking like it can be a flag-bearer for the brand. That's the W20, or as the world knows it - the new Mercedes-Benz C-Class.

Yes the new C is bigger, brighter and sexier. And yet it is lighter, more agile and cooler too! And it kind of has to be right? The general understanding amongst the German three is that they will stagger their new generation launches in the same segment. So while Mercedes-Benz has been first out of the gate with the C - it also means its the one that starts to look the most dated - that much quicker. And yet it must have relevance to carry out its 6 or 7 year run, in a successful manner. 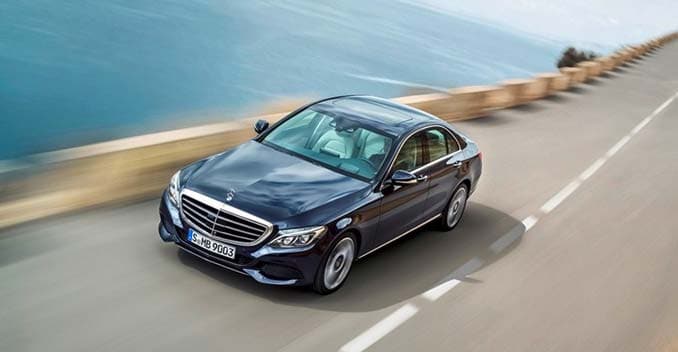 I drove the new 5th generation car in the south of France, on the outskirts of Marseilles, along the famous Routes Des Cretes - a gorgeously scenic, twisty drive up into the rugged mountains of Provence. Interestingly the global press drive offered us 7 engine options on 43 test cars! That is way more than what we are used to I'll tell you that. But I chose wisely. I had the chance to test two variants - the first was the C220 Bluetec. The most fuel and environmentally efficient diesel on the range, the 220 also turned out to be the right variant to help create a solid first impression. Why you ask? It is not overly powerful, nor excessively specced out! The C220 Bluetec in its Avante Garde trim is indeed just right. Now even though we wont get the Bluetec version in India, we will see the C220 CDI play the role of the volume driver of this car in India.

Now since it's the car being called the 'Baby S' for its heavy borrowing of both styling and luxury cues from the latest S-Class, let me start with a word about the looks. It certainly looks the offspring of the S doesn't it? Similar roofline, boot-lid, rear, and the almost aggressively ostentatious face. Most of those elements worked for the S-Class de to its enormous size. But given how we have got used to seeing aggressive styling from Mercedes-Benz even in the smaller cars (the A-Class started it all anyway remember?), the styling on the C-Class works. The Avante Garde trim grille with its huge three-pointed star also works for me, since it adds a sporty yet classical character to the car. The massively exaggerated crease in the metal along the sides, only helps to enhance that character.

The head and tail lamps are right in the blockhole when it comes to the new design language and signature design elements from the boys in Stuttgart - and once again very akin to the S-Class. Totally love the almost organic feel to the design of the daytime running and chrome elements inside the headlamp cluster!

The car is bigger but is lighter as I mentioned, by as much as 100 kgs compared to the outgoing W204! That's thanks to a 39% increase in the use of aluminium in the car's structure and body panels. And that does make the car a lot stiffer. That's is something I picked up on right away as soon as my drive began. 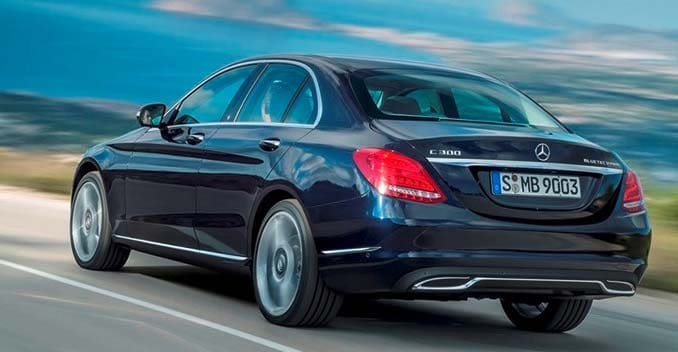 The engine family on the C-Class doesn't have a completely new range, so it is primarily an updated line-up. But they've been tweaked, and are better on performance, efficiency and response. In India we have to wait and see just what engine options list makes it, but as I have been telling you, the 220 CDI is a given. The seven-speed gear box has definitely had some work done. It was always a good unit, but it seems a little bit more responsive now. The gear changes are a lot smoother and I was having a lot more fun with the paddle shift than I usually do on a sedan - especially a Mercedes!

We do know there will be an AMG version of the car too, but for now let me not dream that much. I did have the chance to drive a powerful petrol variant though, but we shall come to that. The good news for me was that the 220 wasn't compelling me to look for a switch, as it was keeping me engaged and entertained. The improved handling and overall stiffness helped that cause! As I said it doesn't take long to figure out that the car handles so much better than before. Now the C class has never one that's known for its absolutely sporty character. That's something its always had to give to the BMW 3 series, right? Well in my view this is the first C to really come close. Its lighter, lither, but I do have to emphasize that it is still no 3er!

But it is heartening to see that bringing a sportier and more dynamic driving character to the fore, has been intentional from Mercedes-Benz. The new C-Class seems to want to take on the road more readily. Now while the improved ride and handling makes for a more fun driving dynamic, in India remember the customers are very happy to step into the rear of the vehicle. And that's the other good news! The suspension at the rear doesn't feel too hard, and yet doesn't feel softened up either! Now I will have to wait and see what the company does with the car that comes to India, as it may well be tuned a bit differently than the car I had with me in France.

The optional airmatic suspension though is something I hope sincerely that Mercedes-Benz does offer in India. A segment first, the system uses adaptive dampers to make handling crisper, and yet offers a more cushioned ride. I would pay extra for it! The car has different 'agility modes' as Mercedes-Benz likes to call it, so you can go from Comfort to Sport to Sport+ or drive sensibly in Eco mode too! Of course the car's driving dynamics and behaviour change to suit the mode. 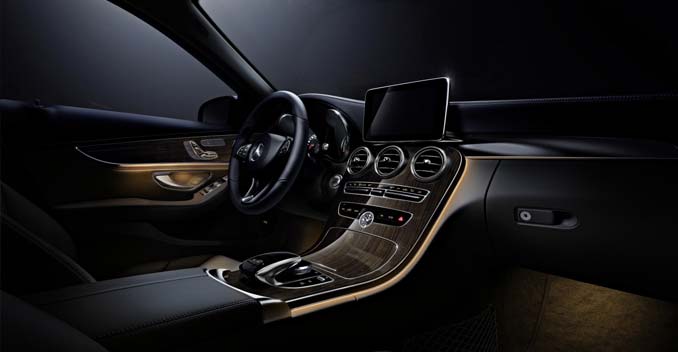 The car is wider and has a longer wheelbase than its predecessor, which helps make the cabin more spacious. On the inside you certainly get a sense of the 'Baby S' tag, perhaps more than the outside, because of a superior material quality and design layout. The sense of luxury that you get is more heightened. The use of piano black, few metal elements and almost a hark back to a slight antique feel to all the knobs and switches is all very nicely done. It may not appeal to everyone, but then you've got BMWs for people who have a slightly sportier sensibility! I'm not a fan of the floating infotainment screen though as it still looks like an afterthought and doesn't meld into the dash very well. But the Comand system is a lot improved and intuitive than before. What you also get is a touch-pad to dial numbers or write out instructions for the navigation system, etc. In the back you have AC vents, and better sense of space than in the W204. The seat is comfy, but any comparisons to the S-Class end here!

As I mentioned I also drove the massively powerful C 400 4Matic. The 3 litre V6 engine on this car punches 333 horses. It also has all-wheel drive for a greater sense of control and stability when driving - especially at higher speeds. Unlike the C 220 the 400 I got was dressed in the AMG trim. That means matte and chrome two-tone grille, and sportier bumpers amongst other things. There is a top-of-the-line Exclusive trim with a classic chrome front grille, where by the way the louvers shut to attain better aerodynamics. Now that's really over-the-top isn't it?!

The C-Class is expected to arrive in its 5th gen avatar in to India only January 2015 at the earliest. Mercedes-Benz India has its hands full in the meanwhile as we will first get the CLA45 AMG and the GLA compact SUV. In my view the C-Class isn't still the best drivers' car - the BMW 3 Series has still got that covered. But in terms of style, space, luxury and comfort, the new C-Class is compelling and pushes the envelope far. The soon-to-be-launched Jaguar XE will be the car to watch. And it is the new C-Class that it will have to beat - not just in India but all over the world. And having spent ample time with the C - I can tell you that is going to be a tough ask.