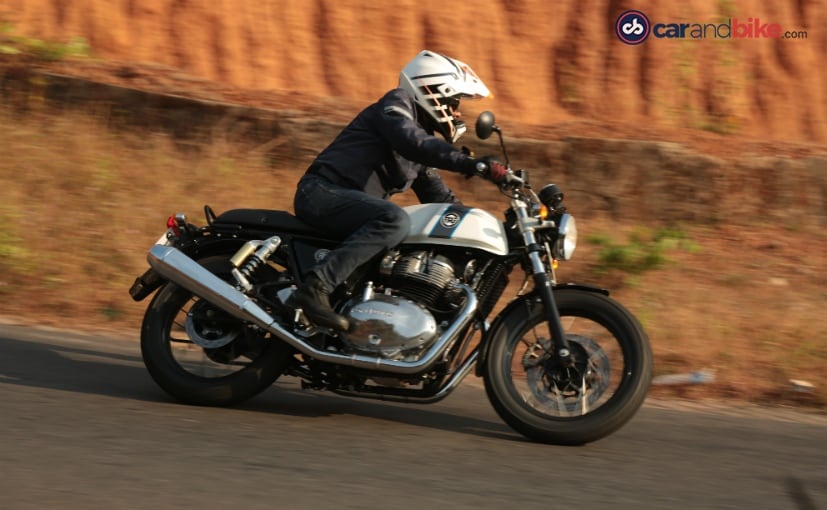 The Royal Enfield Continental GT 650 is the cafe racer version of the new Royal Enfield 650 Twins. While the RE Interceptor 650 is priced at ₹ 2.5 lakh (ex-showroom), the RE Continental GT 650 is priced marginally higher, at ₹ 2.65 lakh (ex-showroom). And like the Interceptor 650, the Continental GT 650 also comes in three variants - standard, Custom ( ₹ 2.7 lakh), and Chrome ( ₹ 2.85 lakh). And we spent some time riding from south Goa, through some twisty roads, through rush hour traffic and down a relatively fast highway into Vagator in north Goa, just in time for the RE 650 Twins launch event. 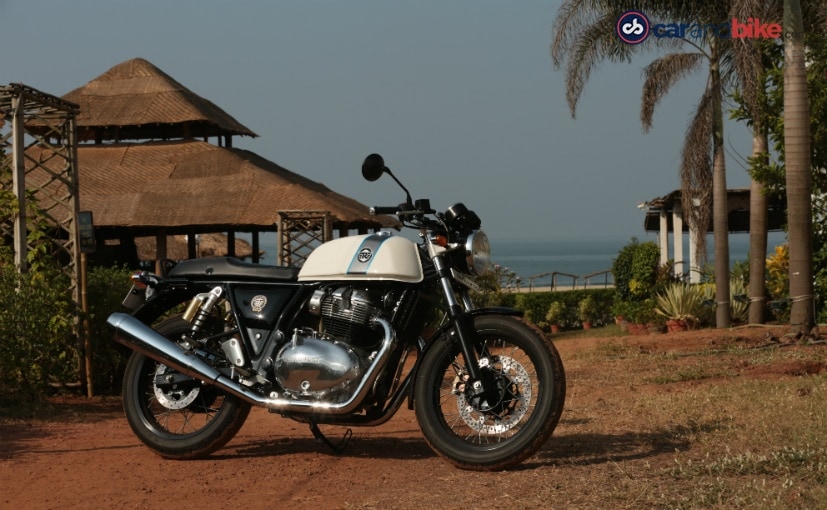 The Royal Enfield Continental GT 650 has a more committed riding position, although the engine, chassis and cycle parts are same as the Interceptor 650

So, let's get down to the basic differences between the Interceptor 650, and the Continental GT 650. While the Interceptor 650 is a more laid-back, modern classic with relaxed ergonomics, the Continental GT 650 takes its design inspiration from the 1960s factory cafe racer that Royal Enfield had introduced - the Continental GT 250. Before that, cafe racers in '60s Britain were essentially stripped down, bareback jobs of production models which were used by the riders to zip between one cafe hangout to another. Minimalistic bodywork, low-mounted clip-on handlebars and engines tuned for performance with free-flow air filters and the like. The idea was to have a fast machine which made as much a style statement as boasting of having street cred as a lightweight and fast machine. 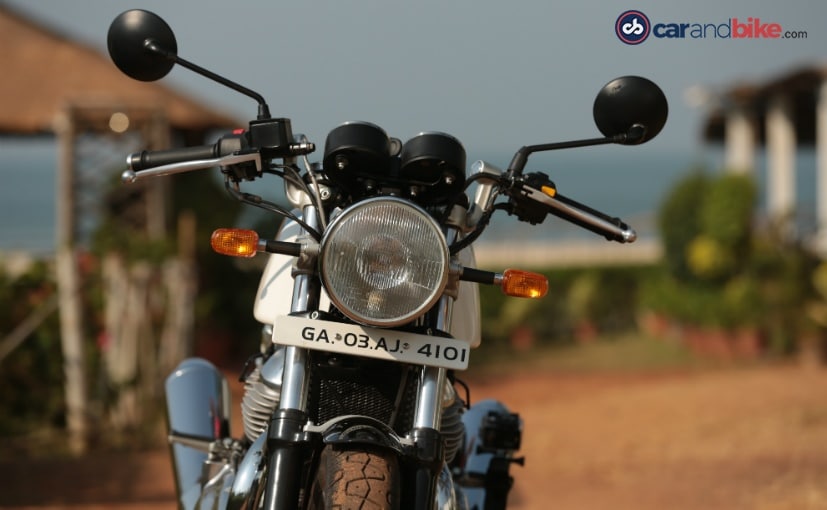 The RE Continental GT 650 looks similar to the now-discontinued Royal Enfield Continental GT 535, but it definitely stands out as being bigger, and slightly more muscular. The Continental GT 650 also gets clip-on handlebars, so you sit on the bike crouched low over the fuel tank. The fuel tank design is different, and the footpegs have been moved slightly towards the rear to give a 'sportier' riding position. And the rear suspension has been set up two notches stiffer on the pre-load than the Interceptor 650. The idea is to have the same engine, chassis and feature-rich model, yet give it a slightly different personality. 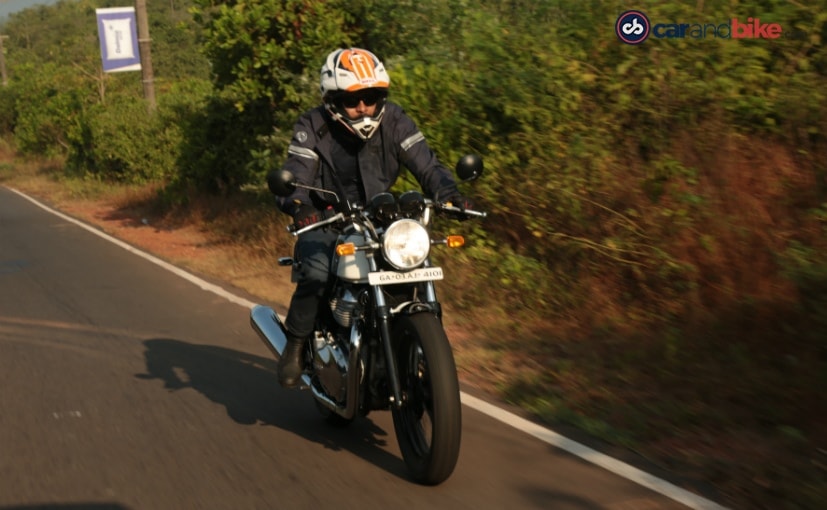 Performance is smooth and refined, and you can hit upwards of a speedo-indicated 170 kmph as we found out during our first ride in California

The Continental GT 650 shares the same 648 cc, counterbalanced parallel-twin engine with the Interceptor 650. The state of tune is the same, and there is no difference in the output as well - 47 bhp at 7250 rpm, and 52 Nm of peak torque at 5250 rpm. The six speed gearbox is the same slick-shifting unit, and the cycle parts are identical as well. A single piece forged counterbalanced crankshaft with a 270-degree firing order results in a nice burbling exhaust note which only gets better with the throttle opened further and as the revs climb. And it's a vibration-free engine, if you're thinking "Royal Enfield and smooth engine?". Yes, the engine is actually very smooth and there's no sense of any vibration, even at the 7500 rpm redline! Yes, this Royal Enfield is a refined and smooth engine and you will be hit with surprise how this could be so! 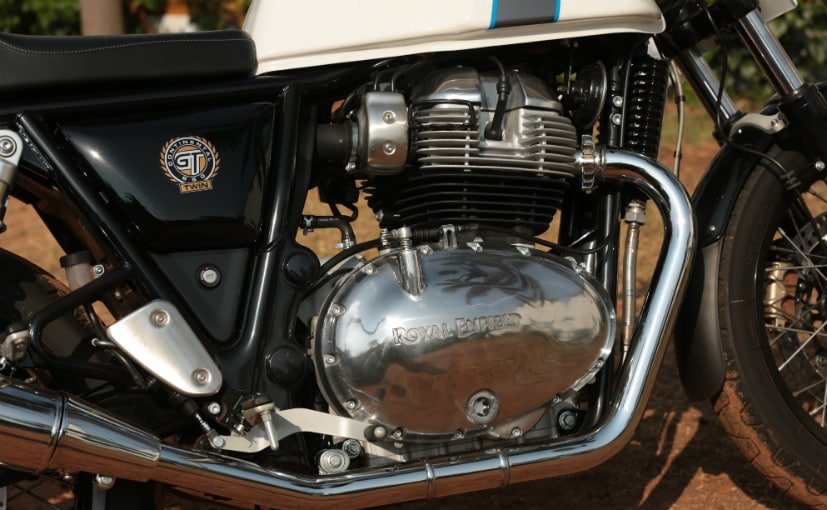 The 648 cc, air-cooled parallel-twin engine is counterbalanced, and offers smooth and linear performance

The engine is the result of more than four years of testing, development, re-engineering and several hundred thousand kilometres of mileage testing, so Roya Enfield says. And the performance immediately floors you. The torque comes in low and strong, so at any gear, at any speed, just a twist of the throttle is more than enough to pick up the pace. The throttle response is very friendly, fuelling is spot-on, so there's no on-off jerkiness, which you can experience even in bigger displacement parallel-twin engines. 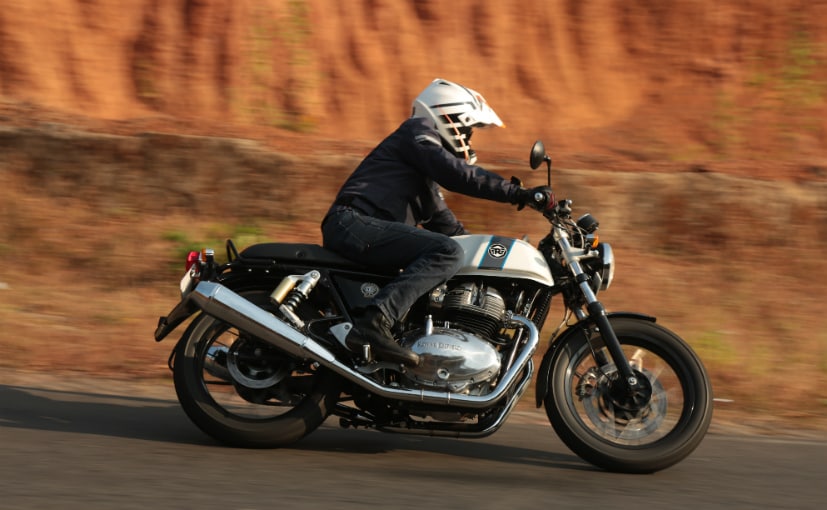 The Continental GT 650 has a more committed riding position, and handles beautifully. Ride quality tackles most surfaces with satisfaction.

The RE Continental GT 650 has a slightly firmer ride than the Interceptor 650 with the pre-load on the shocks dialled up by two notches. Our test ride was in the second half of the day, after we switched bikes, and immediately it feels firmer and the tyres also feel tauter; possibly the mid-day heat contributing to slightly higher air pressure. The suspension still isn't back breaking, and like the Interceptor 650, the Continental GT 650 also sailed through everything we threw at it - potholes, broken tarmac, speedbreakers which we blatantly disregarded. And there's no sense of the suspension bottoming out, or crashing with uncomfortable jolts. Yes, it's firmer than the Interceptor 650's settings, but not really back-breaking. 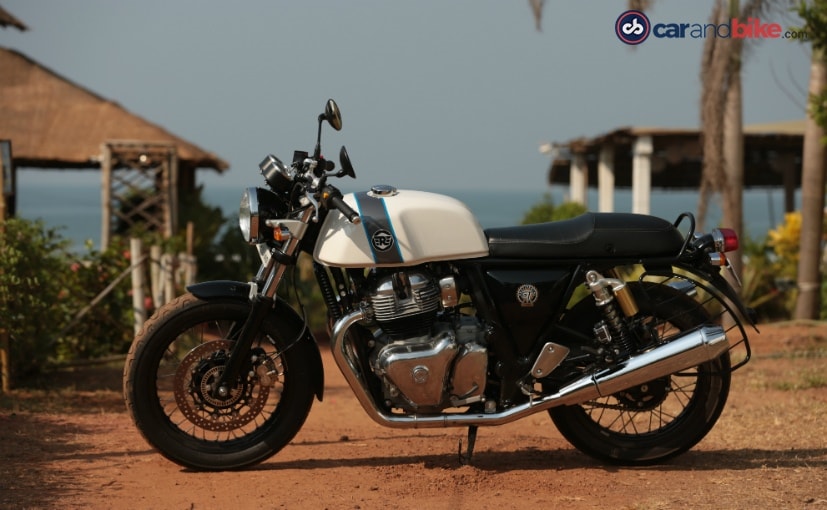 The Continental GT 650 inspires confidence around a twisty road. The party piece though is the parallel-twin engine.

The rear-set footpegs, and the clip-on handlebars make for a sporty riding position and it dips in and out of corners with ease. Most riders will appreciate the neutral and quite likeable handling and ride quality. Of course, it's not an out-and-out sportbike, so it's unrealistic to compare, or expect sportbike precision. But in the end, it's just a fun bike to ride, around corners, and along a fast open highway. The Continental GT 650 tips the scales at 198 kg (without fuel), so it's about 4 kg lighter than the Interceptor 650, thanks to weight savings in the centre stand (which the Conti GT 650 doesn't have) and the steering triple clamp. Overall, it's a thoroughly enjoyable bike and for short blasts around town, it can make every ride a very enjoyable one. And standard dual-channel ABS ensures you can shed speeds in a jiffy without a care in the world of the wheels locking up, or the bike careening out of control. 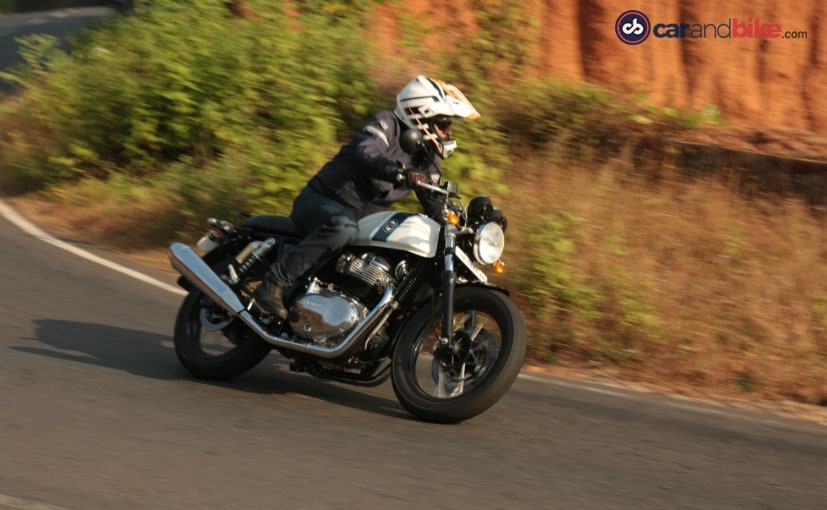 The Royal Enfield Continental GT 650 is a fun bike, if cafe racer styling is what you're looking for. If you were to choose one bike between the two, one bike that will do everything from commuting, weekend rides and the occasional long ride, I'd probably pick the Interceptor 650 for its laid back ergonomics and more comfortable riding position. But if you're looking to make a statement with your ride, and a classic cafe racer is all you need, the Continental GT 650 offers everything you need, at a very delectable price point. In India, it may not sell as much as the Interceptor 650, but I see a lot of riders warming up towards the Continental GT 650, as a second bike, or a bike to be used on the weekend, or for blasts around town. 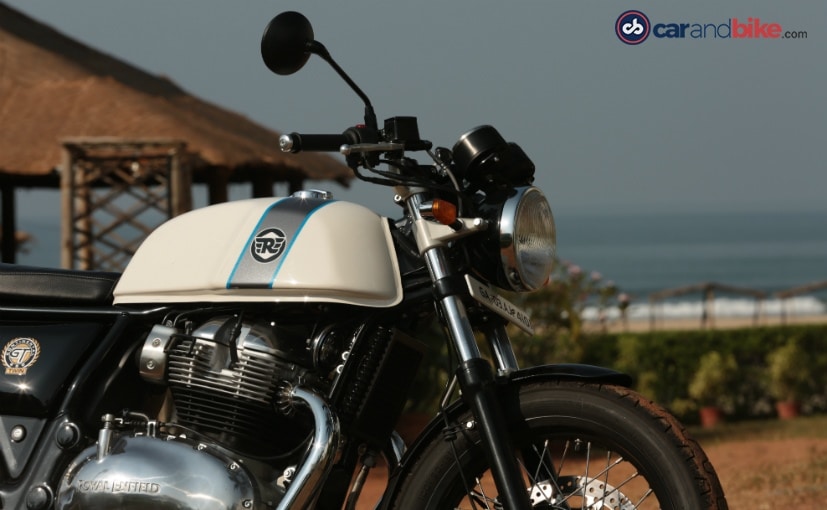 The Royal Enfield Continental GT 650 makes a very good case as a great second bike for in-city duties. It's fun to ride, looks great and has a fantastic engine.

Our test ride for over two hours in Goa was enjoyable, but towards the end, the committed riding position makes you yearn for the more relaxed riding position of the Interceptor 650. So, maybe long hours on the highway aren't exactly what you'd want to be doing with the Continental GT 650. But for a great everyday bike, which looks great, sounds great, and is an absolute cracker of a bike for the money you pay, by all means check it out. Royal Enfield has made a cool, cafe racer with the personality and performance to make every ride enjoyable. If that is what you're looking for, and that too, at an unbelievable budget, it will be worth every dime you spend on it! A lot of current big bike owners in India may well be considering getting this cool cafe racer, that too, at a very reasonable price! As for me, I need some more saddle time with the 650 Twins!