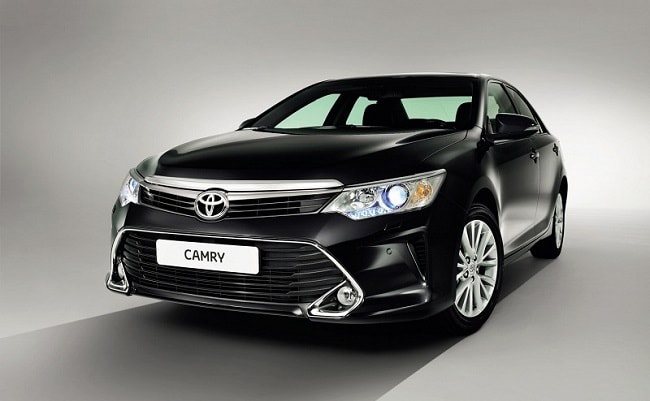 Toyota India, today, launched the 2015 Camry facelift in the Indian market. While the petrol model of the saloon is priced at ₹ 28.80 lakh, the hybrid version comes at ₹ 31.92 lakh (ex-showroom, Delhi). The company has given changes to both the exterior and interior of the car.

The updated model gets a new front fascia. It now features new large lower grille, which looks quite similar to the one in Corolla. The upper grille, however, is relatively thinner. The front fascia also gets new LED-infused head-lights, large air intakes and chrome-surrounded rectangular shaped fog-lamps. Then there is also the updated bumper and a slim chrome strip running across the width of the car. Though the side profile of the car remains largely similar, the newly designed alloy wheels add to its sporty appeal. 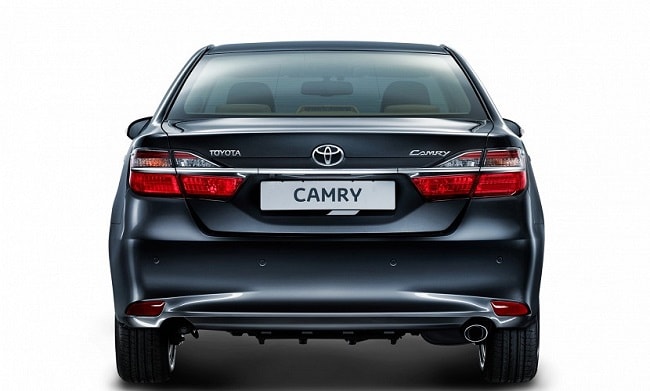 Inside the cabin, the 2015 Camry receives a new multi-function steering wheel, a 4.2-inch colour TFT display, a new backlit instrument cluster, a new infotainment system and few other changes.

Since it's just a mid-life facelift, the vehicle receives no mechanical updates. Powering Both the Camry petrol and Camry Hybrid models continue to derive power from the same 2.5-litre petrol unit that churns out 158bhp and 213Nm. While with the electric motor, the total output produced by the engine is 202bhp and 233Nm.