Catch all the Highlights from the 2018 Ducati Monster 821 launch here: 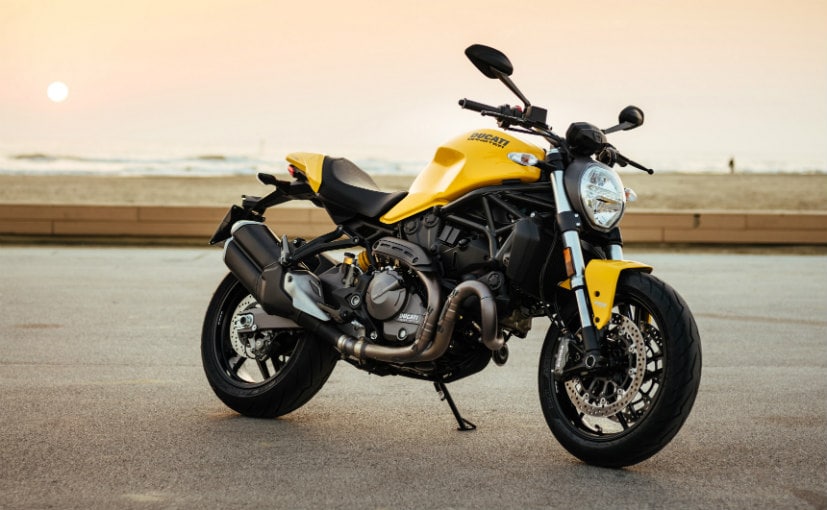 Ducati India has launched the 2018 Monster 821 street-fighter motorcycle in the country priced at an introductory ₹ 9.51 lakh (ex-showroom). The Ducati Monster 821 was launched in 2016 and but discontinued last year after the BS-IV emission norms were brought in place. The Monster 821 now makes a comeback in a revised 2018 avatar with styling upgrades, new features and a BS-IV compliant powertrain. In a first, Ducati India launched the new Monster 821 in a rather innovative way with the proceedings happening on Twitter, instead of venue based event.

The 2018 Ducati Monster 821 borrows several design elements from the original M900, as the Monster series completes 25 years. The fuel tank design has been revised and is shared with the Monster 1200, but gets a lock on the fuel tank, paying tribute to the original Monster. The tail section is slimmer and inspired from the M900, while the headlamp cluster is new and now gets the full LED treatment. The new Monster 821 also gets a full TFT colour instrument console that allows a host of information, while Ducati Multimedia system is offered as optional.

Now BS-IV compliant, the new Ducati Monster 821 draw power from the same 821 cc L-Twin Teststretta engine, which has seen a drop in power. The motor now makes 108 bhp and 86 Nm of peak torque, while paired to a 6-speed transmission. Other mechanical bits remain the same with USD forks up front and a monoshock at the rear, while braking power comes from Brembo units with three-level Bosch ABS as standard. You also get eight-level Ducati Traction Control, and three riding modes - Sport, Urban and Touring as part of the package.

At ₹ 9.5 lakh (ex-showroom), the 2018 Ducati Monster 821 is nearly ₹ 1 lakh cheaper than the 2016 edition that was discontinued, but still at a premium over its rivals like the Suzuki GSX-S750, Triumph Street Triple S and the Kawasaki Z900.

Catch the Highlights from the 2018 Ducati Monster 821 launch here: 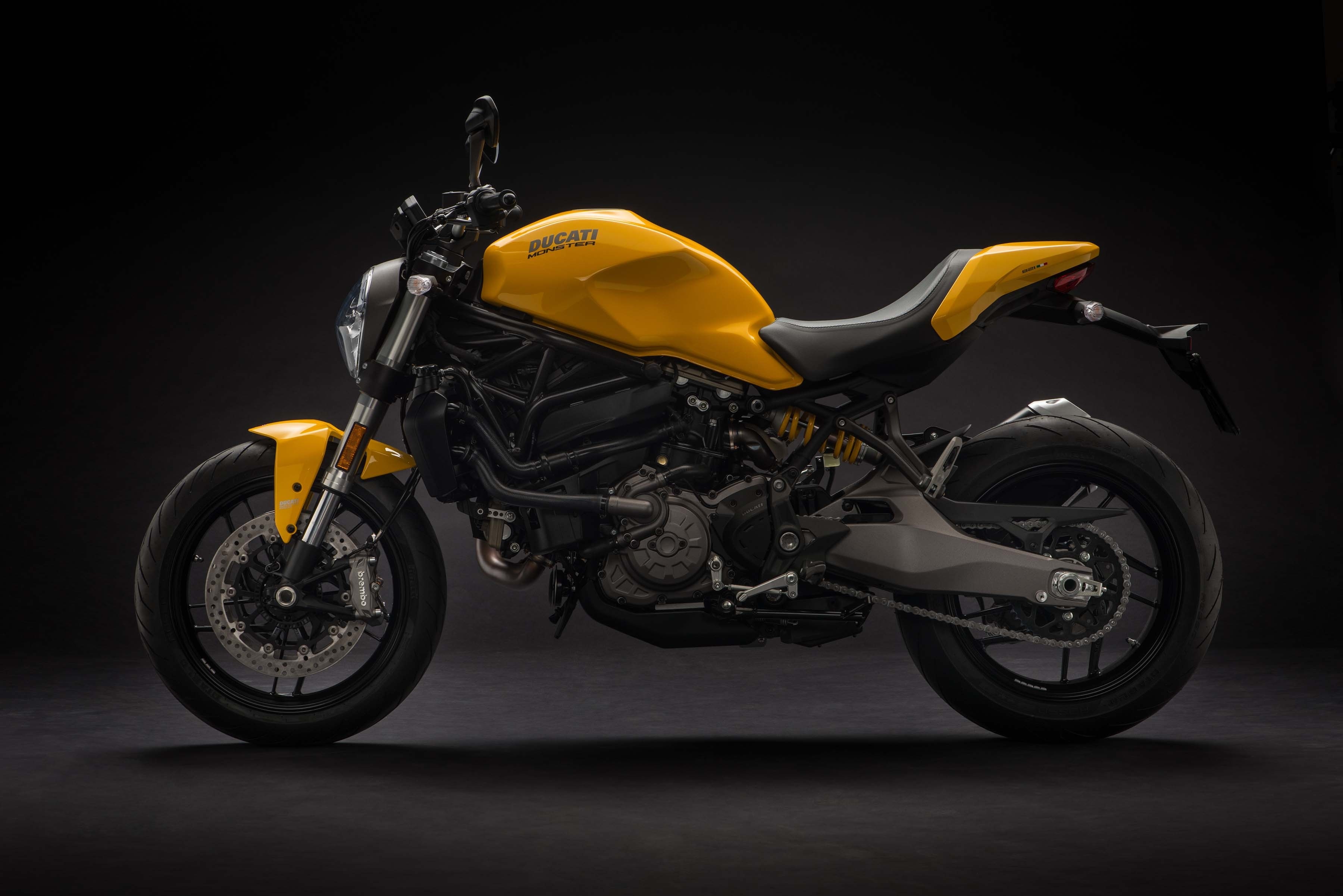 The Yamaha MT-09 directly competes against the Monster on the pricing front with a price tag of Rs. 9.55 lakh (ex-showroom). 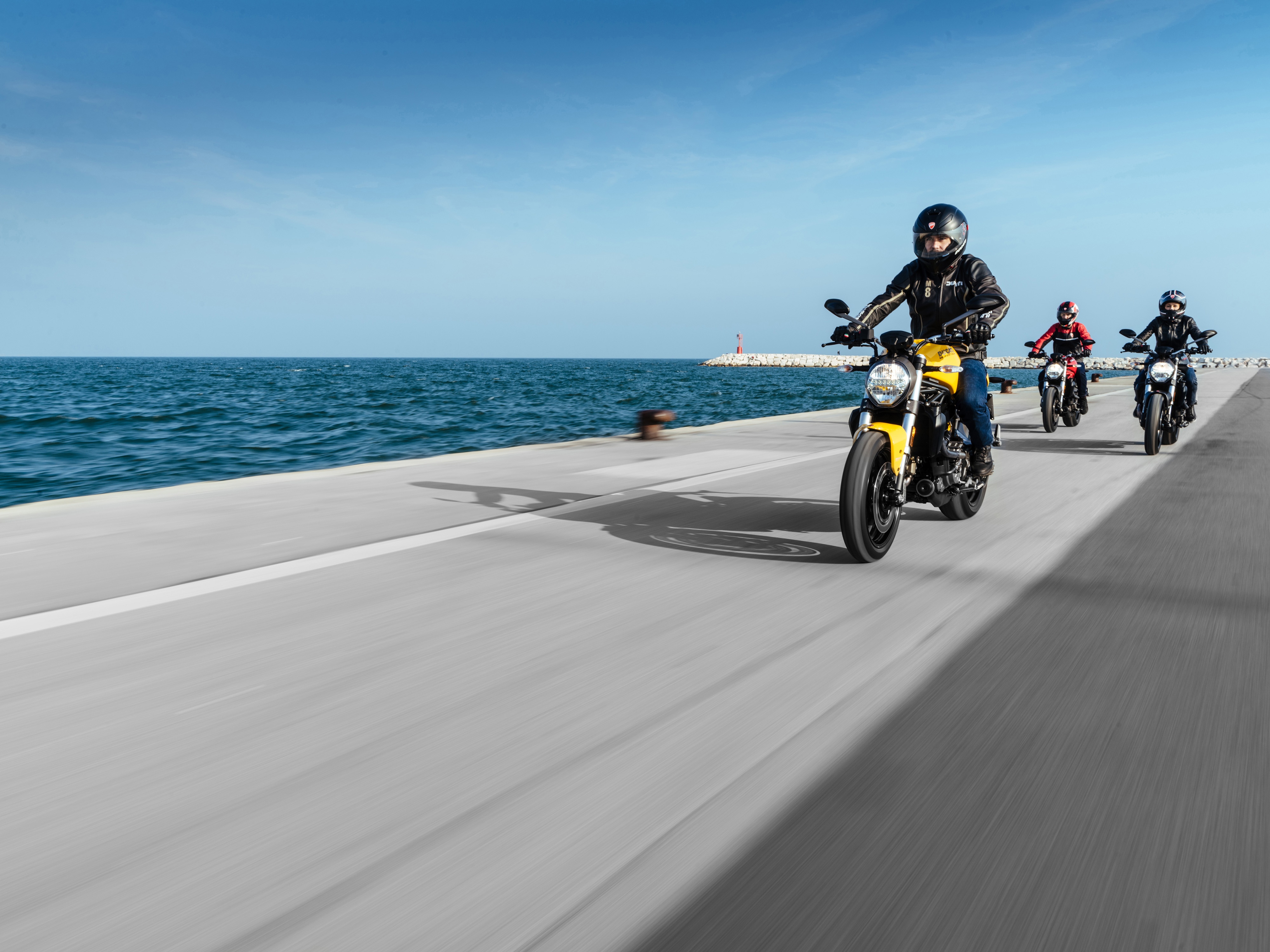 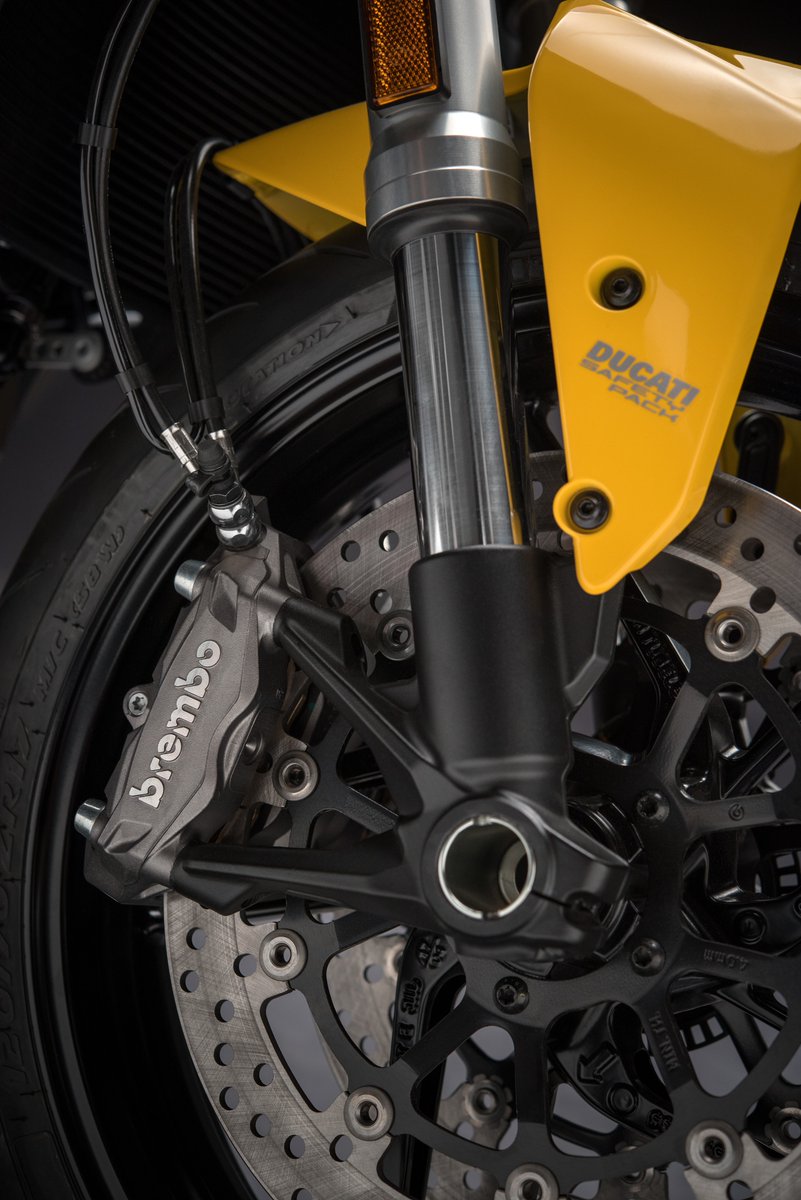 The different setting transforms the bikes capabilities for a more versatile riding experience. 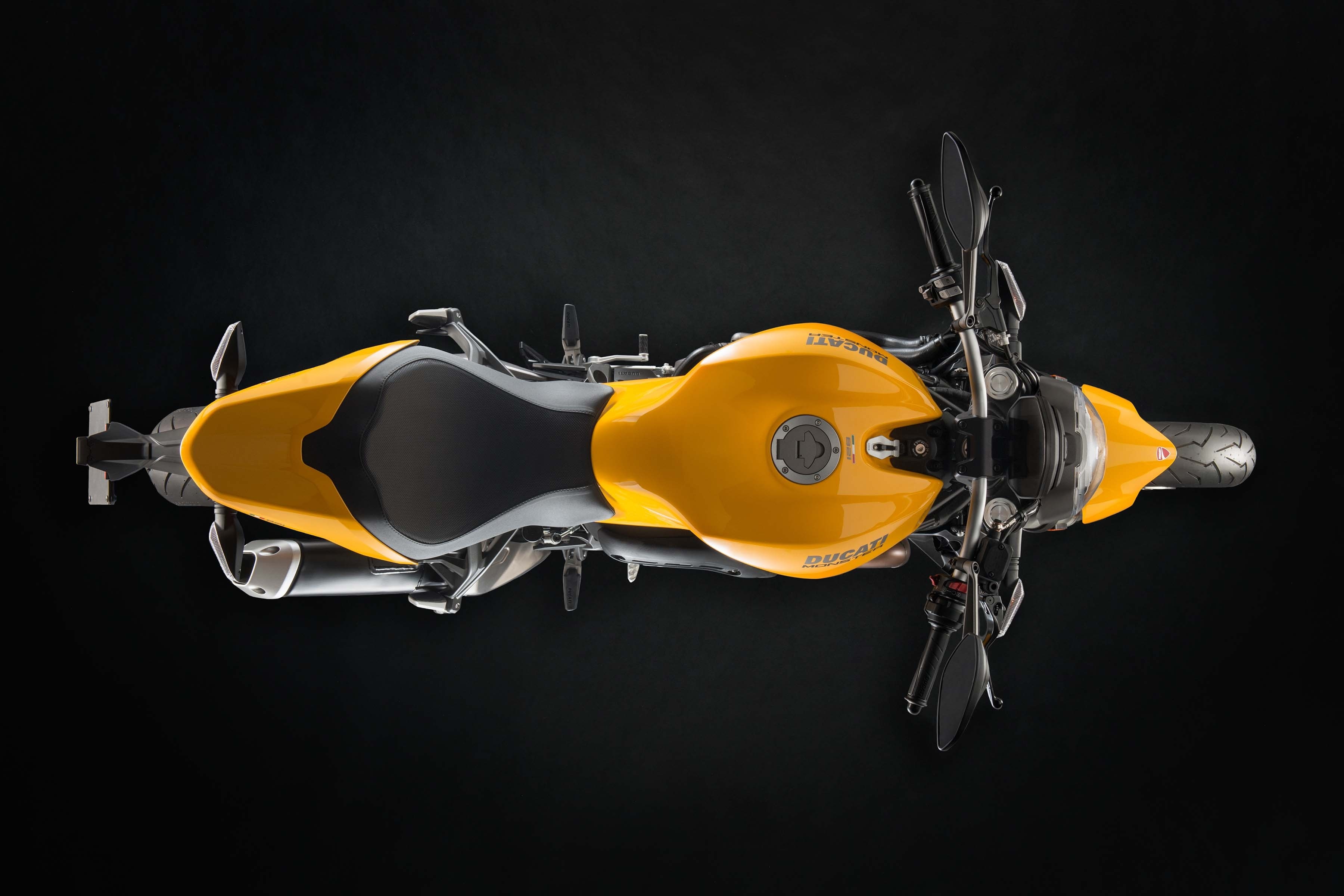 Also available as part of the accessories list is the Ducati Quick Shift (DQS) system. The DQS allows the rider to change gears without the use of the clutch. 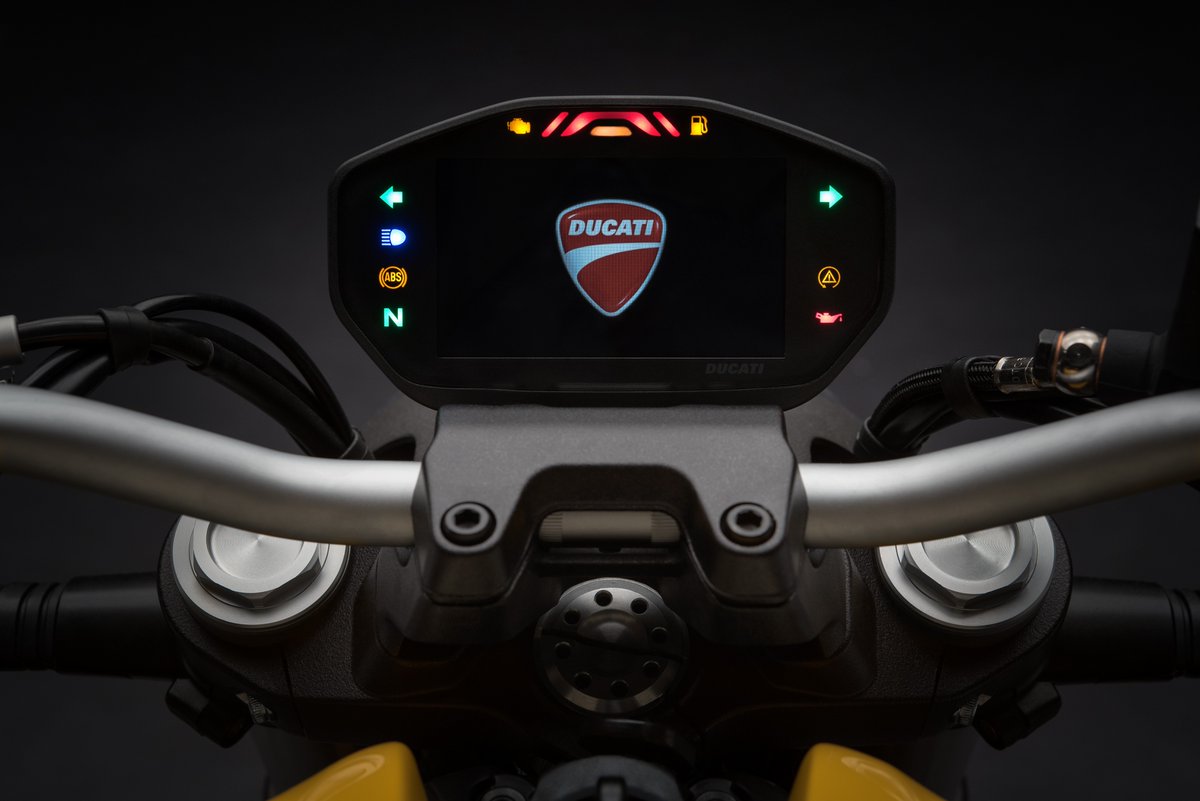 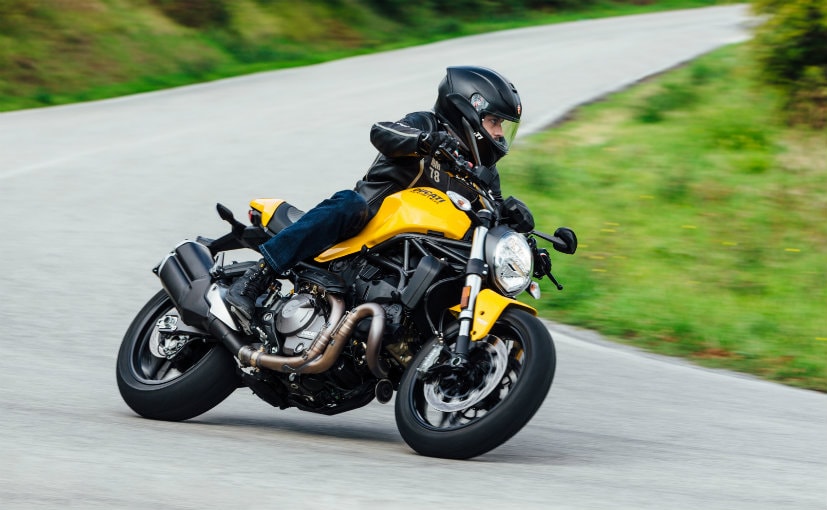 The aggressive pricing on Ducati's end, but still more expensive than the competition. 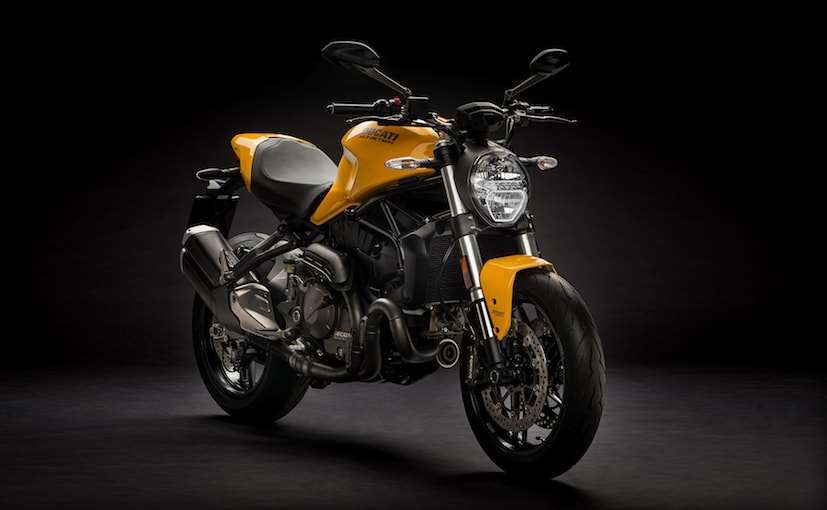 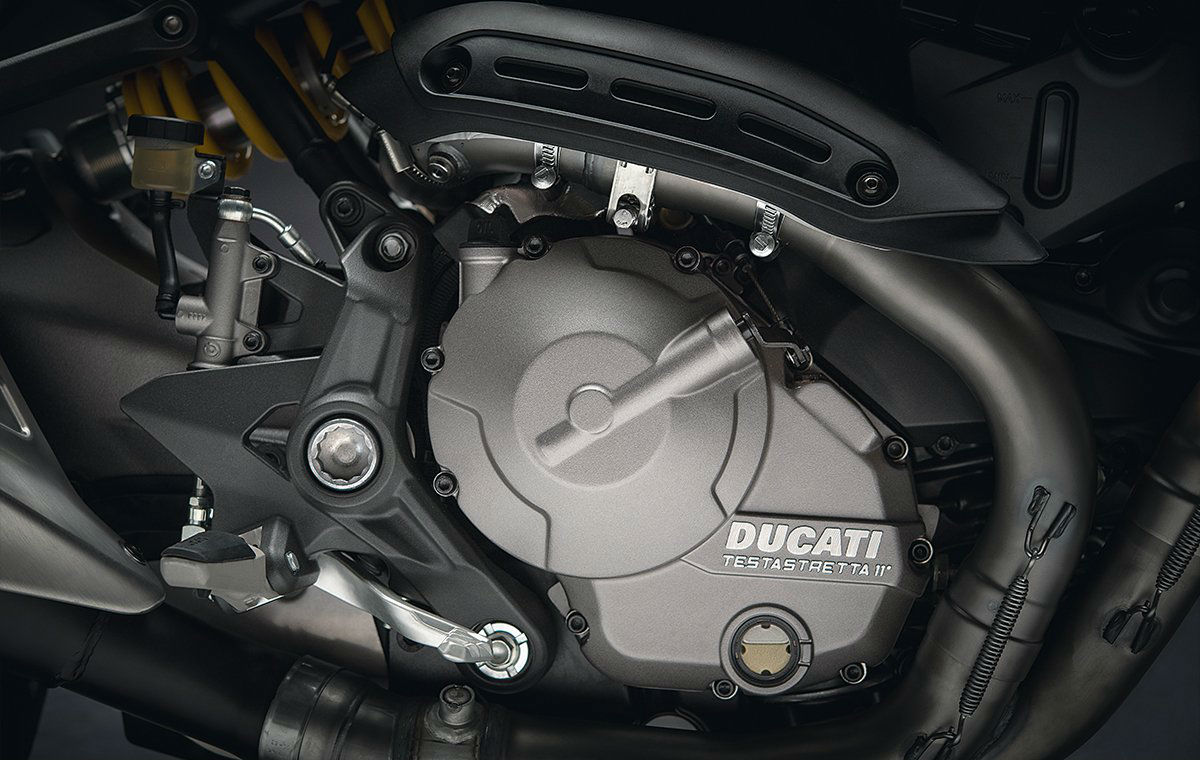 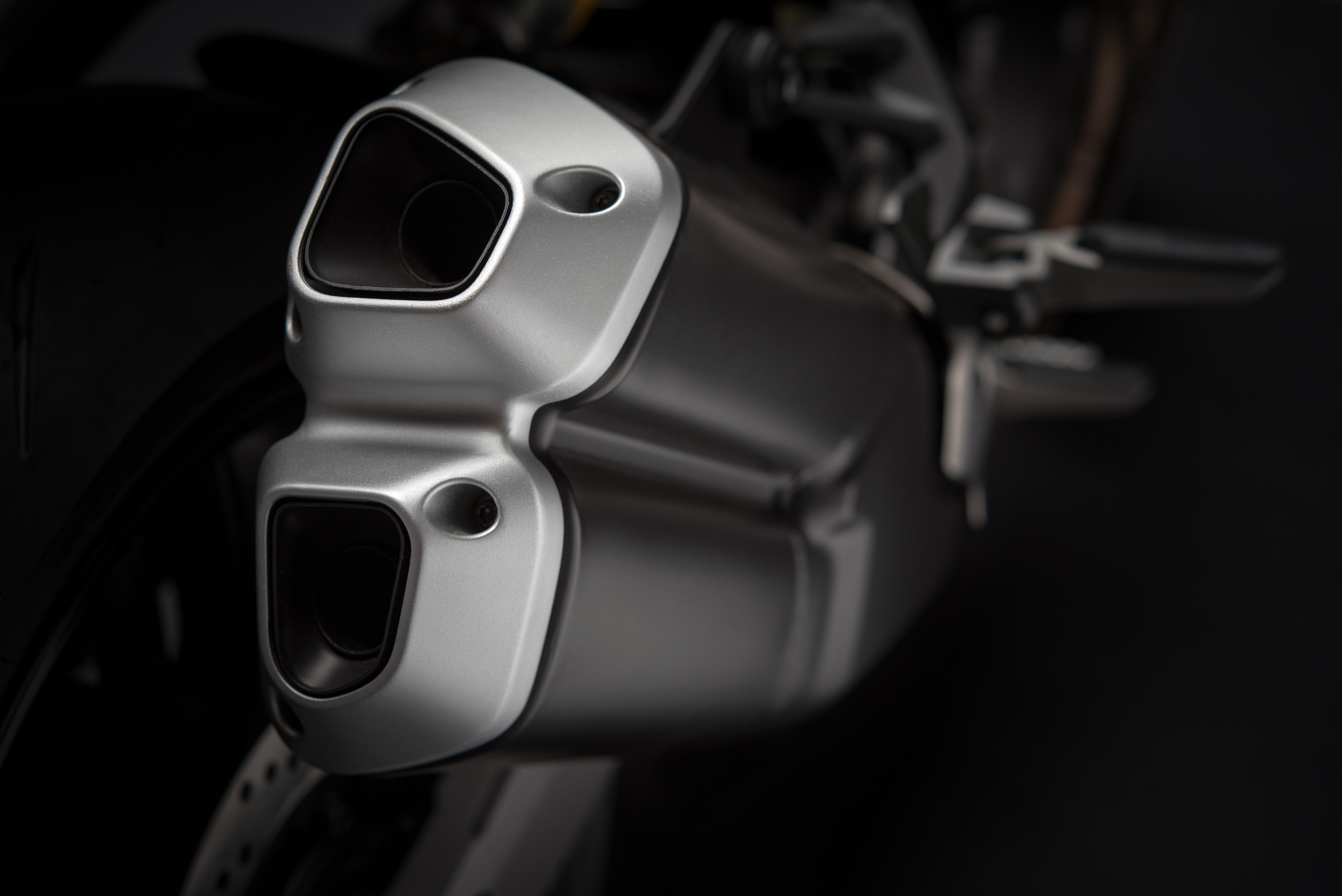 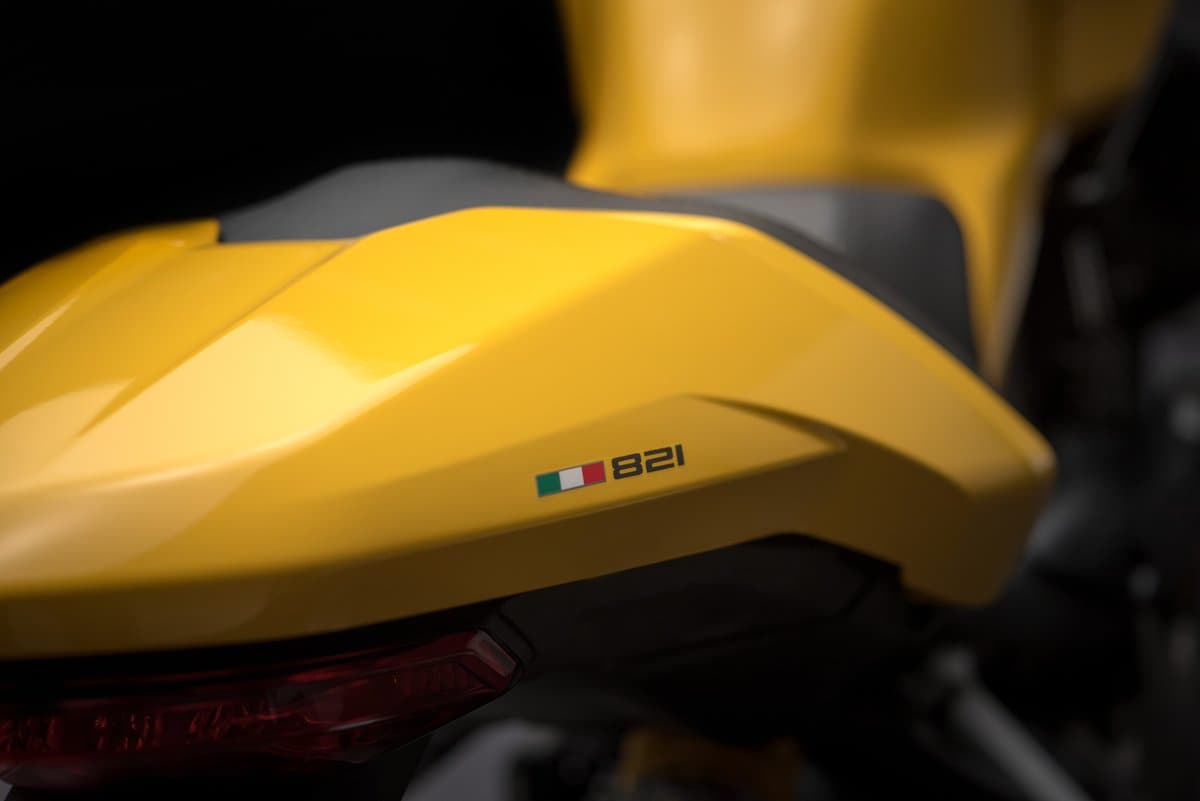 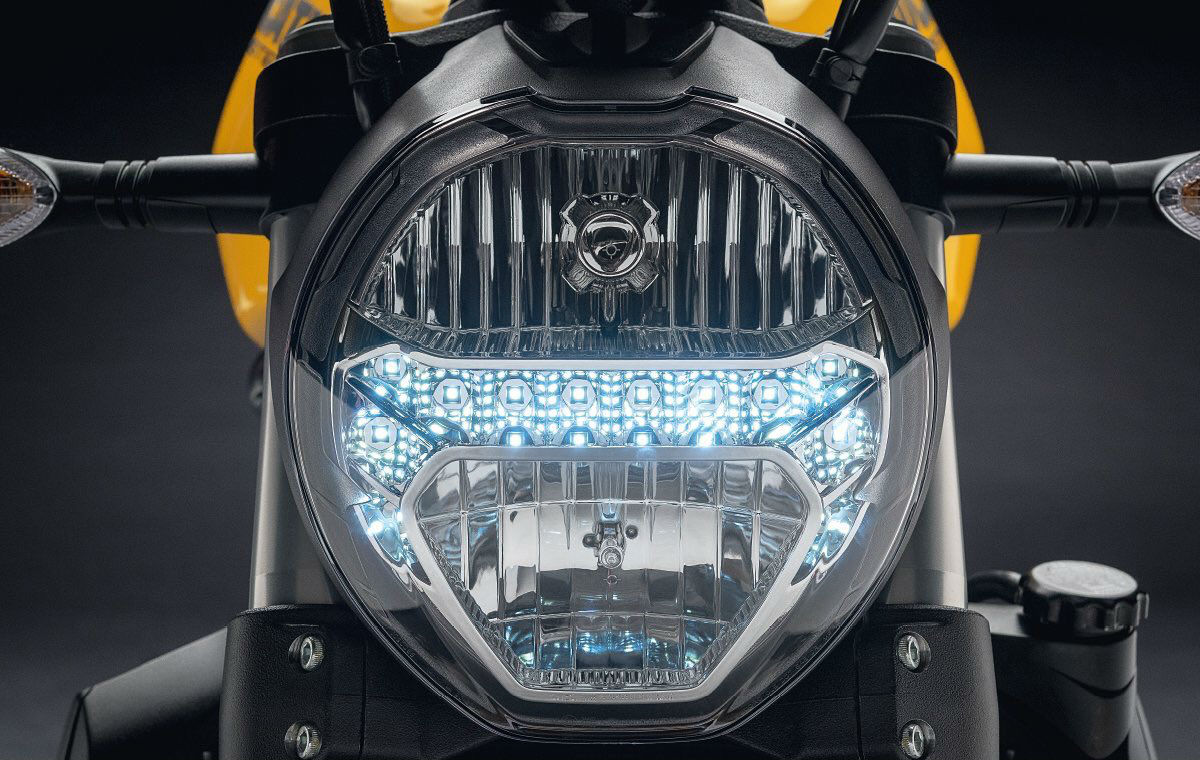 The idea behind the Monster series was to keep the bike to a bare minimum over with an exposed frame, minimum bodywork and powerful engine.

The Ducati Monster gave birth to the concept of a 'sport naked' and has risen to the status of an icon ever since. 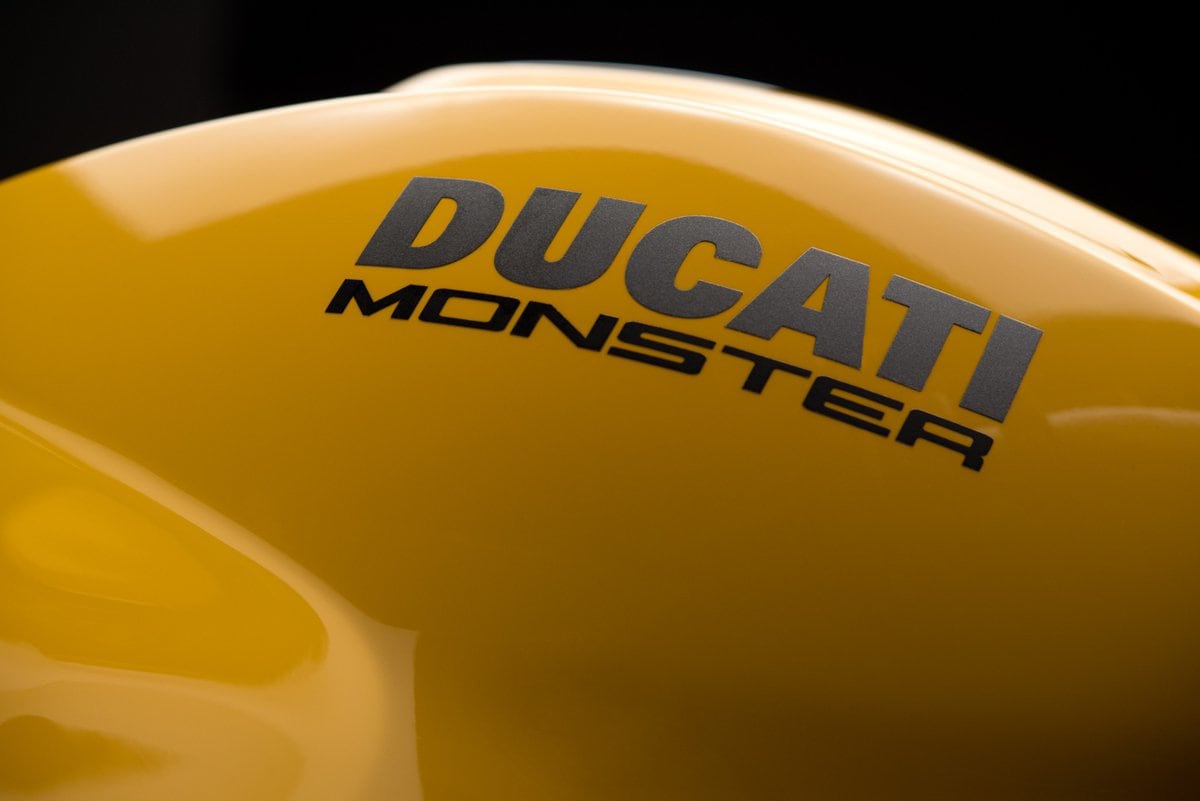 The yellow paint scheme will be joined by the iconic red and black shades on the motorcycle. 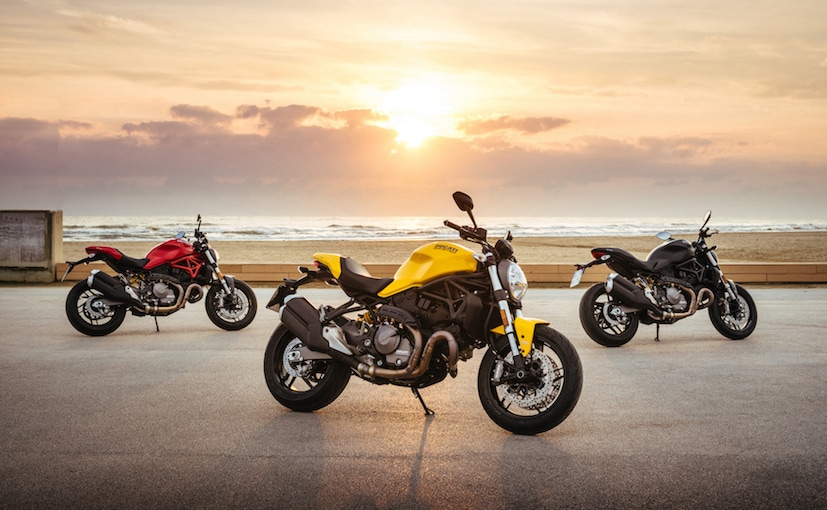 01:31 PM
The Ducati Monster 821 was launched in India in 2016, but was discontinued last year due to the BS-IV emission upgrades.

The new Ducati Monster 821 comes with a host of upgrades on the 2018 model, in-line with the global update. 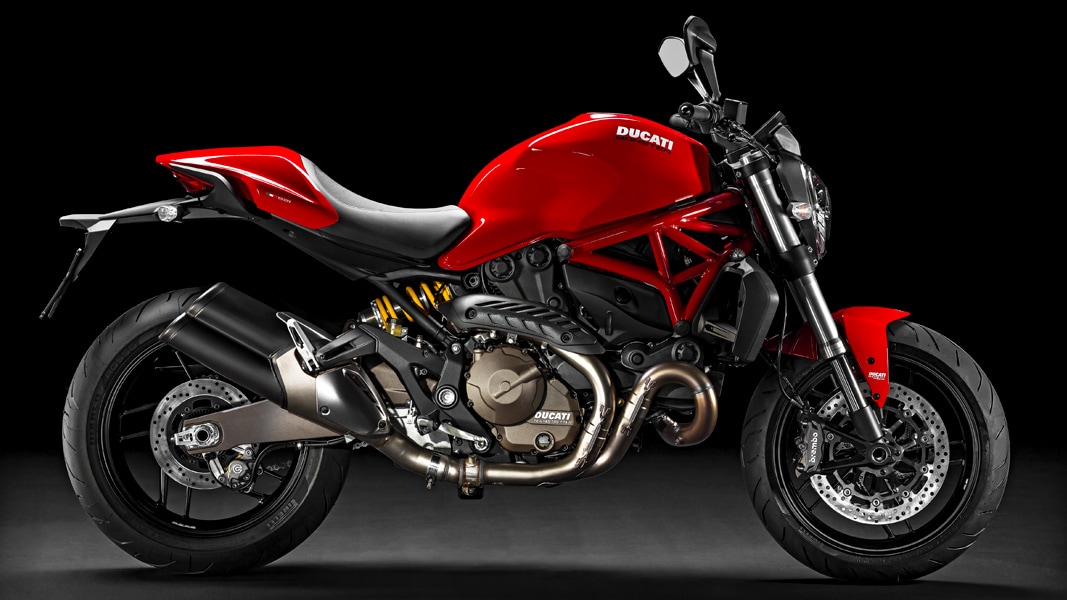 Stay tuned for all the updates from the launch. 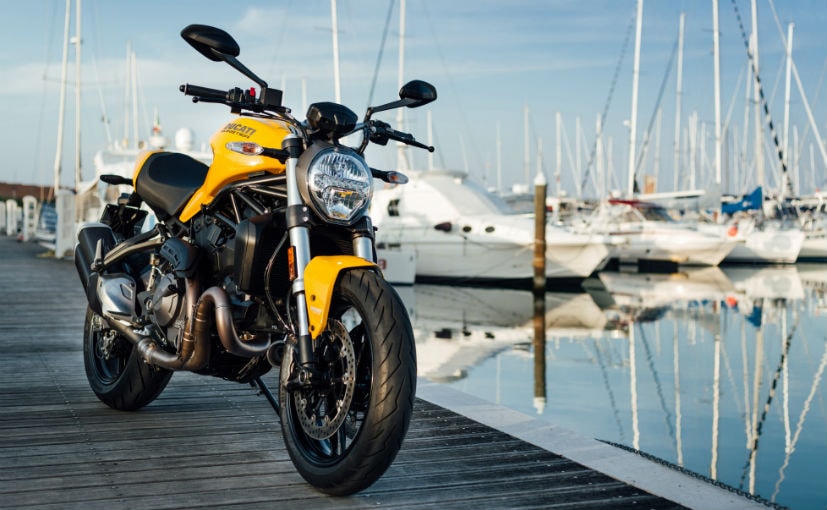 Ducati SuperSport
₹ 12.04 - 13.55 Lakh *
View More
Subscribe to Our Newsletter
Over 1.5+ Lakhs subscribers
Thank you for Subscribing to Us
x