The 2019 BMW 3 Series officially breaks cover at the Paris Motor Show in a completely new avatar and is underpinned by the automaker's new CLAR platform. 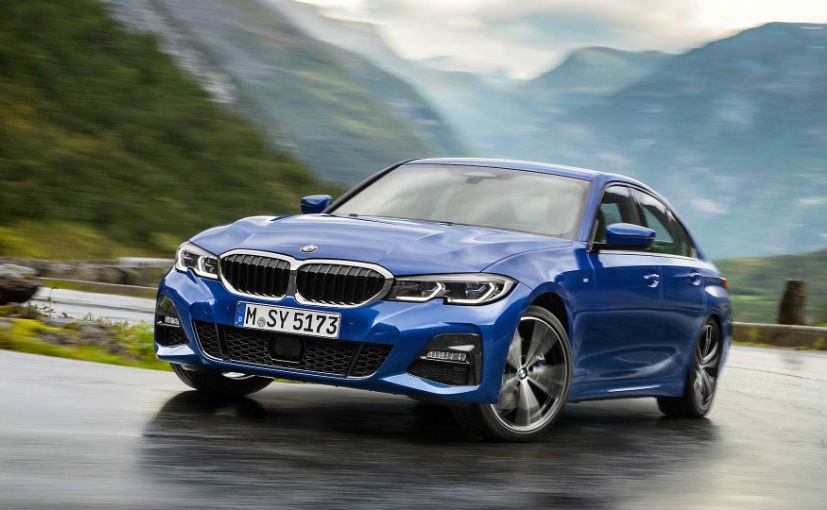 The 2019 BMW 3 Series has been officially revealed at the ongoing Paris Motor Show, a day after images of the new sedan were leaked online. The seventh generation 3 Series is completely new in every possible way and the model comes with plenty of changes over its predecessor a it will take on the Mercedes-Benz C-Class, Audi A4, Jaguar XE and the Volvo S60. With the new generation, the 2019 BMW 3 Series is all set to take the top spot against its rivals in the in the premium sedan segment. The new generation BMW 3 Series sports an evolutionary design, much in-line with the new 5 and 7 Series models, which is both functional and aesthetic. 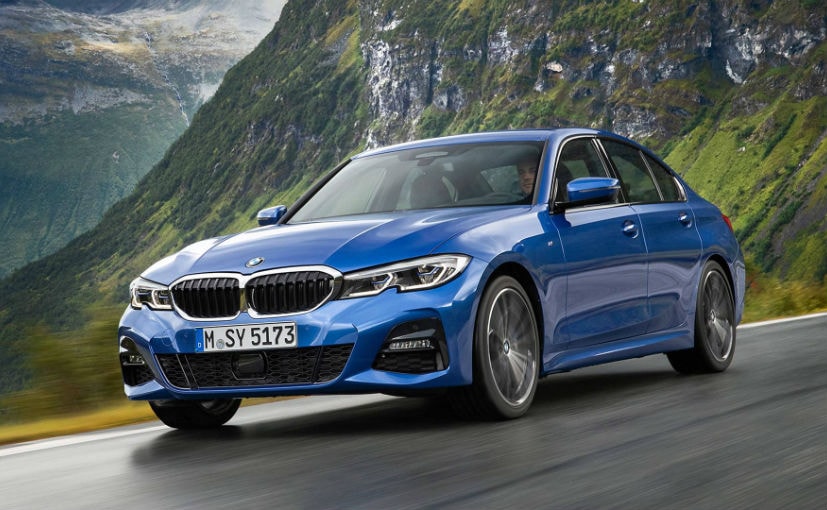 The large kidney grille on the 2019 BMW 3 Series is inspired from the 8 Series, while the headlamps look sharper than ever and will get LEDs with L-shaped DRLs and BMW's new laser lights are optional. The bumper has been revised completely which gets larger air-intakes on the M-Sport version, and incorporates fog lamps on the standard model. There are a host of lines on the bonnet for that masculine appeal, while the overall stance is very much identifiable as a 3 Series. At the rear, the new 3 Series gets the stretched LED taillights that take prominence. 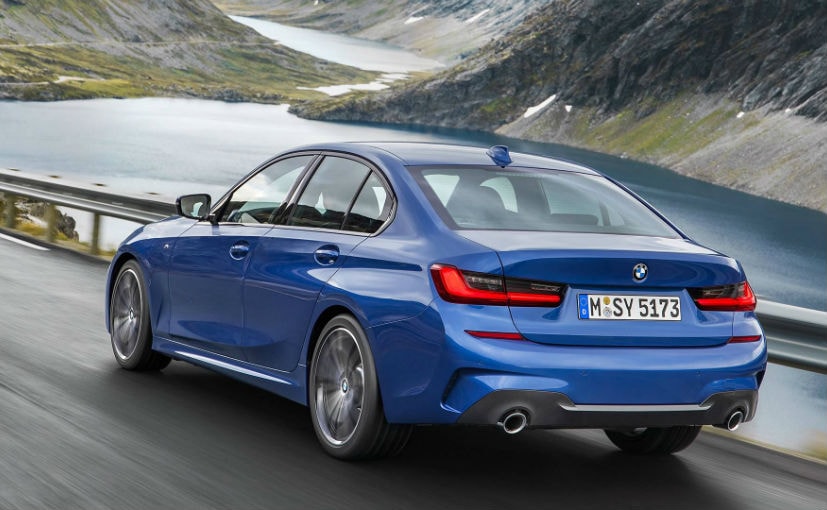 The 2019 BMW 3 Series has grown in dimension with the length witnessing a 76 mm increase over the predecessor. The wheelbase has been increased by 41 mm, with the front rack broader by 43 mm and the rear is up by 21 mm. The boot capacity has also increased on the sedan that now stands 481 litres, while there's additional 37 litres of  space across the cabin. Based on the CLAR platform, the new 3 Series has lost 55 kg in kerb weight, depending on the version you choose, and the car has a drag co-efficient as low as 0.26 cd. 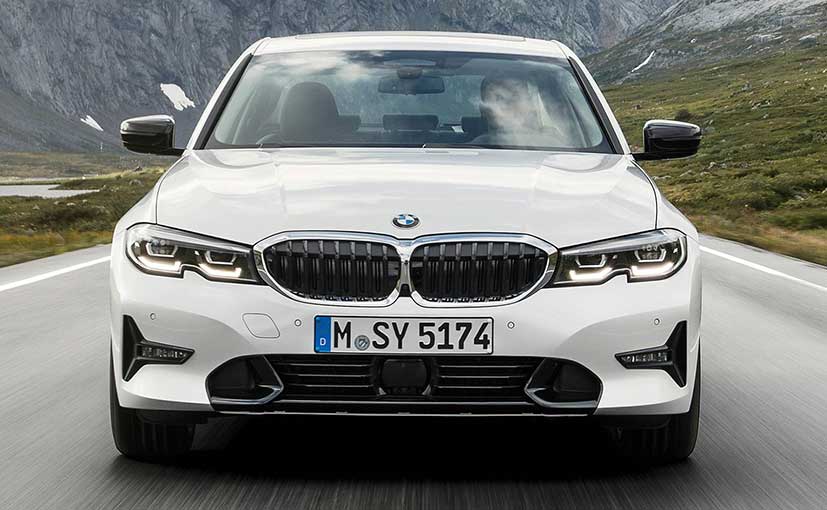 (The new BMW 3 Series comes with L-shaped LED DRLs, while the new Laser lights are optional)

Inside, the 2019 BMW 3 Series gets an overhaul in favour of a more modern layout. The centre console now integrates the 8.8-inch infotainment display that comes with a host of connectivity options and system settings, while the analog instrument console has given way for a 8.8-inch display. A 10.25-inch touchscreen infotainment system and a 12.3-inch instrument display can be had as optional. The car also gets the BMW Intelligent Personal Assistant that responds to prompt "Hey BMW." 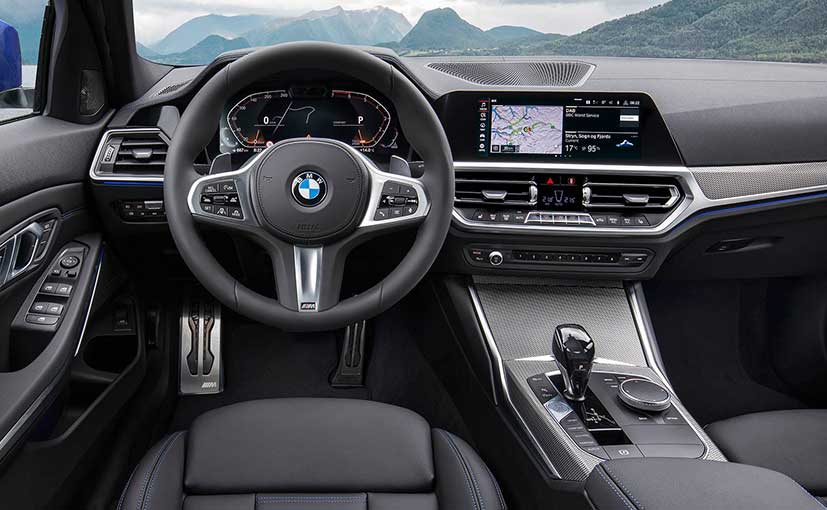 Engine options on the new generation 3 Series include the 2.0-litre twin turbocharged four-cylinder petrol with 255 bhp and 400 Nm of peak torque. There's also the more powerful 3.0-litre turbo in-line six cylinder petrol engine with 382 bhp and 500 Nm of peak torque and will be seen on the 340i xDrive, which will get All-Wheel Drive. The BMW M340i xDrive is capable of hitting 0-100 kmph in 4.2 seconds, which makes it one of the fastest sedans of its class. Both engines will come paired with the 8-speed Sport Steptronic automatic transmission that has seen improvements for fastest gear shifts. The new 3 Series will be available in both rear and all-wheel drive layouts, the latter being rear biased. Diesel options will include the 2.0 and 3.0-litre engine options for the 320d and 330d models. There's also the 330e plug-in hybrid set to arrive in 2020. 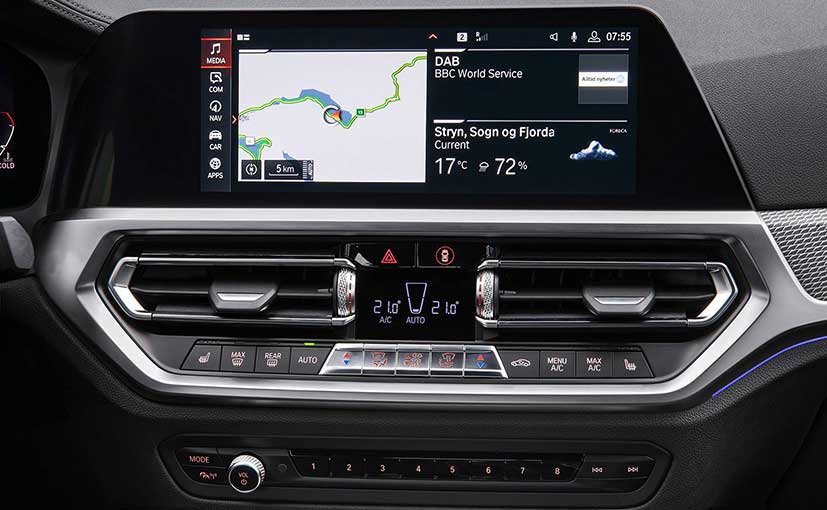 Other upgrades on the seventh generation BMW 3 Series' overall body rigidity is up by 25 per cent, increasing to 50 per cent in certain areas. The suspension spring rates have increased by 20 per cent and complemented by the M Sport and the Adaptive M suspension. The new 3 Series is also using lift-related dampers for the first time as part of the standard chassis. The car's trademark 50:50 weight distribution continues to be present on the new model as well, which will make for an engaging driving experience. 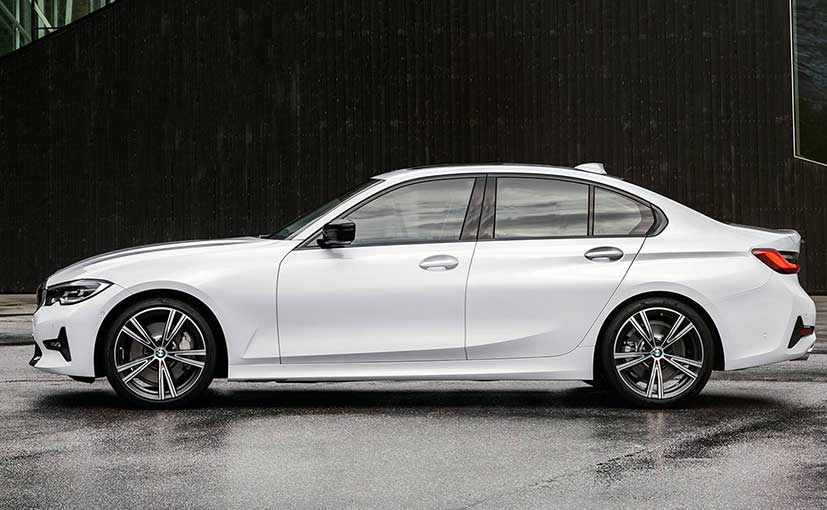 BMW has also announced a host of driver assistance tech on the new 3 Series including adaptive cruise control, Extended Traffic Jam Assist, gesture control and more. Sales for the new generation BMW 3 Series will commence in Europe by the end of this year, whereas the India launch can be expected around early 2019.