The 2019 Elantra is expected to go on sale in India later this year with BS4 engines, while it will be upgraded with BS6 units close to the deadline. 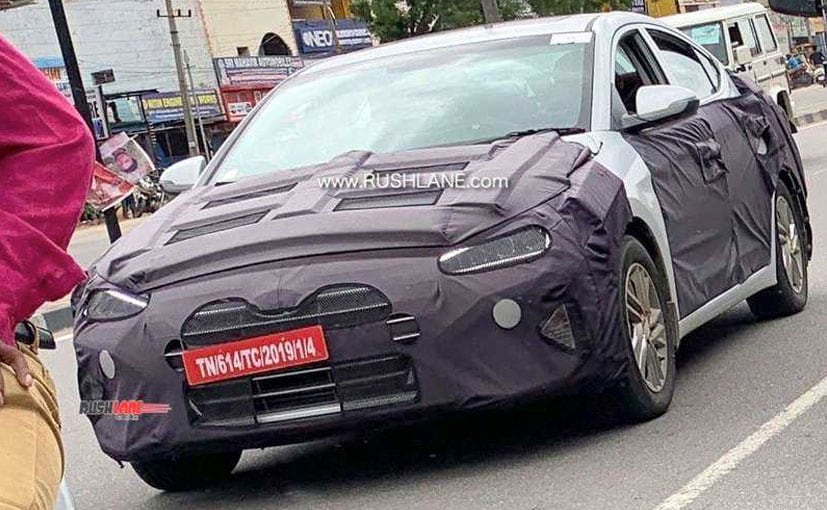 A new set of spy images of the 2019 Hyundai Elantra Facelift have surfaced online giving us a closer look at the upcoming model. The India-spec next generation model is likely to look identical to the one sold in the US and changes are expected to be subtle in elements. For instance, the alloy wheels on the test mule car is finished in silver whereas the American-spec model gets metal black wheels and we can expect minor changes on the inside as well. Despite the heavy camouflage and pseudo claddings, the massive cascade grille and trapezoidal fog lamp housings are quite apparent. The projector-beam headlamps on the previous-gen model have been replaced by new LED units which look slim and quite modern. The camouflage has managed to mask the profile quite well at the side and rear. However, there are no wraps on the pillars and the chrome finish on the window line is inevitable. Now moving to the rear, the first thing that differentiates it from the current car is the licence plate housing which has moved down below in the bumper and then the triangular LED tail lamp units which inset into the boot lid. We can also see the reverse camera popping out of the boot lid. Though the rear is mostly covered, having seen the global model we can safely infer that even the India-spec car will look as sculpted and stylish. 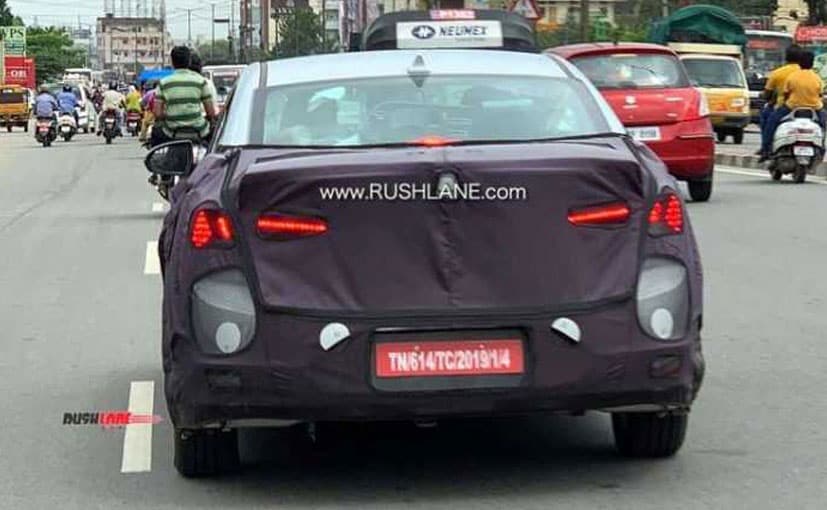 The global-spec 2019 Hyundai Elantra also comes with a host of new safety features like - forward collision warning with automatic emergency braking, blind-spot monitors, lane departure warning with active lane control and a rear-view camera with cross-traffic alert. Additionally, it also gets a pedestrian detection system and a feature called Safe Exit Assist that alerts the passengers of a potential danger while exiting the sedan. In terms of features, we expect it to get Hyundai's latest connected car Bluelink tech along with a range of bells and whistles which are common in the executive sedan segment.

Under the hood, the 2019 Hyundai Elantra is likely to continue with the existing 2.0-litre petrol engine and a 1.6-litre diesel motor for the time being. Transmission options for both the engines include a 6-speed manual gearbox and we expect Hyundai to also introduce the 7-speed DCT automatic transmission which is seen on the global model. The 2019 Elantra is expected to go on sale in India later this year with BS4 engines, while it will be upgraded to BS6 units close to the deadline.

Toyota Prius
₹ 45.09 Lakh *
Subscribe to Our Newsletter
Over 1.5+ Lakhs subscribers
Thank you for Subscribing to Us