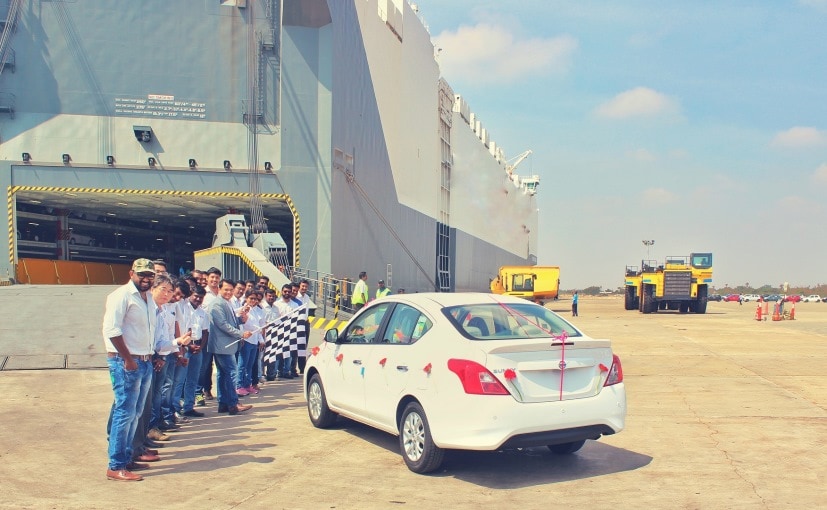 Achieving a new milestone for itself in the Indian auto industry, Japanese automaker Nissan today announced that it has exported 700,000 made-in-India cars in the past 7 years. These export numbers include both Nissan and Datsun cars and were all manufactured at the Renault-Nissan Automotive India plant in Chennai. These India-made Nissan and Datsun cars are exported to 106 countries across the globe, thus making India a major export hub for the carmaker.

The company has also pointed that apart from being a key hub for completely built-up units (CBU), India is also a major source of parts supply. In fact, it ranks in the top four in the volume of parts shipped within Nissan global operations. The company said that it has exported over 2500 types of manufactured parts to about 25 Nissan and Renault plants in 18 countries. For Nissan, the Micra has been the most-exported model out of India; other export models in the product line-up include Nissan Sunny, Datsun GO, Datsun GO+ and the Datsun redi-GO. There has been increasing demand for Datsun models from India in international markets in particular. 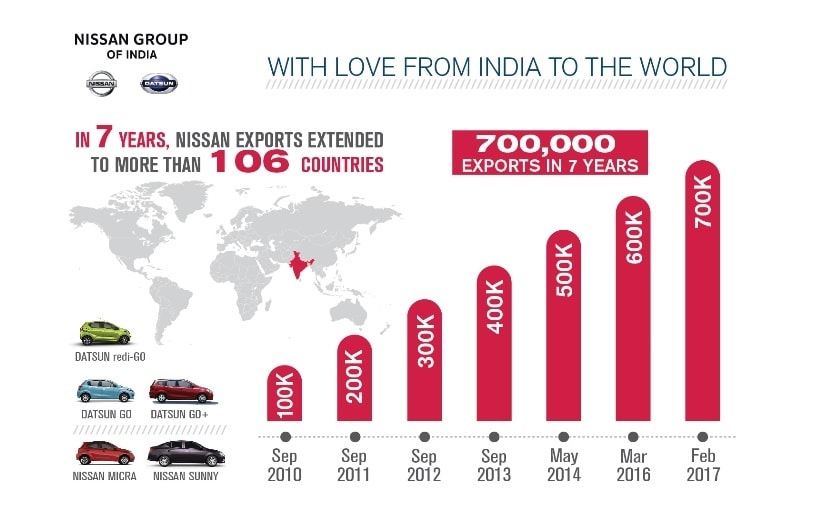 Commenting on the occasion, Guillaume Sicard, President, Nissan India Operations said, "Coupled with this exports achievement, in January we were the fastest growing domestic auto company in the country, and overall the second fastest growing OEM this fiscal year so far. The teams at our manufacturing facility and R&D operations in Chennai have worked tirelessly to help us achieve these milestones in our domestic and international markets. With our plans to launch eight new products for the Indian market by 2021 as announced earlier, the future is bright and exciting for Nissan in India."

Nissan first entered the Indian market back in 2005 and started exporting cars from the country in 2010. The company has been exporting vehicles to Europe, the Middle East, Latin America, Australia, New Zealand, and other destinations in Asia and Africa. Datsun GO+ found a new market in South Africa with the beginning of exports from July 2016. Datsun redi-GO exports to Sri Lanka started in August 2016, marking the re-entry of the Datsun brand in the country after 60 years.