The MINI Cooper SE is the brand's first-ever electric car with the electric motor churning out 184 bhp and a range between 235-270 km. 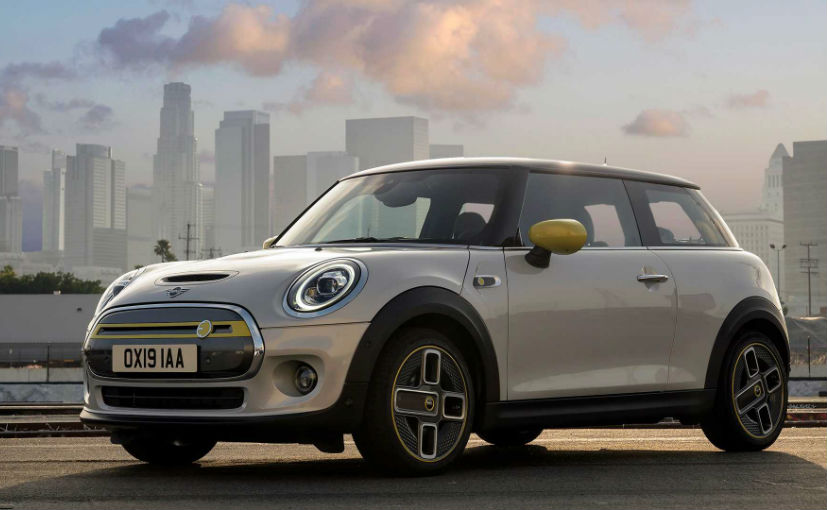 BMW has taken the wraps off the MINI Cooper SE, the British brand's first-ever electric car that has been unveiled after much anticipation. This also the BMW's all-new electric car after the i3 and is in fact based on the same platform as the latter.  The Mini election though is a front-wheel-drive hatchback and gives different power and performance figures compared to its German sibling, as well as the range from the lithium-ion batteries. Visually, the model nails the Mini design language and is in-line with the standard Cooper S that draws power from the petrol motor. 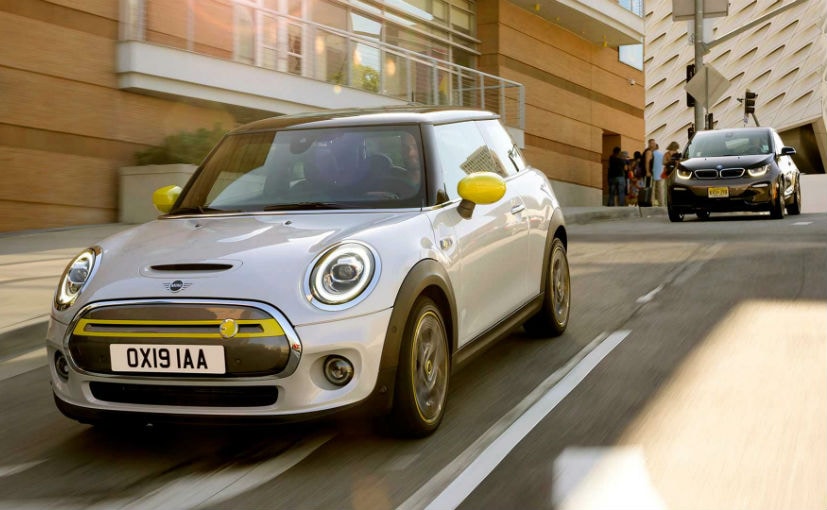 There are a host of changes on the MINI Cooper SE to denote its electric nature. The car gets bright yellow body accents on the front grille and ORVMs, while the funky alloy wheels have been carried over from the 2017 MINI Electric concept and do look good. The exhaust system is obviously absent on the Cooper SE and is the big giveaway of the car's electric nature, while the underside has been completely covered unlike the internal combustion engine (ICE) MINI to reduce aerodynamic drag. The interior too is based on the conventional version and the same dashboard with the circular-themed infotainment system. 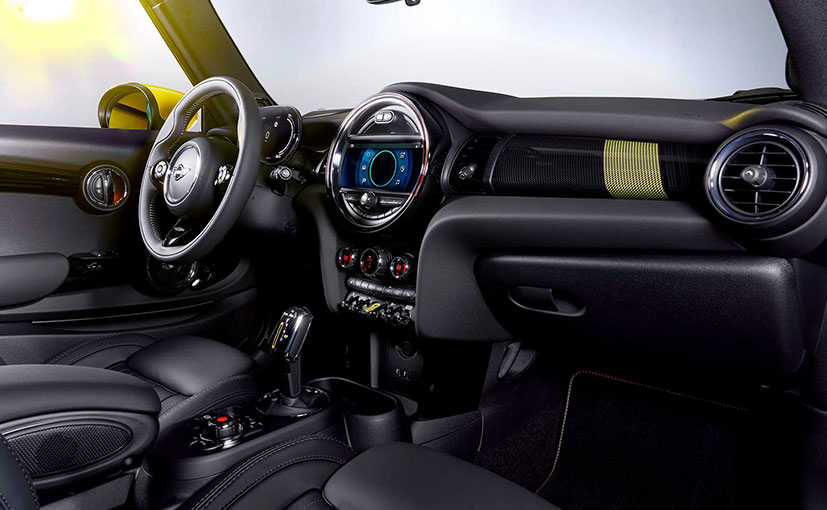 The talking points on the 2020 Mini Cooper SE are its figures. The electric hatchback makes 184 bhp and 270 Nm of peak torque from the electric motor and can sprint from 0-60 kmph in 3.9 seconds, while 0-100 kmph will come up in 7.3 seconds. With respect to the range, the Cooper SE has a range of 235-270 km from its 32.6 kWh battery based on the WLTP cycle. Now, those aren't exactly earth-shattering numbers considering the competition manages to offer better power in comparison. For instance, the Nissan Leaf makes 214 bhp and 340 Nm of peak torque, while offering a range of 384 km on the WLTP cycle from its 62 kWh lithium-ion battery. BMW says the car can keep up with sports cars for the first 200 feet, while the top speed is electronically limited to 150 kmph. 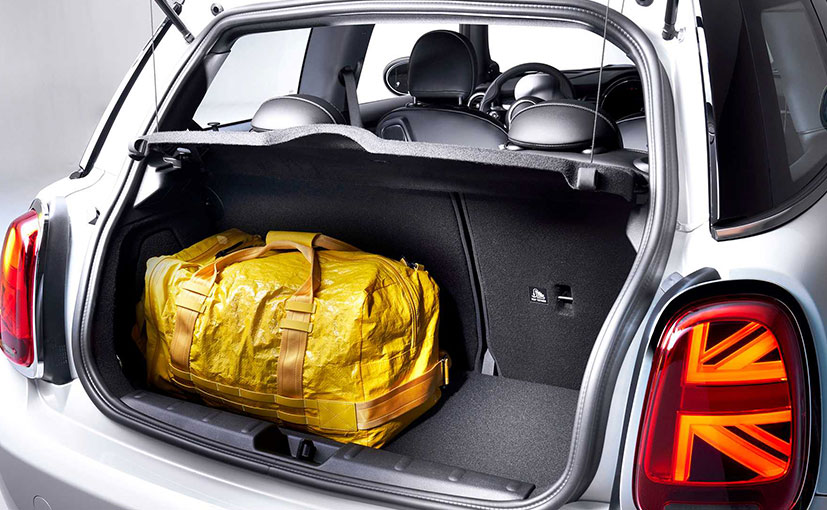 The battery is placed in the floor of the Cooper SE, which liberates the cargo capacity at 211 litres

The battery is placed in the vehicle floor that makes for 30 mm lower centre of gravity. This also aids in uninterrupted cargo capacity which remains the same volume as the standard ICE MINI three-door at 211 litres and is expandable to 731 litres with the rear seats folded. Helping keep the batteries safe, the Mini gets an 18 mm higher ground clearance. BMW also says that optimum weight distribution helps the Cooper SE remain agile around the corners. Compared to the standard version, the Cooper SE is only 145 kg heavier over the Cooper S automatic, largely due to the weight of the battery. 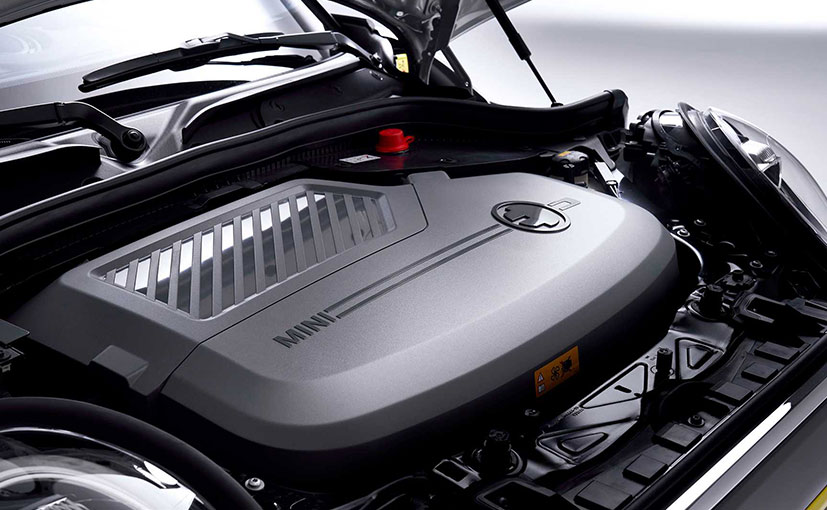 The electric MINI's charging connection uses Type 2 and CCS Combo 2 plugs for AC and DC charging. BMW says that the hatchback will charge up to 80 per cent in 35 minutes at a maximum capacity of 50 kW, while the standard charging option will take two and a half hours to reach up to 80 per cent with a capacity of 11 kW. 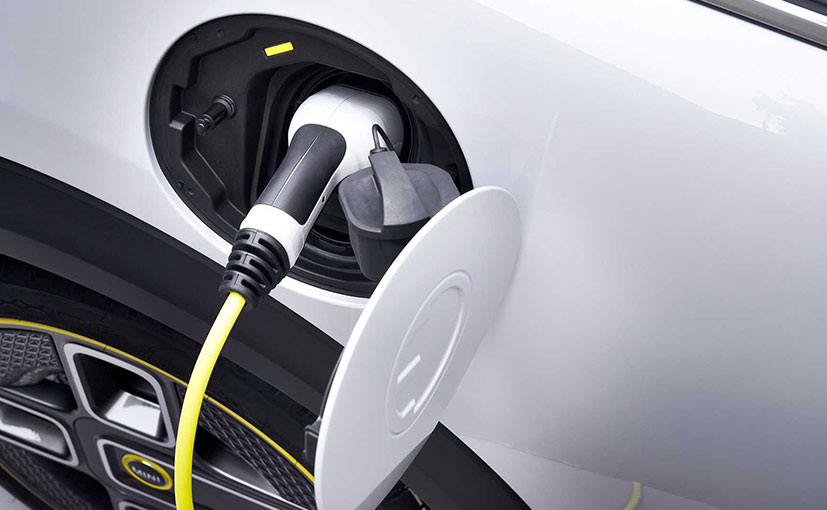 The new MINI Cooper SE will be manufactured in Oxford, UK, from November this year, and BMW has opened pre-orders for the model. The company says over 40,000 customers have registered their interest in the new offering and sales will commence across Europe first. The automaker hasn't announced if the Cooper SE will make its way to India, but the model could be launched in the future as a halo model in the MINI line-up. Prices for Germany have been announced at 32,000 Euros (around ₹ 24.59 lakh).